“That’s why I say hey man, nice shot.” It seems, that for Filter’s entire career, after six albums and a decade later, there isn’t a single the band has released that surpasses the fervor that “Hey Man, Nice Shot” inspires.

The crowd that gathered at the Opera House on Thursday night certainly concurred as audio samples taken from Budd Dwyer’s final moments decorated Richard Patrick’s personal – slightly twisted- homage to the man, moments before the opening bass riff was met with thunderous applause.

It seemed that everyone had smuggled in a joint for this one particular moment; it certainly smelled like it anyways, the smoke of it all camouflaged by the active fog machine, much to everyone’s convenience. By the time the song reached its unmistakable chorus, the floor of the Opera House had become the life of the party with people moshing, jumping, singing, pretty much anything one could do to further drive the communal energy of the show. It certainly renewed Richard’s vitality, after appearing rather exhausted throughout the beginning half of Filter’s set. After a heartfelt thank you and a quick survey of new and old Filter fans, Richard accepted all into Filter’s ‘Fold’ and along with his incredible touring lineup did a phenomenal job finishing the set with “Welcome to the Fold.

I’m not sure if it’s an intentional marketing ploy by the labels, or simple happenstance, but it seems that many of the metal and alternative bands that lived and died in the ‘90s are reuniting, and the ones that survived are touring the twentieth year anniversary of their hit album. When Coal Chamber’s debut self-titled record appeared in 1993, I was four years old. When they broke up in 2002, I was thirteen. I discovered the joyous chaotic energy of “Loco” at sixteen.  If you were to ask me if Coal Chamber was to reunite in the last ten years I would have dismal hope for it, but never actually believe it. So, as a fan born in the wake of Coal Chamber’s disbandment, I’d just like to state that I’m truly overjoyed they’ve reunited, are touring, and releasing a new album this May, and I only hope that more iconic acts from the 90s can follow Coal Chamber’s example

There has been a lot of online media promoting Coal Chamber’s new album, Napalm Records certainly seems to have done everything in their power to ensure that the reemergence of the band is a success.  The media campaign, coupled with the die-hard loyalty that metalheads are famous for, certainly resulted in success, given the crowd of people who filled the Opera House two nights ago.  It was slightly surreal as remnants of Toronto’s distinguished goth subculture from the ’90s blended with, well, my generation; combined with the right tunes from the right band, this coalition  of misfits from different times created one hell of a party Thursday night

Never would I have expected Coal Chamber’s set to start with their famous single “Loco”; such an obvious and simple idea that ultimately proved to be a brilliant one. Within seconds the floor of the Opera House exploded into a fury of bodies, the lead singer Dez Fafara simply stating, “You know what to do,” before tearing into the song. It’s almost impossible to adequately describe the level of energy that we as a collective reached that night.  With a set list that had a healthy variety of songs from all the band’s albums, plus their two new singles “I.O.U Nothing” and “Rivals,” the intensity of the whole experience simply grew as nostalgia fueled powerful emotions in everyone that could only be adequately expressed through unabashed partying.

The night reached it’s apex as vocalist Fafara began snarling the opening lines to “Sway” the memorable words, “Burn motherfucker, burn,” enthusiastically shouted by the audience before everyone on the floor – and I do mean everyone- launched into a frenzy as the floor came to life, bodies flew in all directions. The rapid manifestation of this chaos caught me and many others off guard as the beer soaked floor felled many trying to stay upright amidst the carnage.

Having been a fan of Devildriver for years, Fafara’s charisma and ability to motivate and hype up the crowd was nothing new, but I certainly never fathomed such a rapid manifestation of anarchy. Stick around a little longer Coal Chamber, Toronto could use a couple more shows like that. 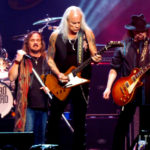 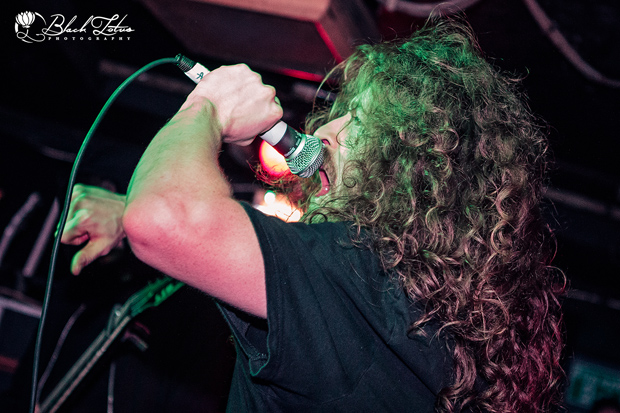