Now in their tenth year of tearing up venues across the country, Cancer Bats are set to release a brand new take on their sound and hold nothing back.

The Canadian kings of hardcore have undoubtedly had a tough year and their new album is an invigorating example that hitting bottom doesn’t mean that nothing can grow from that. From the rigours of a heavy tour schedule to the loss of those closest to them, the band has been through a lot and Searching For Zero is a testament to that.

Fans of Cancer Bats will immediately notice that while the trash-punk tendencies are still there, there is a new sense of simplicity as well as melodic sounds that are new to the band’s studio albums. This album encompasses each of their previous records and truly shines a light on how the Bats have grown through the years. From the gritty punk on Birthing The Giant to the metal elements from Hail Destroyer, every part of what Cancer Bats have become can be found on this one record.

The most notable aspects that set Searching For Zero apart from past records is, again, the melodic sounds now found in both Liam Cormier’s voice and Scott Middleton’s ballsy guitar riffs. Both can will tear through a crowd and get the people going, but they have transitioned into something new, perhaps more emotional. The leading track “Satellites” is the epitome of the Cancer Bats growth in their sound. It infuses a fierce acceptance of their recent year, heavy metal riffs as well as a chorus that begs to be chanted. With lines like “No More Bull Shit,” there’s a sense that there is nothing left to hold back or run from.

Cormier’s voice sounds better supported, joking that due to the Bat Sabbath series, whom the band loves and cover in their alter ego, he’s needed to work on his singing. It can’t be missed on this album. “Beelzebub” is a great example of the versatility he has found, being able to seamlessly transition from a more controlled singing voice to a lung crushing scream.

Middleton’s guitar, screeching pinch harmonics and all, has been the true driving force for the band and this album is no exception. It’s the chord progressions this time around that brought me into a different state of mind while listening to them. The guitar still hits hard but seems clearer in tone, well-spaced out over each track and simply larger. “Arsenic in the Year of the Snake” and “Beelzebub” are Middleton at his best. His sound is unmatched in music today. You also can’t deny the strength the bass and drums add to each song as Searching For Zero is backed with unwavering support from those two.

The part I’ve always loved about Cancer Bats is their range of speed in sound and ability to keep their sound heavy no matter the volume. The lighter beginnings of “Cursed with a Conscience” have grit and deserves nothing more than a few dozen stank faces and banging heads. “All Hail” then kicks things into high gear and reminds everyone of their speedy punk origins.

Rather than throw in the towel in light of an immensely difficult year, Cancer Bats accepted their realities and managed to turn the bad into something great, their most effective and powerful album to date. 2015 marks 10 years of being atop Canada’s hardcore throne and they’re showing no signs of giving it up. 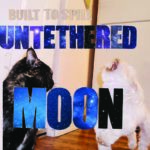 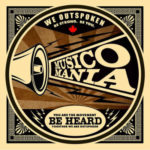