Toronto hardcore punk rockers, Cancer Bats, are one of the most well respected bands in the scene. With a huge array of touring experience under their belt, and four top quality albums, it’s no surprise that their fifth full-length, Searching For Zero, is yet another cracking display of punk perfection, and quite possibly their best endeavour yet. This is an album that’s come from the heart. It’s a genuine and authentic mix of punk, hard rock, and stoner metal, which is and has always been the formula that’s taken them to great heights and huge success, and yet helped them to come across as a down-to-earth, likeable band.

Produced by the legendary Ross Robinson (At The Drive In, Slipknot, Glassjaw), Searching For Zero has a quality live feel to it. It doesn’t sound perfect by any means, but it sounds human, it sounds like four guys in a basement raging to some heavy riffs, which is exactly what it is. Inspired by the punk sounds of The Ramones, blended with raw grooving riffs a la Black Sabbath, there’s really not much to dislike about this album.

The opening track, “Satellites,” is by far the most accessible tune, which gives the impression they’re almost getting it out of the way before the real madness kicks in. That’s not to say it’s a bad track. It still has the standard head bang-worthy riffing you’d expect to hear, and this, coupled with a hearty sing-along chorus creates a great punk community feel, and eases you in to the album nicely.

“True Zero,” however, is the first real sign of classic Cancer Bats, bringing in doomy, fuzzrocious riffs, squealing guitar licks, and rasping vocals. Ragers like “Arsenic in the Year of the Snake,” “Devil’s Blood,” and “All Hail” provide the punk bangers, while tracks such as “Beezlebub,” “Cursed with a Conscience,” and “Buds” bring the stoner groove. The album sways through a perfect blend of fast mosh pit-worthy tunes to pure fucking riff-filled doom crackers.

Liam Cormier’s vocals show a much more mature side to his performance, with a presence of sung lines that take a more menacing approach, but as expected, when he gets angry, it can be spine tingling. You can almost imagine him on his knees screaming lyrics like “May i remind myself, who I really am,” “Too many friends died this year” and “I’m feeling trapped in this, like there’s a hole in my head.” It really is an outstanding performance on his part, and he’s backed by a tight group of musicians which sees the likes of Scott Middleton rip on the guitar, Jaye R. Schwarzer pound the bass, and Mike Peters hold down the battering grooves.

Whether you’re into punk, rock, or metal, you’d struggle to find a track on this album you wouldn’t like. The record is just the right length, not too long, but enough to get your fix of beautiful heaviness, and it doesn’t veer away from its roots too much, meaning you get everything you hope for. Cancer Bats are one of the few bands left who strive to put out real music, made for metal heads, by metal heads. They continue to provide classic albums with each release, and Searching For Zero is a timeless record. It’s primitive, it’s loud, and it’s bloody heavy, so do yourself a favour and get this album in your earholes!

Check out the track “Arsenic in the Year of the Snake” here. 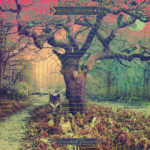 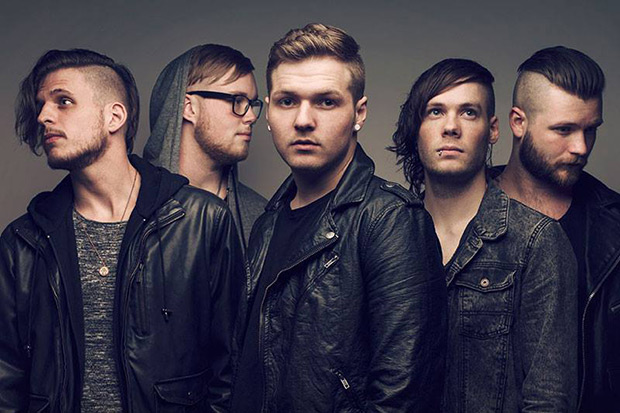