The popular Ontario-wide band search Breaking Bands launches today – Monday, March 9th – on Sonicbids. Now in its second year, the competition is dedicated to finding and breaking the hottest emerging talent in the province. Qualifying bands interested in submitting can enter online as of today at www.sonicbids.com/big-music-fest-breaking-bands up to the final deadline, May 9, 2015 at 12 midnight EST. Bands are encouraged to read the criteria at www.bigmusicfest.com before applying.

Bands will be competing for the chance to perform in front of a live audience as well as a panel of celebrity judges on Friday July 10 at McLennan Park in Kitchener during Big Music Fest 2015 where the finals will be taking place. A winner will be announced among the 20 finalists that evening, with prizing awarded to include studio time at Metalworks Studios, consultation from top industry executives, a professional music video, $2000 in cash, plus the opportunity to perform on the main stage at Big Music Fest 2016. As part of the grand prize, the winning band will also be filmed for a year leading up to their performance at Big Music Fest 2016. The filming will cover rehearsals, studio time and live performances with a whole lot of “life in a band” thrown in. The finished documentary will be used as a promotional tool for the band to shop to industry professionals.

The finals for Breaking Bands are open to the public. Admission is free and includes a free concert by platinum recording roots-rock-reggae sensation Big Sugar to close out the night.

Big Music Fest is one of Ontario’s largest and most exciting all-ages outdoor festivals. Since 2008, the event has attracted a loyal following of festival-goers and in its first year in Kitchener generated in excess of $7 million in economic impact for the city. More than 70,000 music fans will converge to take in performances by emerging talent alongside marquee headliners and to experience “A World of Music in 7 Days”. 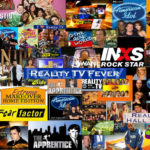 The Beginning At Last – “You Will See” [Exclusive Lyric Video Premiere]