Review and Photos by Matthew Bamber

It was a rather brisk Friday night to be heading out in the Toronto cold, but am I ever glad I did. I attended Bent by Elephants at the Dakota Tavern with opening act by Beams. I have never been to this venue before this show and I have to say it was perfect for this sort of performance. The basement style establishment with low ceilings, longhorn skulls and simple rustic décor created the perfect elements for the bands to play. It was a fairly early show at a 7pm kickoff time, but that didn’t stop many fans of both bands from filling the room as the lights dimmed.

It’s always nice when an opening act blows your mind. It sets the mood for the rest of the show as the crowd gets into the groove, and makes the headliner that more comfortable when they take the stage. This was the case with Beams. From the moment they took the stage with their seven band members and a variety of instruments I knew I was in for something special. They brought to the table a very unique genre of folk that captivated the crowd. From a xylophone to a banjo, to metal saw bending, the variety of sounds that Beams brought to the table was mind bending. It was hard to believe that 7 people could construct such a symphony of sound. With stunning harmonized vocals from the two female lead singers, the rest of the band flowed around and intertwined their unique sounds to create something truly amazing.

As Beams left the stage and the applause died down, it was time for Bent by Elephants to take control. Also with a female lead singer it was an easy transition for the crowd as they immediately got into the groove. The voice that radiated from the lead singer Chesley Walsh was amazing and reminded me of a Cranberries influence with more of a folk style feel. As with Beams, the amount of unique sounds that were generated in live time was very interesting. With small trumpet and cello accents that were heard behind the melodies, it sounded as if the crowd was in the studio listening to the clarity of each instrument. Bent by Elephants played many songs from their new project titled The Shore, which was released on February 17th of this year.

Overall both bands commanded the stage and made the show enjoyable, leaving the crowd satisfied and content as they stuck around to have drinks and laughs with members of the bands after the show was over. 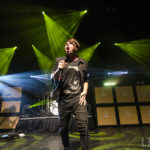 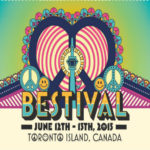