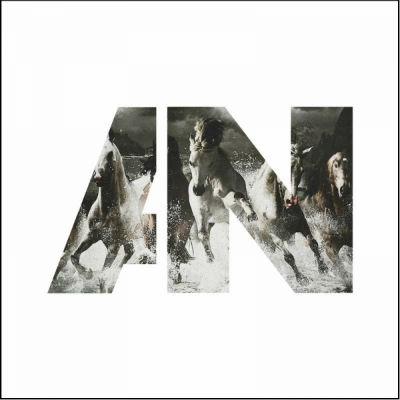 I may be an overly emotional, hypersensitive, love seeking rock junkie, but there’s no need to make excuses. AWOLNATION is my band. Can you identify?

Run, the intensely sexy, dramatic, and long awaited follow-up to the US-based electronic rock band’s smash hit debut, Megalithic Symphony, is finally here – so grab a Guinness or ten and crank it to 12 because the soundtrack to life isn’t meant to be background noise.

But what makes Run one of the most epic masterpieces in a world that barely knows what an album is anymore, is a conceptual narrative that forces your mind into the moment combined with vocals that hold you there ‘til you say mercy. There is no question as to whether the tracks, sounds, and stories on Run were mindfully arranged to complement frontman Aaron Bruno’s dramatic soft-to-screech voice, so that he can take us on a journey to a place we know all too well – the inside of our own mind.

The album plays like a 3-part play inside the head of an American Idiot cast member: the harsh realizations that come with emotional maturity (Act One), followed by a struggle to understand and adapt (Act Two), which leads to a personal enlightenment and growth that takes us full circle to a new challenge (Act Three), and the cycle continues.

The music, lyrics, and vocals take turns leading you through each song, with each twist and turn less predictable than the last. Trust me, you do not want to skip through a song halfway because that would be like skipping pages to get to the end of a novel.

Instead, give yourself up to Bruno’s words and feel how the music suddenly becomes theatrical support to the thought instead of vice versa. Let the recurring line in title track “Run” (I am a human being capable of doing terrible things) penetrate your mind until you’re practically meditating on it, and then call me after you hear that beat drop. Better yet, pop on “Woman, Woman” while thinking deeply about the person you love the most in this world. Go, just do it.

When was the last time a song you’ve never heard brought tears to your eyes? “Fat Face”. Gave you butterflies? “Jailbreak”. Made you actually reflect on your life? “I Am”.

Let’s not ignore the fact that AWOLNATION is among the short list of artists signed to Red Bull Records, and we all know Red Bull is a rule-breaking cultural powerhouse of a media organization. They’re the ones that said, “F*ck your million dollar sponsorships, we’ll make our own high profile events and take all the inventory.” Cue Red Bull Stratos, the record breaking space jump that had the whole world watching in 2012.

So when I say AWOLNATION set out to disrupt modern music with their sound, style, and messages, I say that with the full confidence of Red Bull Records behind them, who don’t operate in a universe that accepts mediocrity.

Stream the album for free here (turn it UP!): http://www.rdio.com/artist/AWOLNATION/album/Run/