For nearly two decades the Scottish bravado musicians of Mogwai have been wowing music fans with dense explorations into a tapestry of dirging guitars and synthesizers. Operating as an instrumental outfit and churning out new material on average of every three years, Mogwai never really veer too far from their musical comfort zone. The band is renowned for over-delivering on atmosphere and crescendos. Their fans are total zealots, most of whom carry the opinion that the band can do no wrong.

In January of this year, Mogwai released Rave Tapes, their eighth commercial album. Following 2011′s Hardcore Will Never Die, But You Will, Rave Tapes feels like another step forward for the band, boasting another selection of songs showcasing a confident array of music that fits in nicely with everything the band has done before.

It’s hard to say the band can do no wrong when they remain a somewhat obscure outfit of collaborators. But maybe that’s the dictionary definition of doing no wrong right there… Mogwai make music for zealots, you see? Their fan base is comprised of aficionados that are willing to step outside the box and experience something that isn’t conformist. Mogwai aren’t radio friendly. They won’t be filling a soccer stadium anytime soon here in North America. What they WILL do is blow your mind on album and live on stage. That’s currency you can take to the bank.

Watch for Mogwai in Toronto on Tuesday May 13th, 2014 at the Danforth Music Hall, and thanks to Barry Burns for taking the time to field these questions.

Mike: There are very few bands on the planet that manage to put out consistently superior albums. Mogwai is (in my opinion) on this list. Congratulations on Rave Tapes, another amazing album.

Barry: Thanks very much, that’s not really the general consensus on your side of the pond, but we’ll take any praise we can!

Mike: How would you say Rave Tapes expands on the existing Mogwai tapestry?

Barry: I suppose it’s a continuation of what we started with Paul Savage (producer of the previous album, and our first album too, actually). This time a bit less busy sounding, less layers.

Mike: How long was the writing process for Rave Tapes? Did this process differ at all from your previous albums? How so?

Barry: All in around 9 months from the first writings until the mastered album. The process hasn’t really changed that much since Rock Action/Happy Songs time. Its solo writing then we get together and rehearse.

Mike: How hard do you push yourselves when crafting new material?

Barry: I’d like to think I work hard. I can’t speak for the others, but I’m sure they’d say the same. The real work is done at the studio when we record together. It’s difficult work usually.

Mike: Do you ever feel like you over-think your songs? Is there an example of a song (or album) that you feel you could have done differently or more easily?

Barry: Always. Music is never finished but that’s why you need deadlines. I think there are too many songs that have changed when we started to play them live that I’d like to re-record, but revisionism in music is probably not that important.

Mike: I feel like Rave Tapes has standout elements of Brian Eno and Tangerine Dream, more so than some of your past releases. Would you agree? To me there have always been elements of these bands in selections of your material, but somehow the songs on Rave Tapes have more of the essence of these musicians, and I love the album even more for this reason. ‘Remurdered’ in particular feels very Dream/Eno.

Barry: That’s possible, though I’m not a big Tangerine Dream or Eno fan. I do have albums but I haven’t listened to them much. I must re-visit them so I can see what you mean. I’m much more into John Carpenter’s music or Boards of Canada.

Mike: As a band, you have now soundtracked both for film and television. The style of Mogwai’s music lends itself well to cinema. I wonder, was there any hesitation (or a change of musical approach) to the creation of your scores as opposed to your albums? Did you feel like you were trying to be different musicians with these projects? Were the scores easier to craft, or harder?

Barry: It’s just very “secondary” to the whole project and you’re always aware of that. I think the music goes into a different path or gear. Maybe that doesn’t make sense but it’s different to our own albums. The time constraints are tricky, but we got there in the end.

Mike: Could you describe what working with Clint Mansell was like for the material you contributed to The Fountain – how you worked together, what the process was like?

Barry: It was weird. Loads of cooks and, although it was great to work with Clint especially, I kind of hated it. The Hollywood machine is a rusty old tractor. I think Clint has great patience to be able to put up with it.

Mike: Looking over your back-catalogue, what would you say is the easiest Mogwai album for a new listener to approach, and why would you suggest that album?

Barry: Maybe Happy Songs, but only that’s because people tell us that it’s pretty easy going for a Mogwai album. I would imagine the new one is a bit in that style too, nothing too obtuse.

Mike: Somehow Mogwai managed to release a remix of the 2011 album (Hardcore Will Never Die, But You Will) that in many ways surpassed the source material. Could you talk a bit about the decision to compile A Wrenched Virile Lore, and how some of your choices of remixes came to fruition?

Barry: Dead easy, we just asked a bunch of musicians we liked and most of them said yes. To be honest, we didn’t have much input at all, as you’d expect from a remix album. A boring answer; sorry.

Mike: What would you say are the rarest commercially released Mogwai items?

Barry: Aren’t there still 7’s of Tuner/Lower going about? Probably that, or our Mogwai whisky which we made a limited amount of last month and it sold out in hours. Funny.

Mike: Can you talk a bit about being collaborators for over two decades? How has your music progressed, and how have you as musicians progressed? Do you feel it’s easier to make music now? How so? (or how not?)

Barry: I think it’s trickier because we all fall back onto our little musical clichés, and you have to find ways of dealing with that. For this record we put ourselves out of our comfort zones by swapping instruments or buying very complicated synths that we had trouble learning to use.

Barry: We actually have to learn the songs as the album versions because we change them so much during the recording and mixing process, almost like new. Visually, we let our lighting designer get on with it. It’s actually crazy how many songs we had to learn for this tour, we have loads now.

Mike: One of the things I enjoy most about Mogwai is the diversity of your audience. When I’m at a Mogwai show, I see people in the crowd who are into very different genres of music. Not many bands can garner an audience like Mogwai has. Why do you think your material is so approachable?

Barry: Maybe having no lyrics was a good idea. There’s one less thing to go stale and I think that’s often first to go with “normal” bands. But we’ve also tried to change the style of music within reason so that maybe appeals to different people for different Mogwai albums.

Mike: What do you feel is your biggest challenge as a recording band right now? Do you feel 2014 is a good or bad time to be a recording musician? If you could change one thing about your last 20 years as musicians, what would it be and why?

Barry: Pretty bad in general. We wanted to wind down touring as we have wives and kids, but nobody buys records anymore so we’ll be old men going around on a Scooby Doo tour forever. Nightmare. If I could change one thing it would be putting our own records out even earlier than we did.

Mike: What is your favourite piece of cover artwork for a Mogwai album? Who did it, and why does it work for you?

Barry: I’m very taken with the new box set actually. Dave Thomas did that after we sent him some images of films that we liked stills from. It looks amazing.

Mike: What are you inspired by as musicians?

Barry: Alcohol, sadly. I don’t know really, there’s so much stuff bombarding you constantly and it all rubs off.

Mike: Who do you feel gets it right on a consistent basis in music?

Mike: Can you talk a bit about Steve Gullick, his photos, and what you think he captures in the studio photos he shot for the Rave Tapes deluxe edition?

Barry: He’s a great friend and actually did my wedding photos, which are incredible. They look like the old Nirvana ones he did! Steve was just saying that he’s shot us more than any other band. We just get on and his work is the best.

Mike: I’m sure you have some utterly mental fans (or fanatics). Could you describe an encounter with a fan (or fans) that surprised you?

Barry: A guy in Perth (Scotland) jumped onto the stage from a high balcony as we were going off and then tried to give us a syringe. It was the opposite of fun.

Mike: Do you feel you have a more dedicated audience in one specific place in the world? Have you put much thought into why your fan base is so large in that region?

Barry: It changes, but France, Belgium, and Germany are good places for us now and probably the UK. It would suit me to just tour around those countries, I love going there. The food is good and the venues are generally great. 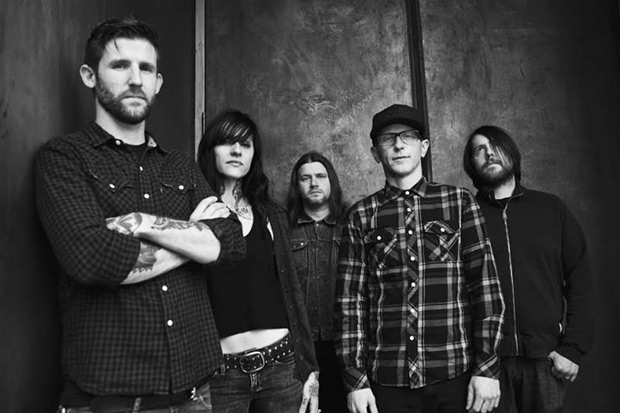 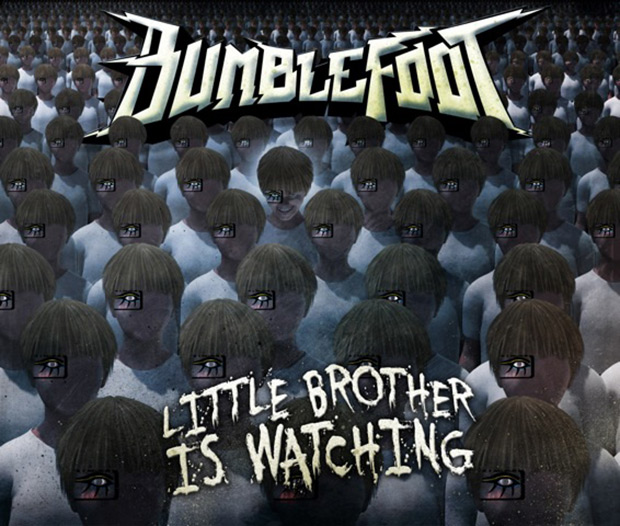