Straight from Minneapolis, MN, the band Aero Flynn is an up-and-coming band that recently released their new self-titled LP, featuring music produced by Josh Scott (aka Aero Flynn) and Justin Vernon, known for his stint as frontman of the indie folk band Bon Iver.

Their sound leans towards indie pop, with elements of folk and electronica (folktronica) found in tracks like, “Twist”, “Floating” and “Maker”, which give off a jazzy vibe.  Acoustic string are also featured, producing haunting and dreamy rhythms in indie-rock tracks like “Plates 2”.

Listeners will make a deep personal connection to the music given the heartfelt delivery.  Whether the songs feature a powerful pace or slow and passionate piano, there is something for everyone. Romance can be felt in guitar prowess of the track “Moonbeams”, offsets the sensual Latin feel of the track “Crisp”.

Their first single of their LP is the enchanting “Dk/Pi”, an indie-pop song with fun synths and a cool atmosphere.  It’s impressive that Aero Flynn can create and produce such different styles of music, presented together on one album. 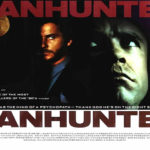 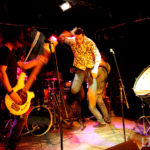