Canada’s music elite gathered to toast 35 JUNO Award winners at the 2015 JUNO Gala Dinner & Awards presented by SiriusXM Canada last night in Hamilton. Hosted by Jessi Cruickshank at the Hamilton Convention Centre, the evening’s festivities featured performances by a spectacular lineup of 2015 JUNO Award nominees and winners, as well as unforgettable tributes to some of the most influential names in Canadian music.

FOR A COMPLETE LIST OF WINNERS AT THE 2015 JUNO GALA DINNER & AWARDS, INCLUDING BIOGRAPHIES AND IMAGES, GO TO WWW.JUNOAWARDS.CA

Multiple Award winners at the Gala included alternative singer-songwriter Bahamas, who won honours for both Songwriter of the Year* and Adult Alternative Album of the Year; and electro-dance sensation Kiesza, who earned Dance Recording of the Year and Video of the Year*. Kiesza will also be making her JUNO Award performance debut during the Sunday night Broadcast on CTV from Hamilton’s First Ontario Centre.

The 2015 JUNO Awards Broadcast will air Sunday, March 15 live on CTV from Hamilton’s First Ontario Centre at 8 p.m. CT / 9 p.m. ET. JUNO TV will be live streaming interviews backstage on Sunday night at 9 p.m. ET on www.junotv.ca (sponsored by FACTOR and The Bell Fund) and will capture all the excitement from Sunday’s pre-show red carpet. All 2015 JUNO Award performances will be posted afterwards to JUNO TV. 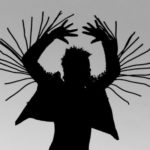 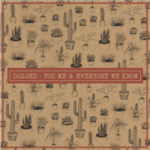 You, Me, And Everyone We Know – Dogged EP – Album Review