On Saturday Feb 21st I had the pleasure of checking out the Basquiat Exhibit at the Art Gallery of Ontario. A fan of both the 80’s and abstract/pop art, I was excited to see Basquiat’s work in person.

Featuring themes of wealth and poverty, isolation and integration, racism and comments on society, I was stunned by how bold his art is. Most of his pieces contained more than one kind of material mixing poetry, paint, drawings, comic book pages, text and found objects.

Standing in front of some of his larger pieces, one really starts to get a sense of how much work, effort and thought would have gone into these. Every paint stroke or drop of paint, every word, every image, every scribble has a purpose, and when put together creates a statement much bigger than you or me, statements that still exhibit truth today.

Basquiat enjoyed the idea of heroic figures, and many of his works feature athletes, cops, musicians, kings and even himself. Many of these figures also had crowns, hats, or halos. One piece that was a particular favourite of mine was his 1982 work ‘Six Crimee’. Created with acrylic and oil stick on masonite, Six Crimee features three panels that showcase six haloed black male heads. I was struck by how vivid its green background was, and by its scale. I also found it interesting that he created 3 separate panels instead of keeping it to one. Each panel tells its own story and evokes its own reaction, and yet they combine together to create an even larger story.

Another favourite piece was ‘Dos Cabezas,’ which Basquiat created in 1982 with acrylic and oil stick on canvas, featuring portraits of both himself and long-time friend and collaborator Andy Warhol whom he met in 1980.

Basquiat was among many things, a social commentator and a revolutionary – both then and now, and though the exhibit is a great place to start, his creations demand an investment of both your time and intellect.  If you’re not familiar with his work I highly suggest a deeper discovery. The exhibit at the AGO runs until May 10th 2015, you can buy tickets both online at: http://www.ago.net/basquiat and in person. 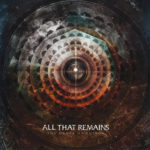 All That Remains – “The Order of Things” – Album Review 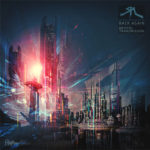