Somewhere in the depths of the Brixton Academy in London, ahead of their headline show, we sat down with Zach Blair, guitarist for Chicago punk rock legends Rise Against, for a quick chat about, among other things, life in the band, recording with Bill Stevenson, and what it feels like to be headlining over some of his biggest influences.

So Zach, how are things going?
Blair: Things are good man, thanks.

Let me start by saying you’re now onto your seventh album…
Blair: Seventh? Is it? Let me count them… The Unravelling, Revolutions, Siren Song, The Suffer & The Witness, Appeal To Reason, Endgame and The Black Market… (pauses to count)… Yes, that’s seven.

What was it like recording this one?
Blair: You know, we record all of our albums the same so it does just feel like one long album. We record in Fort Collins, Colorado at The Blasting Room which is Bill Stevenson from The Descendants studio. It’s his studio and it’s up just outside Denver. He’s been there for about twenty years now and I was fortunate enough as a kid to be in the first band that recorded with him there. so, for me, it feels like I’m there almost every two years making a record with him. For us, Bill has really indoctrinated himself into the band so he’s like the fifth member now. So, when it comes to doing a record we just go in, do our thing and it’s nothing different. It just feels the same. 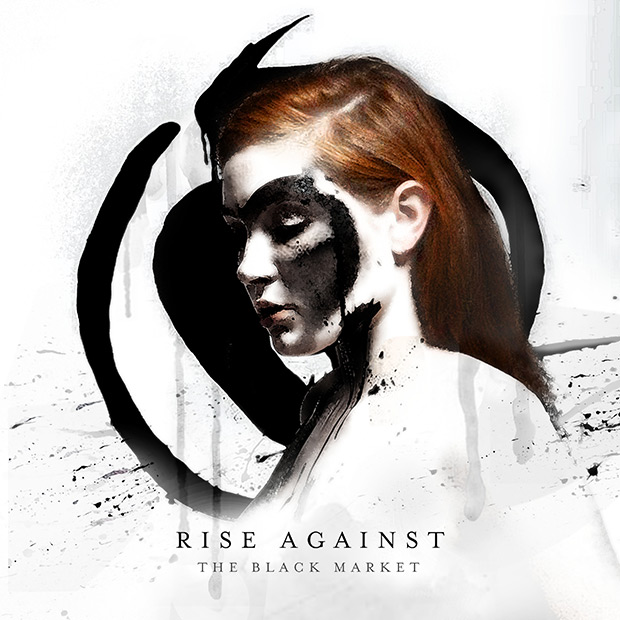 You guys have been together for fifteen years and, if I’m correct, the anniversary was last Summer. You joined in 2007, how’s it been?
Blair: Things started progressing pretty quickly and the band was doing really well. Not because I joined but, when I joined, it seemed to start moving pretty quickly. “Saviour” happened which turned out to be our biggest radio single and it elevated quickly. It’s been amazing ever since. We don’t take much time off as a band. For this record we took a year off before we started it and it felt like forever. It’s really felt like a merry-go-round where you just hang on and go with it. It’s been fast-paced and very busy but I don’t think we’d have it any other way as that is how we like to do things.

This is your second album to hit the higher reaches of the Billboard charts. Did that surprise you?
Blair: You know, it debuted at number three in the American Billboard charts and the previous album was number two so we haven’t had a number one on the American Billboard Charts but I think it did in Germany and somewhere else. What surprises is me is how well we do considering the type of music that we play. The band is rooted in punk rock and now, especially now, you don’t hear much guitar rock on alternative radio or mainstream radio at all. So, for us, we’ll take whatever we can get which is pretty amazing.

As a band you’re very ethically driven which comes across in your music. Is this something you make a point of trying to get across to your fans?
Blair: Well, yeah. I think if you have a message or you have something to say, the more success you have, the better that is for the message and what you are trying to say. If you get a microphone shoved in front of your face then you could choose whatever it is you want to say, people are listening, so while you have their attention and that could only be for a fleeting moment, you could say whatever you want so we choose to say things about topics that are important and, hopefully, people will listen.

The tour with Pennywise and Swimmers, how did that come about?
Blair: Well, Pennywise are a really busy band and we’ve asked them so many times but our schedules haven’t matched. Thankfully this time we were able to sort it out. We also like to keep our ear to the ground for bands that we really like so that, when we put a package together, we know how expensive tickets are these days so we try and gives fans more bang for their buck. With bands like Pennywise or Bad Religion, they are bands we grew up listening to and who influenced us so much, so now we’re having some success we try and introduce those bands to our fans who might not necessarily know who Pennywise are. On the flipside of that coin, there are a ton of kids who know who Pennywise are so it just helps our draw as well. We’ve always tried to take out a good package for kids who are paying that amount of money to see a show.

You mentioned that you grew up listening to bands like Pennywise. Did you ever think they would be supporting you somewhere down the line?
Blair: No, never. I mean, in the States, we took out Bad Religion and that just felt wrong. It does now. Like Rancid, we were going on after Rancid. Something feels weird about that to me. Having said that, before us, Green Day did the same. They took out Bad Religion and Blink 182 takes out a lot of bands like that. I think that’s what is great about this community, there isn’t a lot of egos. Fortunately, we had the audacity to ask and the decency to say yes and come out and do it without any attitude. It makes our job harder anyway because we have to follow them every night. When I was a kid when I was listening to these bands I’d never have thought it was possible that we’d tour with them.

Were you personally influenced by bands like Pennywise and Rancid and so on?
Blair: Absolutely, yeah. I remember, Bad Religion specifically, Descendants specifically, I would have mixtapes with Bad Religion on one side and Descendants on the other and they would just flip from side to side. Bands like that set what it was that Rise Against was founded on. Back in the day Rise Against was on Fat Wreck Chords because that is where that music came from. NOFX, Bad Religion, Pennywise, Rancid – they’re the founding fathers of this kind of music.

Having toured all over, are there any countries that you really want to play?
Blair: You know what? England is just starting to get good for us. We’ve been over here a bunch of times but now it’s starting to catch up and it’s great. Germany caught us early on and adopted us as though we were a local band so we go there and it’s crazy. The shows are double the size and the fans are just absolutely crazy.

What next for Rise Against then?
Blair: Well, this record hasn’t been out long but we’re looking at touring it for at least the next two years.

Fifteen years, seven albums, that’s quite a feat. Any plans for down time?
Blair: You’re right. We’ve hit that phase now where everybody has families, everybody has kids except me so, once we get through a hurdle like making a record we tend not to look too far into the future. For now it’s just touring the record.

Check out the song “Tragedy + Time”. 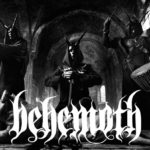 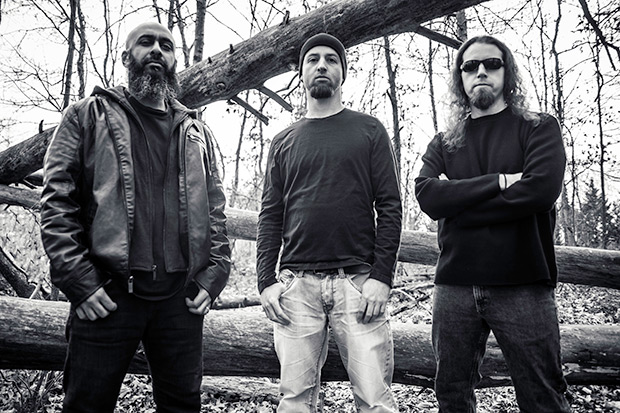