Mike Gaspar, ‎drummer‬ of the Portuguese ‪gothic‬/dark metal‬ act Moonspell, took a moment out of his busy schedule to chat about some memorable moments, touring, the current state of metal, and their newest Napalm Records release, Extinct.

Your new disc, Extinct, has just been released. Now that it is complete how do you feel about it, and what has been the response so far?
Gaspar: It’s always tricky when you’ve been so involved in the making and production of an album like Extinct. Usually before we hit the studio we know all the songs in and out, close to the final product. With this album, everything was so quick in the writing; we had no time to over think things. Most of the magic happened in the studio. We changed, experimented, and, tweaked everything to the smallest details. So coming back home you feel a bit confused, like riding a roller coaster and still feeling like you’re in it, even when it has stopped, and not believing you went through the experience!

It is a great thing to be able to listen to an album that is yours, but at the same time it feels like any other music lover would appreciate new material from one of there favorite bands. I was so amazed when I heard the final master. Just sounds fantastic. So far the response has been overwhelming, great reviews from all over the world. Being a Portuguese band this is over the top for us. It even feels a bit nostalgic from the ’90s when it all happened and we made our music recognized in the Goth/Metal scene.

You have toured the world extensively. It there anywhere you would like to go that you have not been?
Gaspar: Of course we would love to play as many countries as we can. It was always a goal for Moonspell to play abroad and discover any place in the world that had an interest for our kind of music. I tried to count a few days ago how countries we’ve been so far and it’s around 60. That’s a crazy amount of times we have travelled to distant lands to play our hearts out and be face to face to the audience. It’s a pleasure like no other to deliver a good show. Especially countries that only recently started to have metal shows.

Fans will travel for hours to see you. Their faces light up in pure enthusiasm just knowing that you have landed in their home town and will perform that day. There are places like Asia and Australia that for some reason it just hasn’t happened yet, besides our first show in Beijing, China in the end of 2013. We also did 12 shows in Russia including Siberia. They all went great and the more we try new places the bigger we grow and learn from the experiences. So I think there are around 196 countries in the world we still have over 100 to discover! Just like the old Portuguese explorers! 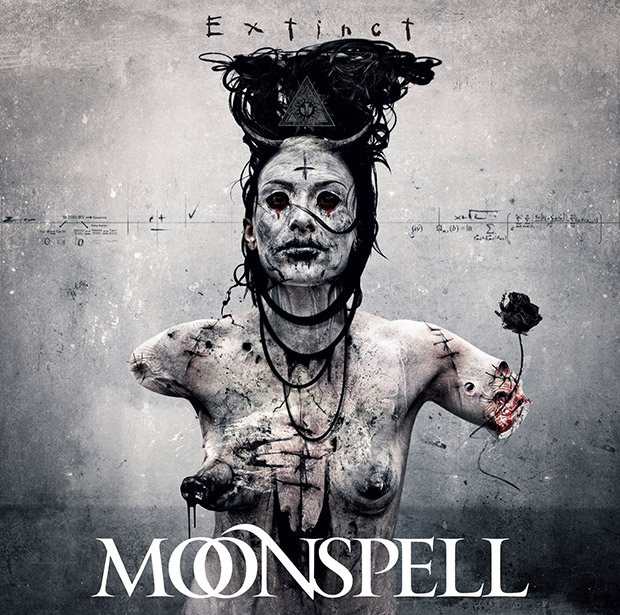 What do you think of the current state of the rock/metal world?
Gaspar: To be honest it’s a bit sad and disappointing on the industry and media side. I think the fans and bands out there are great and keep it alive and going. Some more than others, a lot of preppy bands out there today. Somehow they have lost or never learned the true rock n roll spirit. You got to live the experience, play until you bleed, and have as much fun doing it. I think it’s still a bit taboo to listen to extreme metal or any other form of decent expression these days. It’s all about what’s the next big thing or who won on Idols or some other stupid contest where honest hardworking people get a shot of fame that in reality won’t last long and most of the time is exploited. So if only the rock/metal scene got a bit more attention and recognition, that would be the right thing, because we still play instruments and perform live, no bullshit! Not to mention the Grammys this year! No respect from the industry, felt like metal is a joke to them!

What are some of the newer metal bands that you are listening to or enjoy?
Gaspar: I listen to a lot of old stuff and try to stay connected to my origins from Hard Rock to Black Metal and all in between. Mostly bands from the ’80s and ’90s. But as I’ve gotten older, stuff from ’60s and ’70s are more genuine and inspiring at times considering how they made and recorded music back than. It was captured on tape in those days with a spirit that you just can’t recreate. Only new band I can think of right now, and we toured with them, is Insomnium from Finland. I think they are pretty cool and a great live band with good songs. On the road is when you really get to know a band, they are for sure great newcomers that will bring a lot to the table in the next years.

Do you have any rituals before you hit the stage? If so, what are they?
Gaspar: Over the years you develop a lot of little rituals before hitting the stage. Since I’m the drummer, I always start at least an hour before warming up. I hate to eat dinner before playing, it just takes too much out of me and, maybe because of the nerves of wanting to play my best, I just can’t eat. So I will snack and eat properly after. I start with stretching, really need to because playing everyday will make you stiff and angry from the pain of playing. So having a moment were I can breath and relax is just perfect. I than play a bit on my practice pad, drink a lot of water and sometimes even meditate for a few minutes. I project the perfect concert in my mind and than just do it! Got to get some makeup on, paint my eyes black, and get into a darker mood. Listening to music of my favorite bands on my headphones while I jump around and kick stuff gets my blood pumping. After that I am pretty much ready.

Do you have any touring plans in support of the new recording?
Gaspar: This time we had an idea, one that we have tried but unfortunately never worked in the past. Usually we would release the album and go on tour for months after. So we booked a tour that would start near the release date of the album. It will be a new voyage for us to go straight on stage and play these new songs for the first time. It’s pretty exciting and fresh for us. We’re preparing a great show with new stage scenery and all that goes with a Moonspell show. 12th of March starts our headline tour in Europe with our great friends Septic Flesh. We will hit the States, Canada and Mexico also together starting on the 24th of April. Summer Festivals and second part of the European tour in the autumn of this year are being worked out. We will also hit South America this year trying to fit it all in! Hopefully “Extinct” will take us to new places and revisit all the true fans that have followed us all these years. So we will always play our classics!

What has been the most memorable moment of your career so far?
Gaspar: For me it has to be the release of Wolfheart. The contract with Century Media and the first tour in ’95 with Morbid Angel was just a magic moment. Even though it was tough as hell driving and sleeping in a van for 2 months. It was also what made us who we are today and made our mark in the music world. Those days will be part of our music and lives forever!

What is the strangest thing that has happened to you on tour, or at one of your shows?
Gaspar: There are so many crazy stories to choose from, I’ll share a few. We were on an American tour, around 2001, and we went through 4 tour buses. They kept breaking down or had flat tires, and one even had a hole in the floor in the back lounge. We were driving though Minnesota in the winter and we were freezing our asses off. Actually this was a tour with Lacuna Coil; it was their first visit to the USA! What luck! So… we got out all the blankets and both bands sat close together in survival mode.

On the same tour, our bus broke down in Concord, New Hampshire and we ate at a Mexican restaurant that used to be a prison. We ended up going to open mic night at a local bar, where we played hammered. They had cancelled our shows in Canada due to snow storms, so we figured what the hell, at least we got to play and get free drinks from the locals. Later on, a whole bunch of people from the town showed up because there was a rumor that we were the Scorpions! Had a great time there, everyone was super-nice. We’re used to bad luck; just have to make the best of it. That night we ended up sleeping at an old haunted Bed & Breakfast.

Check out the song “The Last Of Us” 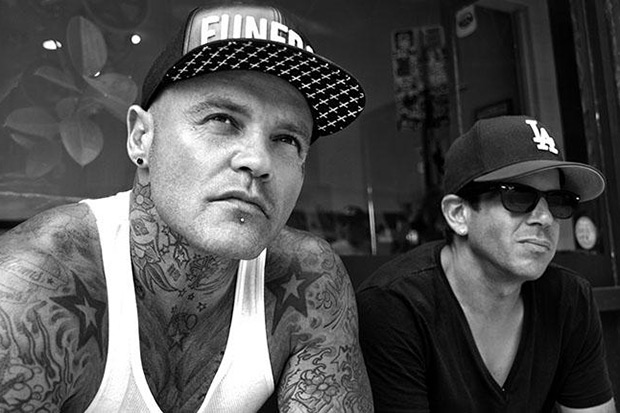 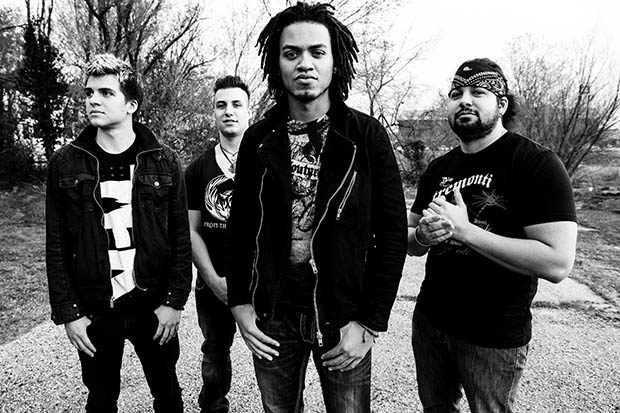