Concepts are set to release a new EP full of heavy breakdowns and piercing clean vocals that fill the bill of many similar acts out there today.

Being a relatively new band, starting back in 2011, the Houston, Texas outfit incorporate post-hardcore and metalcore tendencies that reflect the recent road taken by many newer heavy bands like Issues, Like Moths To Flames, Memphis May Fire, and Woe, Is Me.

The vocals are split between Aaron Isbell, screaming, and Blake Williams on clean vocals and they often complement each other, switching back and forth as the songs progress. Isbell has a very deep tone to his scream and it meshes perfectly with the band’s heavy sound. Williams has a voice very similar to Jonny Craig (Dance Gavin Dance, Emarosa) and offers up a lot of variety on the EP. What I really enjoyed about the clean vocals is that they never forced the songs to lose their grit and power, something that bands like Issues sometimes lose.

The production of the album is also very representative of how the scene has been building as of late. Kris Crummett, who has worked on albums for Sleeping With Sirens, Alesana, Issues, and more, has done a wonderful job here and the outcome of his work is clean, polished yet full of loud and impactful songs.

A recent trend in metalcore music has been the notion of including many post-production edits to the vocals or instrumentations, giving some songs a “remix” feel. Also noticeable on the EP is the use of accompany music, be it piano or strings. It’s a minor feature but really adds something more sonically behind those breakdowns and drops. The title track was a great example of this, however it felt over used at times. It’s a great addition, but more isn’t always better.

This is a collection of songs that fit very well together. Listeners won’t hear much of a difference between songs on Transitions, but then again that’s not necessarily a bad thing. Concepts never let up; from start to end this release will tear your speakers apart, only to mend them back together with the surprisingly soothing sound of Williams’ clean vocals.

Keep Concepts on your radar. The band has shared the stage with acts such as Of Mice & Men, Memphis May Fire, and Emery. They have a very promising sound and great things seem to be on the horizon. 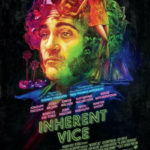 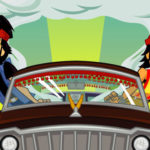 Urban Heat feat. Party Nails – “Have You Ever?” [Song Review]