Since their formation in 1993, Finnish cello metal band Apocalyptica has seen their sound and line-up constantly evolve in order to keep up with their creative exploration and endeavors. What started as a cello quartet that wowed the world of metal with their orchestral cover of Metallica songs evolved into three cellos and a drummer with the inclusion of Mikko Sirén in 2003 bringing to the table a much needed tempo and bass that has made Apocalyptica a permanent fixture in the metal world.

Currently, the band is seeing another stage of evolution with the inclusion of Franky Perez, former guitarist for Scars on Broadway, as their new lead vocalist. Where before the band would welcome in occasional guest vocalists (from Till Lindemann of Rammstein to Corey Taylor of Slipknot and Cristina Scabbia of Lacuna Coil) to give their orchestral-based rock vocals and lyrics, a singer has never been a permanent fixture until now. With their latest album on the horizon, Shadowmaker to be released this April, fans are eager to see how how Perez’s talents will be added to the symphonic mix.

Recently I spoke with Sirén who described the process of creating Shadowmaker after taking a much needed period of rest and recovery from a long and extensive touring and production schedule – and how work and performance can still factor into a ‘time off’. “After 7th Symphony [album released in 2010] we wanted a one year break where we could step away from recording and touring and refresh our thoughts and our minds,” Sirén said. “Before then we never had a real break. We performed and composed music for a show in Germany for the 100th Anniversary of [composer Richard] Wagner’s death during that break and though we were still working, we weren’t stuck to our regular schedule and were able to relax.”

After their much needed break and with a refreshed and rejuvenated spirit, the band set to work on Shadowmaker bringing along producer Nick Raskulinecz who’s previously worked with the likes of Mastodon and Foo Fighters and “felt like another member of the band,” said Sirén. Raskulinecz was able to help capture the soul of Apocalyptica at their current state for their most heartfelt and technically skilled album yet.

Of course, Shadowmaker is Apocalyptica’s first album featuring Perez, their newest band member and vocalist which would be their biggest shift to date. Last summer, I saw Perez make his debut to Canadian audiences during their performance at The Phoenix. Watching their performance, it’s clear that Perez fits in with the band like a familiar glove – his gruff yet melodic vocal style is the perfect complement to the driving cello-driven tunes and the stage chemistry is palpable and infectious.

“Perez is a real entertainer,” says Sirén, “he’s an absolutely stunning singer. It’s funny, when we were deciding if we wanted a singer, we weren’t sure if we could find someone that could work well with us, or if we could find as good a singer as we wanted. When we met Perez, we didn’t know much of him or how he is as a person, but we were really impressed by his voice. The rest has been sheer luck that it’s worked out so well.”

With the quartet now a solid quintet, Apocalyptica has set their sights on the year ahead returning to their extensive touring schedule throughout Europe and North America this year. Shadowmaker, to be released on April 7, promises to be an album that fans will surely enjoy capturing the tight intricacies of their string work, their intoxicating dark overtones, and electrifying fast speed metal that has set Apocalyptica apart from the rest. It’s an album with something for everyone – their beloved instrumental tracks sit cohesively next to lyrical songs with Perez at the helm while still being paired with orchestral tributes to the late great composers and very powerful metal. 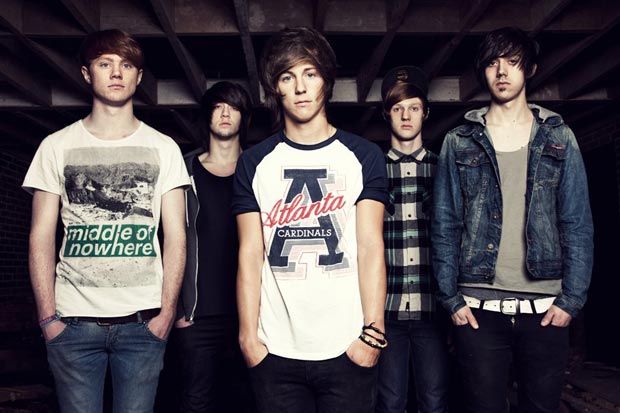 Interview with Miss May I; Vocalist Levi Benton Discusses ‘Rise Of The Lion,’ Touring, and MOTT’S Applesauce