Chris Batten, bassist for the UK-based electronicore/post-hardcore band, Enter Shikari, took a moment out of his hectic schedule to speak with me about the group’s brand new release, The Mindsweep (be sure to read our album review). The quartet has gained quite a rabid following by playing a genre of music that successfully combines metal, hardcore, and elements of dub into a uniquely fresh sound. Their latest album has been garnering rave reviews, and we were eager to discuss it in detail.

Now that The Mindsweep is complete, how do you feel about it and are you satisfied with the outcome? What has been the response to it so far?
Batten: We feel extremely positive about it. I’m sure most artists are the same about new releases, or else it wouldn’t be released, but we feel it is our best work to date! We are very happy with everything about it. A lot of effort went into writing and recording this album, actually the longest we’ve spent on writing and recording, and when it all comes together it’s an extremely rewarding process. The album has been online for people to stream for a week now and the comments and feedback we’ve received has been amazing. Really makes the long wait for people to hear it worth while!

What is your writing process like? Do you all write together or is it more the efforts of one particular member of the band?
Batten: Well each song varies really. Usually you will have an idea, whether it be a guitar riff, electronic riff, drum and bass song he’s been working on, etc. We then each take the project away and start recording our own ideas onto it. This album was written from our homes really. We then get together and start going through the ideas together, working on arrangement and vocal melodies. It is very much a back and forth process of experimentation.

When writing this album did you feel any pressure to follow up on the incredible success of 2012’s A Flash Flood of Colour?
Batten: There’s always a little bit of pressure when you first embark upon writing a new album, just because when you start, the light at the end of the tunnel is so far away. Saying that, for us, once we’ve actually started writing and realize our creativity hasn’t dried up and left us with out tails between our legs, the pressure quickly drops away and we’re left with an overwhelming excitement. In terms of pressure as a follow up to A Flash Flood Of Colour I don’t think we felt much pressure at all. That album gave us the confidence to be completely fearless in our approach to writing music. We just took that mindset into the writing and recording of The Mindsweep, but felt we could be even more fearless, as the approach we took for AFFOC worked so well.

Check out the song “Anaesthetist”

Are there any tracks on The Mindsweep that are personal favorites or that have good stories behind them?
Batten: Yeah, there’s a track called “Torn Apart,” which has a guitar riff in it that actually outdates the forming of Enter Shikari. The first guitar riff you hear was an old riff we used to have when we were playing as a 3-piece before we formed ES. Most of the stuff from back then has long been forgotten, but this riff seemed to stick with us over the years. We figured well it’s not going anywhere, so let’s try and write a song around it, “Torn Apart” is what came out. It’s a real tense song all throughout until the outro, which is, in our opinion, one of the most passionate sections of music we’ve ever written. We recorded real strings for the first time on this record and this song really suited the addition.

What is the story behind the name of the record The Mindsweep?
Batten: Well in today’s society, in this capitalist system that we live in, it is all too easy for those in power to brush aside any new ideas for change. That’s purely and simply because the system right now suits those few in power and those few in the richest 1%. We are constantly made to feel small, so small that we feel we can’t make a difference. The Mindsweep is the idea that we can brush away this old way of thinking, and start to create new ideas that support even the most vulnerable in our societies. How can we call ourselves a society when those most vulnerable are being ignored in exchange for profit?

You guys mix up many different styles of music and I was wondering, when you are writing, are you doing so with the live setting in mind or do you write a song just for the song’s sake?
Batten: Well when we were recording our second album, we recorded with a guy called Andy Gray; He used to say to us “live is just evil backwards.” What he meant was once you start focusing more on what sounds/techniques can be achieved live, it can ruin creativity in the studio. We’ve taken that mindset with us into each new album. We see an album as a piece of art from beginning to end, and we don’t want to restrict ourselves in any way when writing it. Of course, in the back of our mind, we’re thinking, this part will be great live! But we’ll abolish any fear or reason to not do something in the studio as it would be tough to recreate live. Once we finish recording the album we focus our efforts toward recreating all the songs live. We’ve come to learn it’s a long, but really enjoyable experience.

What’s the creepiest thing a fan has ever done to you/creepiest encounter with a fan?
Batten: Creepiest? Um, I’m not sure really, I don’t think I’ve ever really considered any of our fans creepy! Some of them do come out with some interesting stuff though; just the other day I was asked to sign a piece of tree bark, and Rory was asked if he could sign a girl’s soul… Gotta hand it to them, they are original! 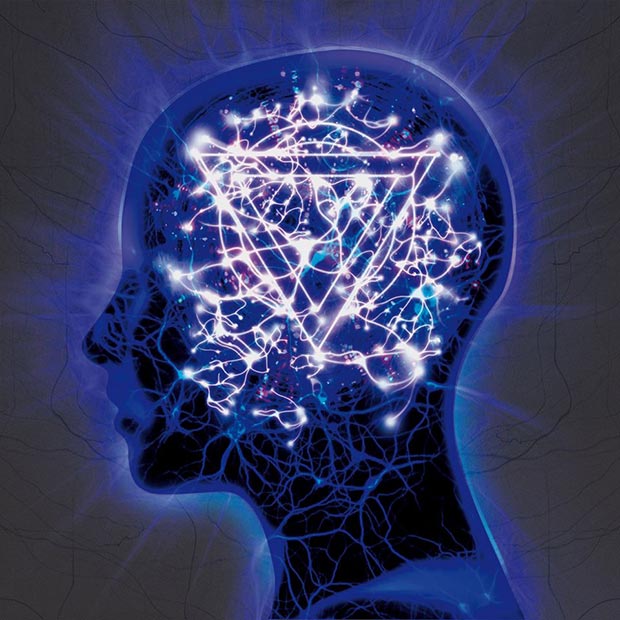 What would fans be surprised to find on your iPod?
Batten: Well my girlfriend appears to have hijacked my Spotify account over the past few years, so I’m often getting people who follow me being very surprised. It’s often quite embarrassing! Despite popular belief, I’m not a huge fan of The Script.

What has been the most memorable moment of your career so far?
Batten: Really hard to say to be honest. I mean there are so many moments that stay with us. Stuff like seeing your band’s CD in a shop for the first time, hearing yourself on radio, playing a main stage at festival for the first time… I’d have to say the most satisfying feeling though, would have to be either playing live and hearing people screaming your lyrics back at you, or after recording an album, when people get to hear the record for the first time and we get to hear all the feedback.

What was the first record you ever bought with your own money?
Batten: Um, probably Oasis Definitely Maybe or maybe Muse Origin Of Symmetry.

What was the first concert you ever attended?
Batten: Well, when I was young my parents took me and my sister to see The Lighthouse Family at Wembley. I went to lots of local gigs when I was a bit older. The first “proper” gig I went to though, was Muse, when I was 13.

What is next for you guys?
Batten: Well, the album has just come out, so now we hit the road, and we play many many shows!!! Have a European tour in Feb. Hit North America in March/April, Festivals this Summer… plenty to keep us busy!

Check out the song “Never Let Go Of The Microscope”