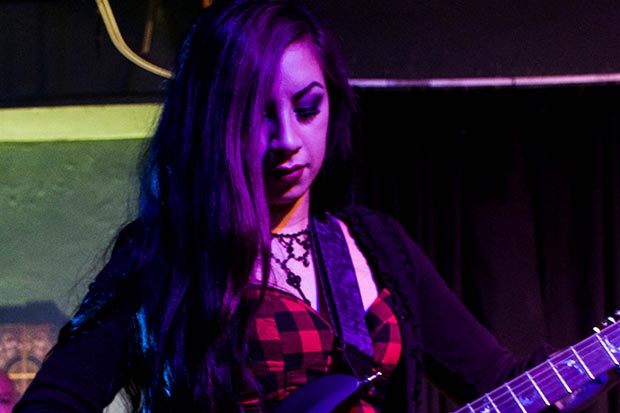 The Skinny: Hailing from Santa Cruz, CA, Requiem, hosted a CD release party at the legendary Catalyst Club right in the heart of downtown Santa Cruz. Requiem celebrated the release of their debut album, The Unexplainable Truth, with a night of impressive local music. Opening up for the hosts, two local bands, brought their A game to the table as they proved that Santa Cruz should be on the map for an amazing music scene. Not only did Requiem play 10 songs off the new record, fans were also given a first glimpse of a brand new music video for “Sticks & Stone & Her Lovely Bones.” Guitarist and co-vocalist, Jacklyn Paulette was also recently voted into Revolver Magazine’s Hottest Chicks in Hard Rock. Requiem is an artist that you need to know!