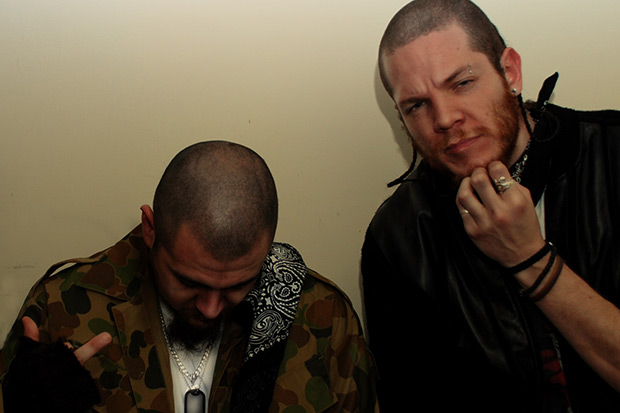 Chico Cas Tha Chix of the Australian-based hardcore/hip-hop duo Smacktown, recently sat down and answered some of PureGrainAudio’s “Quick & Dirty” questions. Since 2007 the pair has been blurring the lines of hardcore and hip-hop creating high-energy, memorable tunes. Here is how the conversation went.

What were you doing in the ’80s?
Chico Cas Tha Chix: Learning how to walk and talk and moving to Australia.

Wii, Xbox or Playstation?
Chico Cas Tha Chix: Have always been a Playstation guy. I have never owned any of the other two.

Cats or Dogs?
Chico Cas Tha Chix: Love both to be honest, but if I had to choose, I will have to say dogs. German Shepherds and Huskies.

BlackBerry, iPhone, Android, other?
Chico Cas Tha Chix: I used to use the iPhone, but it’s all about the Samsung Galaxy and never going back.

Check out the song “Powerless”

Beer, Wine or Liquor?
Chico Cas Tha Chix: Either beer or Vodka. Depends on the night or the occasion, and how drunk I want to get.

If you were a stripper, what would your name be?
Chico Cas Tha Chix: Chicolicious!

If you could have anything as a pet, what would it be?
Chico Cas Tha Chix: I would have to say a dragon. Would be a good guardian and good for transport.

Would you rather be a zombie, vampire or werewolf?
Chico Cas Tha Chix: Man, I’m always torn between a vampire or a werewolf. Both can be real bad-ass, but I guess I will have to lean more towards the werewolf.

What’s your secret to great metal hair?
Chico Cas Tha Chix: Taking a style you like and adding your own touch to it to make it unique and your own style, and definitely a good brand of gel to hold to make it look slick.

If your life were a book or movie, what would the title be?
Chico Cas Tha Chix: The Chronicle of Chico Cas tha Chix (possibly spoiler of the name of my upcoming solo EP). 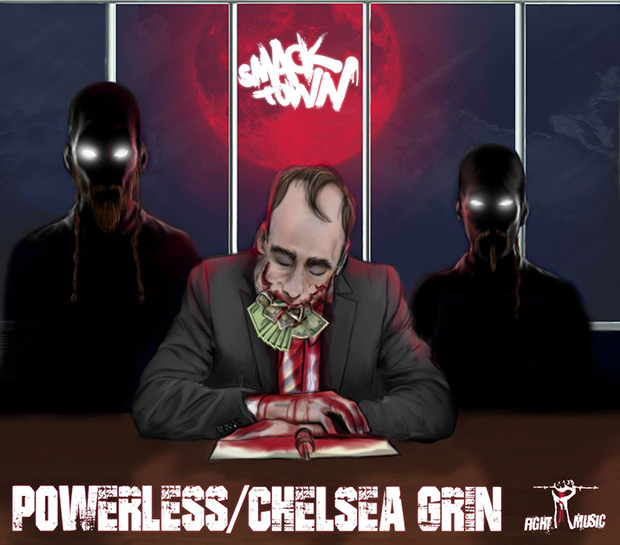 What was your first concert?
Chico Cas Tha Chix: Not sure, either Project Uno, which was a Latin Merengue hip-hop crew which were massive in the ’90s or (and this is a little embarrassing) Human Nature with The Real McCoy and Az Yet and only because I was an Az Yet fan when I was younger.

If Hollywood made a movie about your life, who would play the lead role as you?
Chico Cas Tha Chix: Would have to be someone bad-ass and suave at the same time. Probably Antonio Banderas in his prime. Especially with that accent.

What’s the best venue you have ever played and why?
Chico Cas Tha Chix: We have been lucky and very privileged to play at so many different venues around the country, but a personal favourite has always been Oxford Art Factory in Sydney because we have had some many buck-wild shows there with some crazy fans and the stage was perfect height to stage dive!

If you could have dinner with any musician (dead or alive) who would it be?
Chico Cas Tha Chix: I would have to say the best rapper alive, Tech N9ne. I would just pick at his head and try to learn so much from him and hopefully leave that dinner with a contract to Strange Music.

Favourite childhood musical memory?
Chico Cas Tha Chix: Sitting in the living room making my own mix tapes and I literally mean mix tapes on cassette players. Recording my favourite songs off CDs or off the actual radio pressing the REC and Pause button in between each other.

Check out the song “Chelsea Grin”