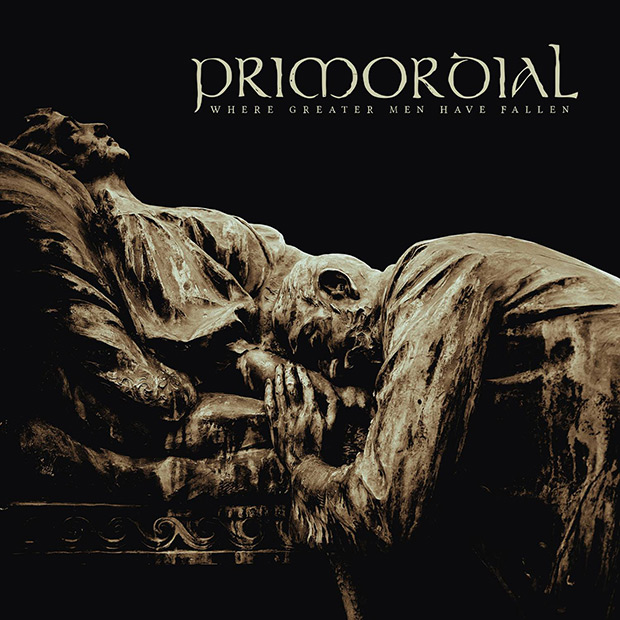 Where Greater Men Have Fallen is the eight full-length disc from the masters of Celtic metal, Primordial. As with all of the band’s previous releases, there are variations in musical styles within this album that range from the epic title track, to the black metal-inspired “Seeds Of Tyrants,” to the doomy, edgy rock and roll of “Ghosts of the Charnel House.” The one constant, though, is the dark, gloomy melancholic vibe that permeates the record and has almost become synonymous with the group’s sound. In addition, the overall rawness of the production gives the whole release a genuinely authentic and organic feel.

Front man Nemthanga has one of the most passionate and distinctive voices in the metal world. He is able to switch from full-on primal black metal screams to emotionally-laden croons at the drop of a hat, and I think on Where Greater Men Have Fallen, he sounds at his absolute best.

Admittedly Primordial is not for everyone, but I for one think there is a certain something about their melding of ancient Irish traditions with the aggressive, dark black metal atmosphere that is spellbinding; and once you become ensnared by its dark magic, you are compelled to continue on the forlorn journey.

I can’t recommend this release enough. Fans of the band are sure to dig it and for those new to the Primordial camp, this is a great place to jump in and begin to get acquainted.

Check out the song “Where Greater Men Have Fallen”