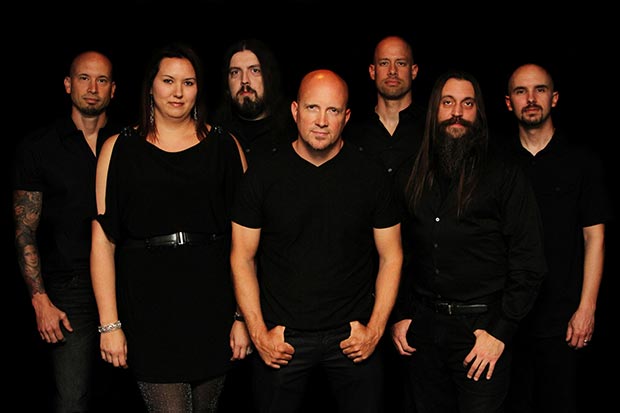 American prog metallers, While Heaven Wept, are back with a vengeance. Their epic new album Suspended At Aphelion is a towering achievement of unsuspected magnitude. The unique mix of many musical influences into a sole, 40-plus minute track definitely marks a new landmark in the band’s two-decade-long career. Given the comments of mainman, Tom Phillips, they’re barely warming up and are already preparing a long-awaited tour. Check out all the juicy details he reveled, exclusively for PureGrainAudio.

Suspended At Aphelion is an ambitious, long track, divided into 11 parts with a seamless flow. Is this is a quasi-conceptual album?
Phillips: It’s absolutely a conceptual work, with a very clear “plot” and reoccurring musical themes/progressions. All of the previous albums were thematic in nature, and likewise journeys meant to be taken as a whole, but this one actually requires this; it will not make any semblance of sense otherwise. There are no “singles” on the record; it’s “all or nothing”. I know it’s perhaps a lot to ask of people in the “iTunes age,” but I believe that those who persevere will find some reward in this.

This album features many contrasting musical aesthetics. You have pseudo-melodic black metal, Spanish guitar, ethereal atmospheres, sweeping melodies, progressive drive, etc… How did you managed to mix all this in a single long track?
Phillips: “SAA” essentially wrote itself; I’d love to take credit for it or say there was some ingenious plan all along, but quite frankly, it just “happened.” It certainly has the widest scope musically compared to anything else we’ve ever done, being that it incorporates every influence of ours, along with all of our individual pedigrees. The musicians involved have extensive resumes running the gamut from jazz to serious classical music to death and black metal – and everything in between, so the result that is “SAA” is completely natural to us, even if it is unexpected for the listener. 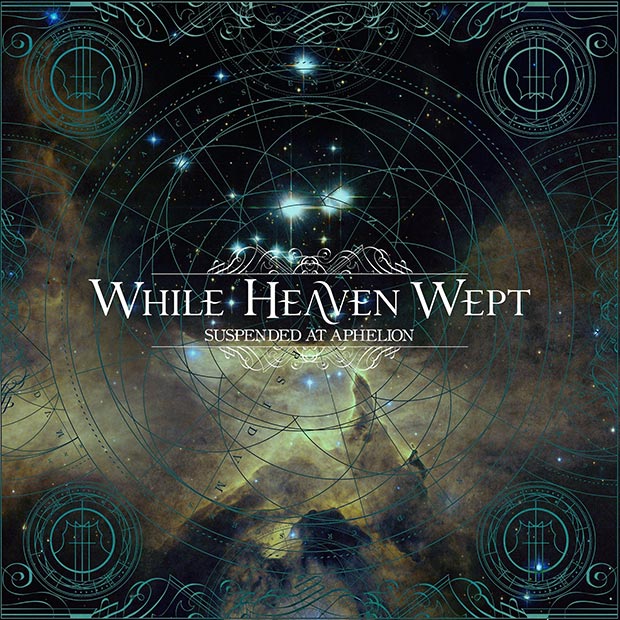 You worked again with producer Kevin “131” Gutierrez. The last time you collaborated with him was about 10 years ago. Was it easy to connect with him again?
Phillips: Kevin and I ultimately had this synergy where we were on the same page from start to finish, often not even needing to exchange words at all… we just “knew” if a take was right or if some other move had to be made. I truly believe that because the sessions ran so smoothly on account of Kevin’s demeanor and skills… both with the machines and with the personnel involved, it was a totally pressure-free, creatively abundant experience… which in turn translates to a successful realization that even the listener can “feel.”

Any comments about the cover art, designed once again by Brazilian artist Gustavo Sazes?
Phillips: The map layered into the cover this time is of ancient origin, but Gustavo took it a step further conceptually by removing the compass points… there’s no indication of North from South, thus even if you possess the map, you’re still lost. The cover is a literal interpretation of the title more so than the visual metaphor that was [the previous album] “Fear Of Infinity.”

Would you say that this is the band’s definitive greatest musical achievement to date?
Phillips: Until recently, I would not even hesitate in saying that Suspended At Aphelion was the pinnacle of a 25 year journey – however, I know now that there is much more to come… new music has been flowing again since the completion of the recording, and it’s as exciting and magical as “SAA” was when it came to me, from wherever it does. What I can say is that it is the culmination of the past 25 years in one song, and everything that WHW has ever represented or strived for up to this point in time.

We know that a North American tour will be coming soon. Can you tell us more about it?
Phillips: We will be arranging a tour of the USA that will more or less ring the outer perimeter of the country, with a couple forays in between, and this will again mark several firsts for us that are extremely overdue. I do know that the EU is our first priority.

Check out the song “Icarus And I”