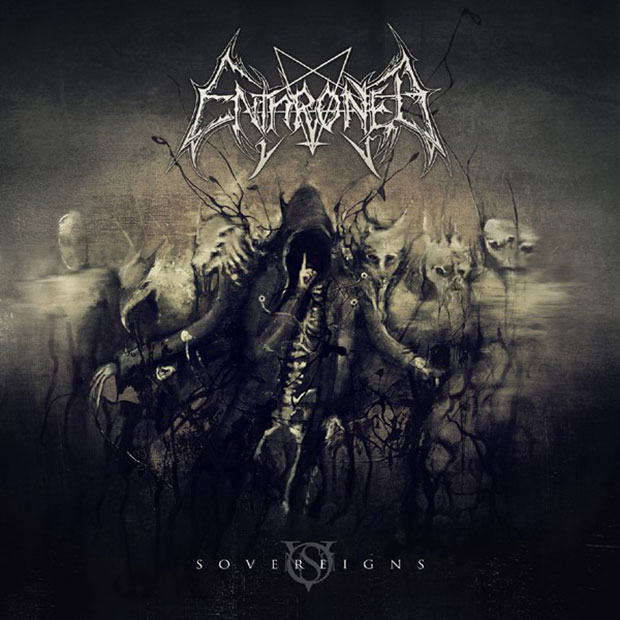 Belgium’s Enthroned have always been a bit of an underdog in the black metal scene. While the band have always had a decent following, they’ve never really broken through to “top tier” status. Part of the reason is that (at least to me) the group have never really been able to consistently deliver high quality albums. Sure, they’ve always had decent recordings, but never did they have a release that could truly be called solid until 2012’s Obsidium came along.

Now with Sovereigns, Enthroned proves that Obsidium was not a fluke. While the band still play aggressive black metal, the songs on this album also contain slower parts. This results in tracks that, while still maintaining a distinctly black metal sound, have a bit more hooks to them.

While Sovereigns doesn’t showcase anything particularly new for the genre, it remains a good listen.

Check out the song “Of Feathers And Flames”