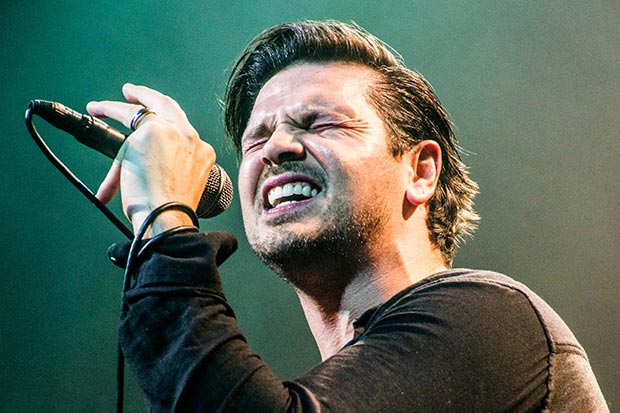 The Skinny: Adelitas Way opened up for The Pretty Reckless at The Regency Ballroom in San Francisco, CA on October 8th, 2014. Bassist Andrew Cushing of Adelitas Way made a clear statement of who his favorite sports teams are when he represented the San Francisco Giants by wearing a Giants T-shirt on stage. At the time the Giants were a major contender in the playoffs for the World Series. Cushing was loudly cheered while on stage as be busted out sick bass lines. Even with the loss of long time rhythm guitarist, Keith Wallen in 2013, Adelitas Way struck fans with a solid album. Stuck, features 13 impressive songs that are a must listen. The album was released back in July earlier this year. This was my second time seeing them live, and once again I am not disappointed! Adelitas Way not only sounds great live, but they thoroughly have a good time on stage making the night fun for everyone.