With great guitar chops comes great responsibility. Wielding such power requires the patience of Gandhi and the attention to detail of Mario Batali. If you’re not familiar with Within The Ruins, be ashamed of yourself. In a genre where copycats rage like cancer-AIDS, Within The Ruins branded themselves with their signature, heavily quantized production style, which believe it or not, they produce live very, very, like WTF mate well, leaving most musicians relatively speechless, with exception to that one guy that says, “I mean… they trigger their drums, bro, and backtrack their second guitar player, so like, they suck.” Dear Guy, you’re an idiot. They used to have 2 guitar players. Now they don’t. Wanna audition? Didn’t think so.

So… Phenomena, Within The Ruins’ 4th studio full-length. For me, this album is the most cohesive. Album 1, Creatures, while amazing, had issues with flow. Several shreddy leads/riffs would loop, lead to another, end song. The flashiness and shock factor of the new sound more than made up for rawness of some of the songwriting, but it also posed the question: where does one go from here? The next 2 albums showed evolution of the production style, but with Phenomena, the blend of digital production and natural performance is spot on. The glitches that are meant to be glitches are glitches, and riffs that are meant to be riffs sound like performed riffs, granted they’re gated, but intentional distinction between the two and powerful song composition has brought this band to a new level.

The album takes off with “God Amongst Men,” fading in with a lo-fi type noise filter, the vocal hook and a reoccurring glitch lead guitar theme that haunts the track, the tonality of which the song is also written around, a great example of the new realm of complexity I found when juxtaposing this album with the previous releases.

There’s also more chordal movement, which Microsoft Word is telling me isn’t a word, creating a greater sense of development over the course of songs, making drops/breakdowns hit even harder. A fun musical wink-wink can also be spotted Crocodile Hunter style in “Enigma,” referencing a particular fictional Italian man who loves mushrooms, dodging turtles, and driving carts with his magical friends.

Bands like this make you try harder. Mad props that Within The Ruins has endured the pain of underground metal touring. These guys are unstoppable!

Check out the song “Calling Card”

…And Justice For Art: A Guide to (some of) the Best Metal Album Covers of 2014… so far (Part 4) – Feat. Judas Priest, Unearth, Polyptych, While Heaven Wept, Demonic Resurrection 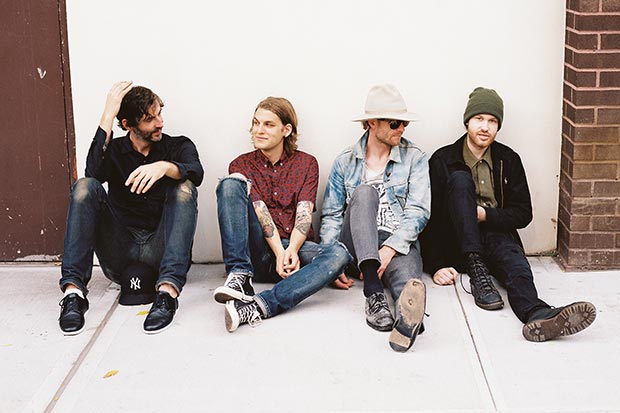