Valdrin is a black metal band hailing from Cincinnati, OH. The group recently released their stunning debut, Beyond the Forest, on Blast Head Records to critical acclaim. The band’s frontman (guitar and vocals), Carter Hicks, took the time to answer some questions about the gear he uses to help shape Valdrin’s sound.

What one piece of gear do you use to obtain your signature sound?
Hicks: That would probably have the be the Roland GR-20 guitar synth pedal I use. It was made around 1986 I believe and it has a plethora of old school cult-sounding synthesizers. Of course I’d have to mention the Godin Freeway Synth access guitar I use. It allows me to have a midi output as well as a 1/4 inch output.

What about it makes it so important to you?
Hicks: Well concerning the GR-20, it has to be the most crucial part of finalizing my guitar sound in Valdrin. It allows me to add that extra layer of whatever synthesizer I feel has a special feeling with the melody. That, combined with the distorted sound of my guitar just creates a magical feeling that I’ve never really heard before. This why the GR-20 is so important. 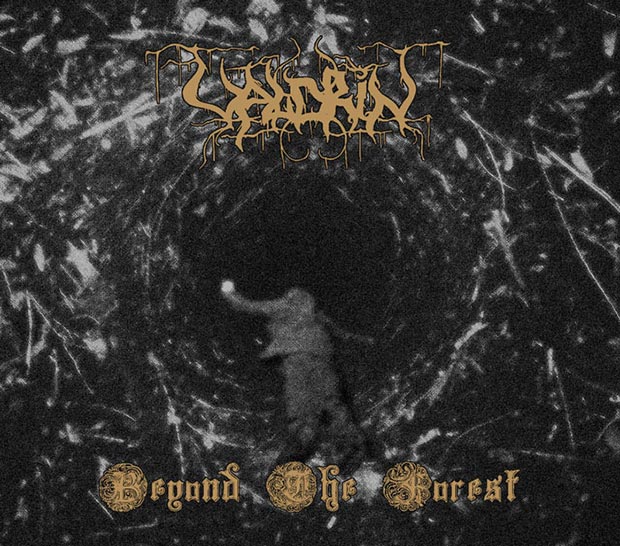 How was this gear used during the recording of your latest album?
Hicks: With the GR-20 we went direct in using both the stereo and mono outputs. People who are familiar with guitar synths know that tracking with them is not easy to say the least. However, with the way I’ve adapted my playing to it, I honestly didn’t have too much trouble tracking the guitar synth.

How do you recreate your album (guitar/vocal/bass) tones in your live set?
Hicks: One crucial factor in the live performance aspect is how I meld the distorted guitar sound coming from my amp, with the GR-20 sounds coming from the keyboard amp. On certain parts, I turn on the holy grail reverb pedal to make the guitar sound more atmospheric with the GR-20. As far as the bass sound, James would have to speak on that. I can tell you though, that we all believe James’ bass sound live is much better than the tone on Beyond The Forest. More powerful with more low end, he also uses a distortion pedal on certain parts to add more heaviness. 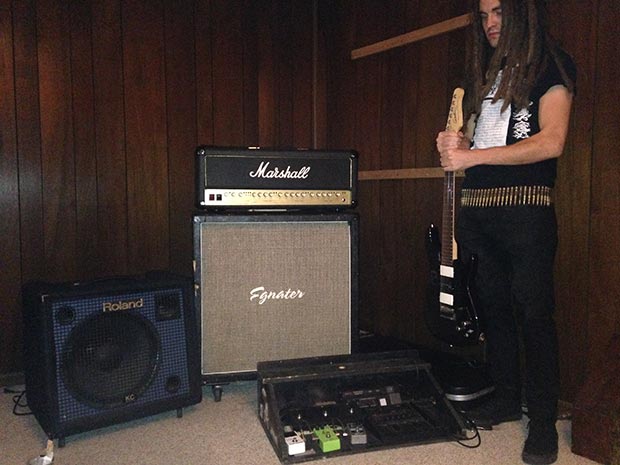 What are the major pros and cons?
Hicks: I may not be directly answering the question with this statement, but as far as the pros and cons of the band’s current sound… I would first like to state that we did have another guitarist, during the recording of Beyond The Forest. He’s no longer in the group and now we have Ryan Maurmeier playing drums, bringing us to a trio. The pros of this are the ability to have a clearer sound live, allowing certain parts to be more pronounced than even they were on Beyond The Forest. Many people have stated that we sound better live then even on the record. It also allows us to travel easier having less equipment. It’s been nothing but a great experience playing as a trio.

However, the cons are in the fact that the true essence of the band is a 4 piece. We do write music with many layers sometimes and at a certain point we will find someone special to fill in the role of second lead guitarist. Our last guitarist was a very skilled and seasoned player, so there is a certain level of ability that we need. Like I said above, there are many positive aspects of being a power trio, and we may stay that way for a while… just until the right person comes along.

Any final thoughts or comments on the gear?
Hicks: The search for the perfect tone is an endless road indeed. But I view this as a positive thing. Right now I use a Marshall 6100lm series head, I believe it was made in 1992 but I could be wrong. I love the sound of the amp, I’m a fan of the British gain sound, it adapts so very well to the specific way I attack the guitar. Still though, I am constantly on the search for a better and better tone. Also I’ve looked into getting a higher grade guitar synth pedal, but I still have a lot of sounds to work with on the GR-20. All in all, the fact that I’m never 100% satisfied with the tone is only motivation for me to evolve it and try new things.

Check out the album ‘Beyond The Forest’ 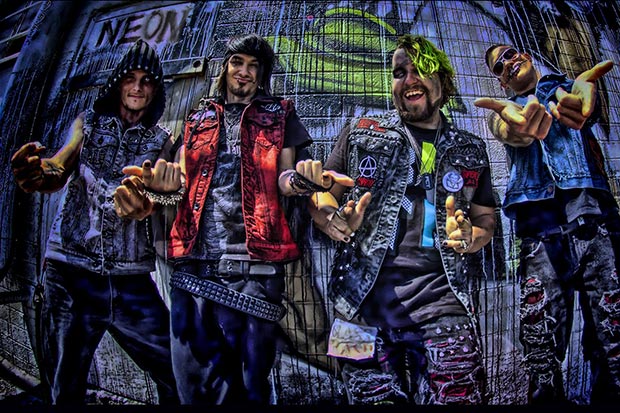 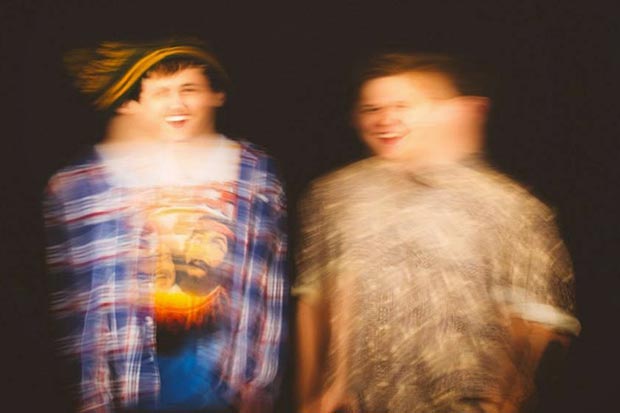