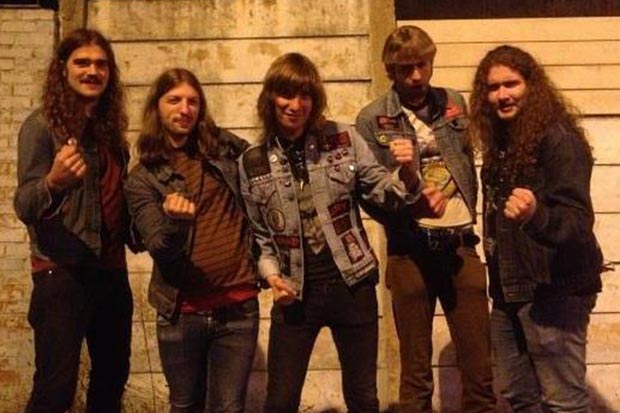 The Skinny: London’s Amulet will release their full-length debut, The First, on September 22nd in Europe and October 21st in North America (digital only) via Century Media Records. For a preview of The First, the album’s first single, “Mark Of Evil” can be heard above.

With the brawling street spirit of early ’80’s metal, Amulet capture the sound of classic metal, but more importantly, they bring the feeling of fist-to-the-chops-and-don’t-spill-my-pint grit firmly into the 21st century. Formed in 2010, the group is comprised of friends who met at various shows over the years and realized that they all wanted to make the same powerful and honest music.

Their demo tape/7″, Cut The Crap (2011), sold out quickly, and soon after that, Amulet began supporting bands like Pagan Altar, Manilla Road, and The Sword and playing festivals like Bloodstock (UK), Hell’s Pleasure (Germany) and Muskelrock (Sweden). On their upcoming effort, The First, fans can expect more of the classic British steel that’s found on their highly sought after demo: catchy vocals, heavy riffs, soaring leads and bone-shaking bass, driven to the limit with pounding drums. 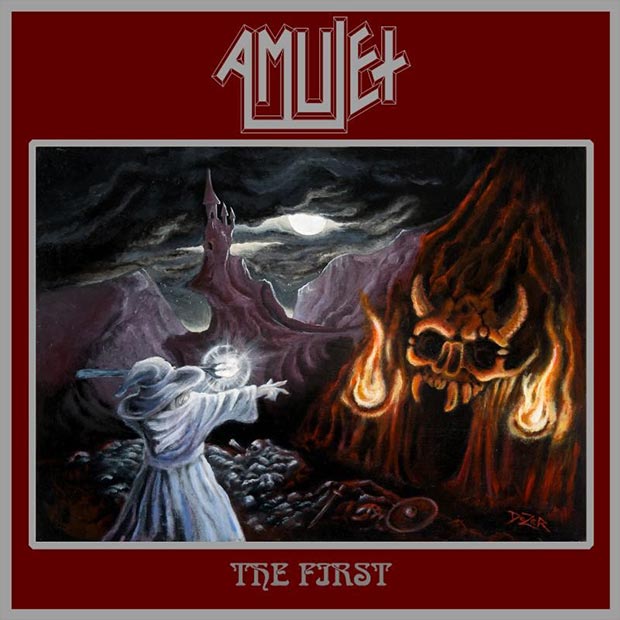