The Skinny: Australia’s Zeahorse is gearing up to release its North American debut EP Pools in Canada September 2 on Dine Alone Records/HUB. The Sydney four-piece has become a staple of the Australian underground music scene. Their dynamic, psychedelic brand of rock, coupled with an electrifying live show has established a devoted fan base stretching the far corners of their native country’s vast coastline.

Taking their cues from such classics as Fugazi, Slint, The Jesus Lizard & Electric Wizard, Zeahorse manage to weave an engaging path through the multiple genres that influence their sound on this EP. Their ability to traverse genres seamlessly derives from the eclectic influences that drive each member of the band. Botany, grunge, mycology, psych, mathematics, acoustics, doom, ethno percussion, hip-hop and techno all play their part. Pools serves as the perfect summation for the band’s introduction to North American audiences. 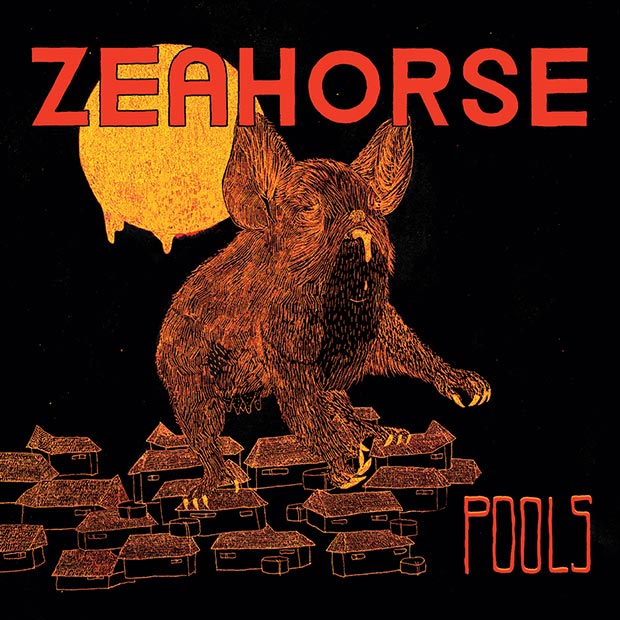