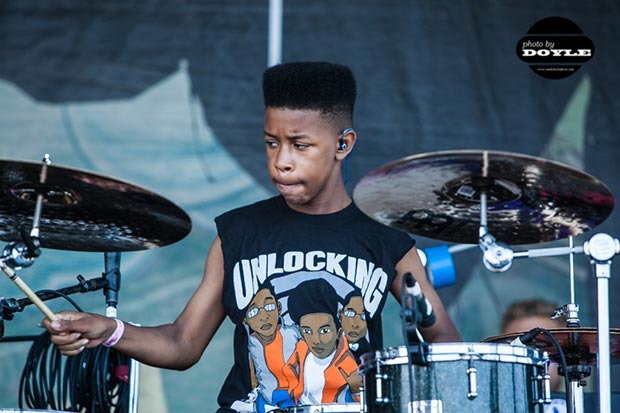 The Skinny: With so many bands, it’s hard to digest Warp Tour in just one day. It was a constant battle running from stage to stage, on a very warm and sunny day, capturing new acts like Unlocking The Truth, a Brooklyn-based trio that just signed a Sony record deal, or more seasoned bands like super-entertaining metalcore grops, Dangerkids and Beartooth. The mostly teen crowd was super-pumped through the hot day as there was crowdsurfing and moshing at every turn. The NY-based, female fronted Blackbird played the Shiragirl stage and hometown fav, Charetta, played on the Ernie Ball stage. I was also able to catch legendary pop band Bowling For Soup and a personal favorite, Real Friends, who played a solid 20 min set. Scranton-based Gothic metal band Motionless in White had a huge crowd by their set while Falling in Reverse closed the show just before 9pm not allowing photographers in the pit.