The Brisbane, Australia-based metalcore/post-hardcore quintet known as The Amity Affliction, released their blaring new 10-song album, Let The Ocean Take Me, on June 6th, 2014 via Roadrunner Records. Comprised of members Joel Birch (vocals), Ahren Stringer (bass), Troy Brady (guitar), Ryan Burt (drums), and Dan Brown (guitar), this group is on their way up at an increasingly fast rate. Recently, we got some time with Joel Birch and decided to have some fun and ask him about his tattoos, here’s what he had to say.

When, where and what was your first tattoo?
Birch: I got a shitty star on the inside of my right forearm. It’s still there, and it still sucks.

Do any of your tattoos have a particularly special meaning behind them? If so, do share man!
Birch: Most of mine have meaning, even if they’re just small mementos or examples of things I like, but the one that means the most is a recent one done by Sam Clarke on my right leg. It’s a Native American-styled woman, wearing a wolf headdress. My girlfriend went over to Arizona for a year when we were in high school, and made friends with a few Native American people; one of their families named her Falls To The Floor, because she always falls over when she laughs super hard. The wolf headdress is because she’s a fiercely protective mother, so it’s a celebration of her. I’ve known her for twenty years, and we’ve been through a lot together, so that’s probably my most meaningful one. 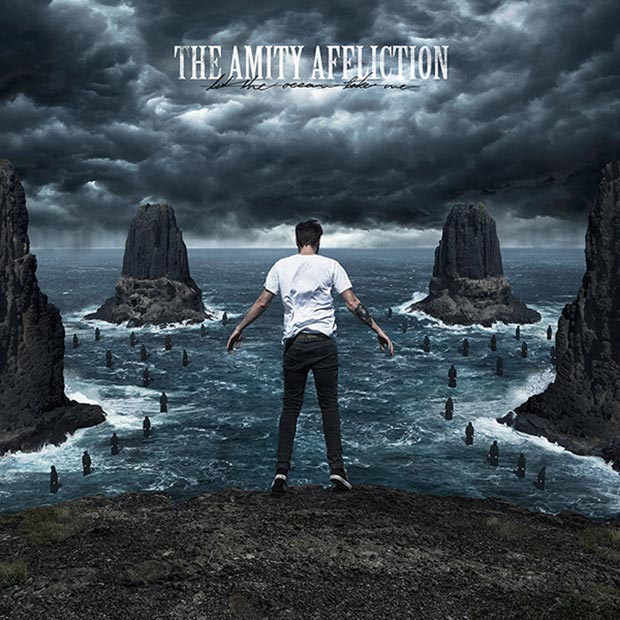 Do you have a specific shop or artist that you frequent (insert shameless plug time!)?
Birch: I have a few people that I return to, Sam Clark, Alison Manners, Benjamin Laukis and Mitch13, but no specific shops.

Do you have any new tattoos planned or underway? Give us the dirt dude!
Birch: I’m going to start on my back when I get home. I’m getting a mother earth back piece, it’s too wild to really explain properly, hahaha.

Have you seen any fans with a band tattoo, anything crazy memorable?
Birch: We just saw three guys in Montreal who all had the same Amity tattoos, that was pretty wild. There are so many out there now, it’s really flattering that there are all these people out there willing to put art on their bodies that is a direct homage to us. 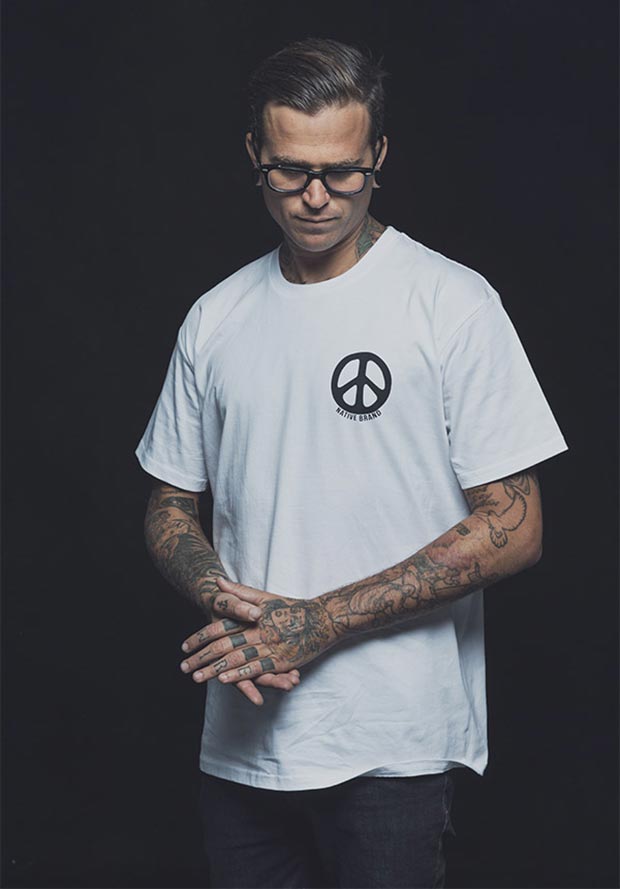 We know you have one… tell us about that stoned/drunken joke-tattoo you once got…
Birch: I’ve got way too many of these, hahaha. I have ‘Helmet Sux’ on the inside of my left leg, that was done by my friend Helmet one night when we were absolutely wasted. Ahren’s would take the cake though….

Do you have any tattoos that you now hate, want to replace, or have covered up, and why?
Birch: Yep, I am an atheist and I have a Jesus sleeve. Very embarrassing, I’m currently getting it lasered.

Check out the song “Don’t Lean On Me” 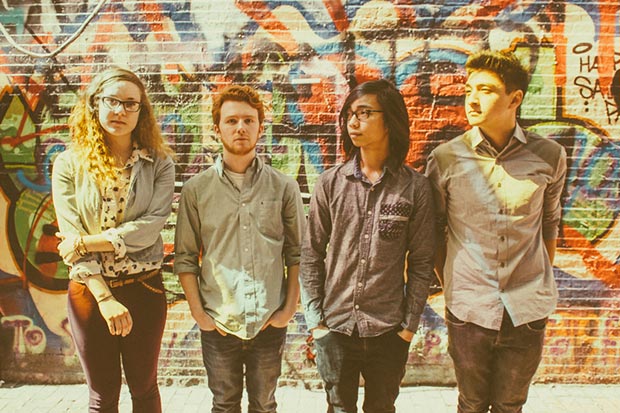 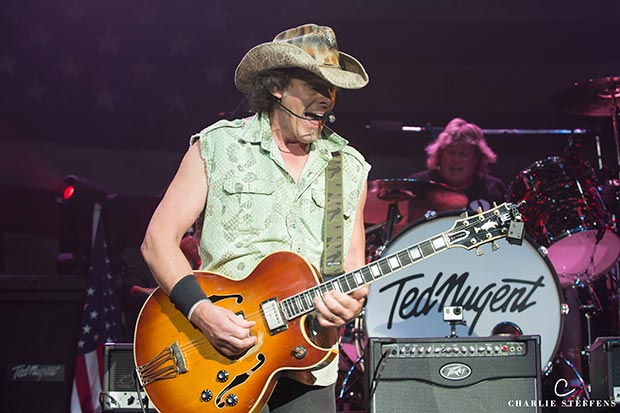