Released on April 29th, 2014, Vae Victis is the latest offering from New York metal mammoths, Ikillya. Loaded with 9 purely pummeling songs, the Megaforce Records released Vae Victis, has garnered glowing reviews from many of metal’s top websites. Rather than tell you why this album is good, we’ll let you check out the music below and decide for yourself. Before then; however, here’s what vocalist Jason Lekberg had to say when we asked him some of our more provocative questions.

Most public situation you’ve projectile vomited?
Lekberg: On the side of I-65 in Indy.

Any arrests?
Lekberg: Oh yeah. Class D felony for “residential entry” kicking in a door in an attempt to remove a friend from an abusive relationship. Misdemeanors for “running away” as my parents called it. Though they knew right where to send the cops….

Any near-death experiences?
Lekberg: Yep. My best childhood friend and I rolled his Blazer twice one day. I really thought that was it, but we both walked away. Crappy road construction combined with us going too fast. He valiantly held two alternating slides, but then the back of the truck caught a concrete fence post and we were gone.

If you could choose, how would you die?
Lekberg: Going as fast as possible in my Charger. 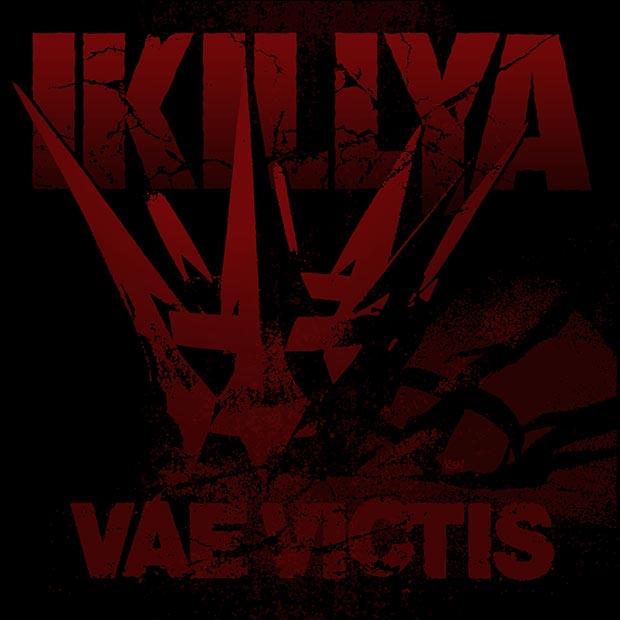 What’s one of the most fucked up things that’s happened to you as a musician?
Lekberg: The most fucked up thing is all of the people I’ve played with over the years who have squandered or wasted talent and opportunity. There are not many things that make me more angry. Don’t talk a big game and then not back it up. This is not rockstar, this is musician. Stop wasting my time living in your fantasy world.

You find someone’s wallet in the street. It contains a ton of cash and/or a winning lottery ticket inside and their ID. What do you do?
Lekberg: I would give it back. I want to earn my fortune.

Have you ever been too wasted to play live? What happened?
Lekberg: Yeah, that was a bad show. I missed cues, jumped around on stage like an idiot and basically pissed off my whole band. I’m still apologizing for that one.

Your instrument/gear (drums, guitar, etc.) has a catastrophic failure on-stage and you have no back-up, what do you do?
Lekberg: Just yell as loud as I can. I’ve had that happen. Show must go on, and I can sing loud.

Name some of your biggest pet peeves. You know… the ones that make you want to wreck shit!
Lekberg: One. Stupidity. 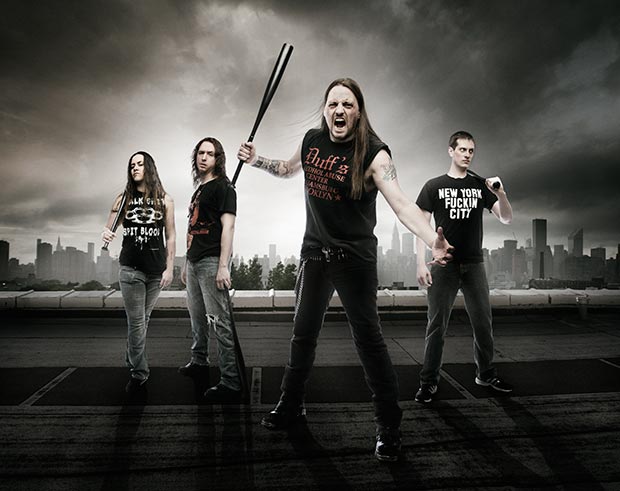 If there were zero repercussions to you, what one thing would you do that’s illegal or morally wrong?
Lekberg: Rob a bank. I love the idea of a Heat-style heist where if done right, no one gets hurt and you get to out-think people who make their living trying to stop you. I don’t even want the money. Just the thrill.

If you weren’t a musician or totally in love with your job, you’d be…
Lekberg: A mechanic. I love cars.

How often have you/do you pirate music? What about Movies and TV shows?
Lekberg: I do not, ever. If the art brings value to my life, I will pay for it. It’s the least I can do.

What is your stance on the legalization of marijuana?
Lekberg: There is no reason it shouldn’t be. It’s no worse than alcohol and seems to just be used to keep a money stream flowing to the government.

The NRA: Republican idiots or worthwhile organization?
Lekberg: An organization with just base principals corrupted by ignorance and greed. 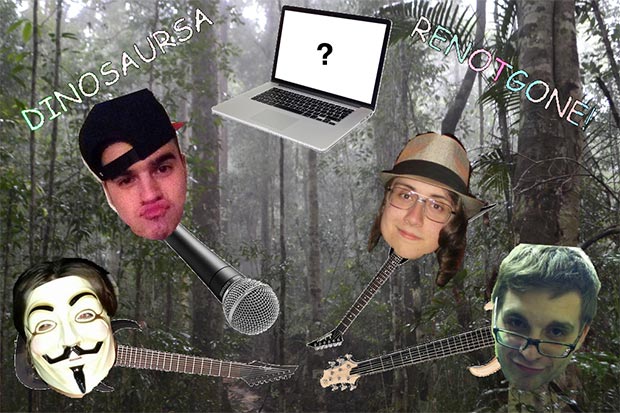 Dinosaurs Are Not Gone! – “Tyrannosaurus, or, Faith Will Drive You Home” [Free Song Download] 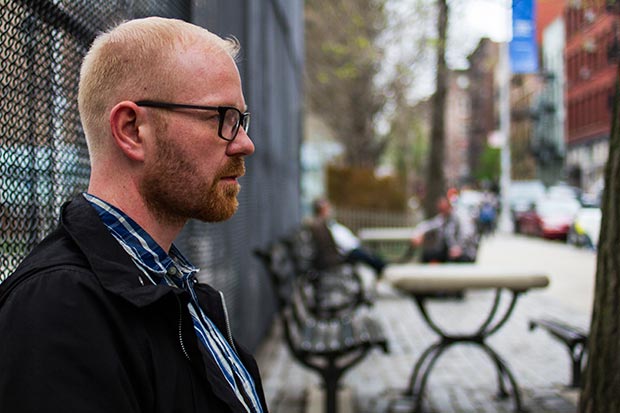 Revolution in the Elbow – “We Play the Game” [SoundCloud Song Stream]