Hello! TJ from The Nearly Deads here – reporting from Denny’s (free WiFi yay!) in New Jersey. It’s an off day on our “Invisible Tonight” tour with Rivers Monroe. We’re having a blast this time, I absolutely love being on the road. We just finished up a run with City of The Weak with a few days off with family in Milwaukee, WI. Then, it was back in the van, off for more adventures. The first stop was Fearless Radio in Chicago, IL. We love performing for them, they are super nice, and the interviews are always unique. Everyone should be tuning in! Here’s a podcast of the interview/acoustic set we did for them! 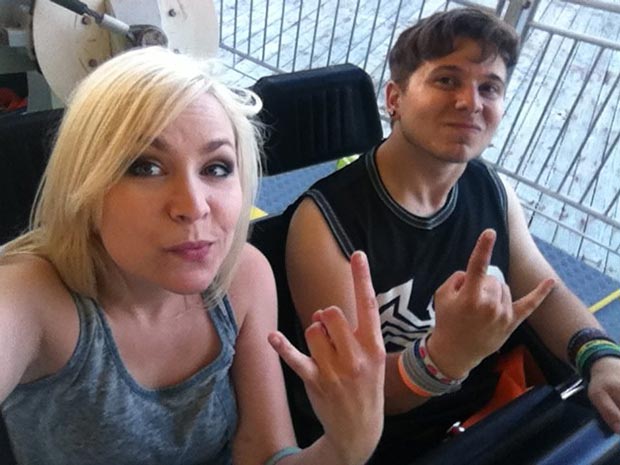 The first official show of the tour wasn’t until we got down to Czar Bar in Kansas City, MO. It was in the Power and Light district, which we walked around before the show. It’s actually a really rad city! One of my favorite things to do on tour is wander around and check out new places. It was our first time seeing Rivers Monroe play, and they blew us away! They are super cool dudes, so we could tell this tour was going to be fun. They brought a huge crowd out too! I got to see my sister and a few friends of mine from Lawrence, KS at the show as well. Best Tuesday night ever. 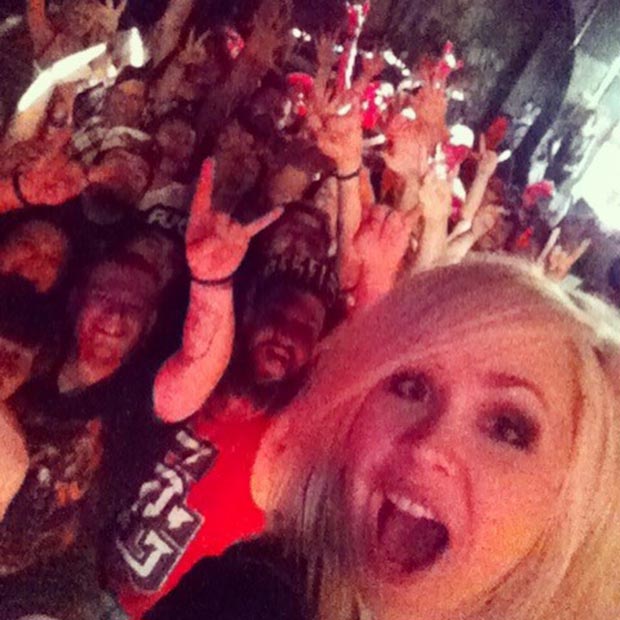 After the show Rivers invited us out to stay with them at a family member’s house…which ended up being on a farm in the middle of nowhere. This is where GPS goes wrong, people. We ‘arrived’ at our destination after hours driving through the middle of the night in total darkness on back country roads…..to a fence with like 6 cows just hanging out. “I don’t think this is the place”. It was 3 in the morning, so we just gave up and found a Pilot Travel Center to park at. It’s our go-to. 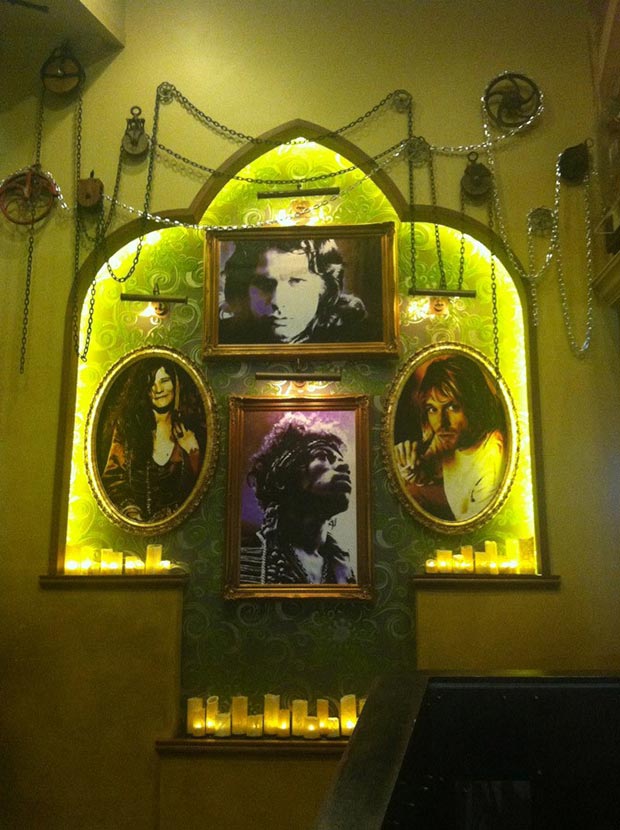 The next day it was off to Muncie, IN. It was our first time there, so we didn’t really know what to expect! We had some of our superfans/friends Chris and Kory there to show their support – and it ended up being the most weird/fun/fantastic/smelly/sweaty evening…there were 50 cent PBRs, after all. The venue, Be Here Now, was really cool. The plumbing…not so great. By the end of the night the basement was literally flooded. I can’t describe this place fully, it’s truly something that has to be seen. It has an amazing outdoor patio, which we got to perform on. The bathroom walls are covered with porn magazine clippings, and the walls of the insides are covered with old WWII propaganda. The vibe was super laid back. We ended up playing SUPER late that night, like at 1am, but there was a great crowd, plus fire-spinners! During our last song, “I Said”, there was also a fire-breather who totally made the song that much more epic! I was watching from onstage getting just as excited to see it as the audience! We also played with a badass ska band from Ohio that night, Two Days Until Tomorrow. After the last night, we go to crash around the corner at what seemed like a communal housing unit….they don’t even lock the doors. I was excited because there were two cats there! I get really excited when there’s cats. 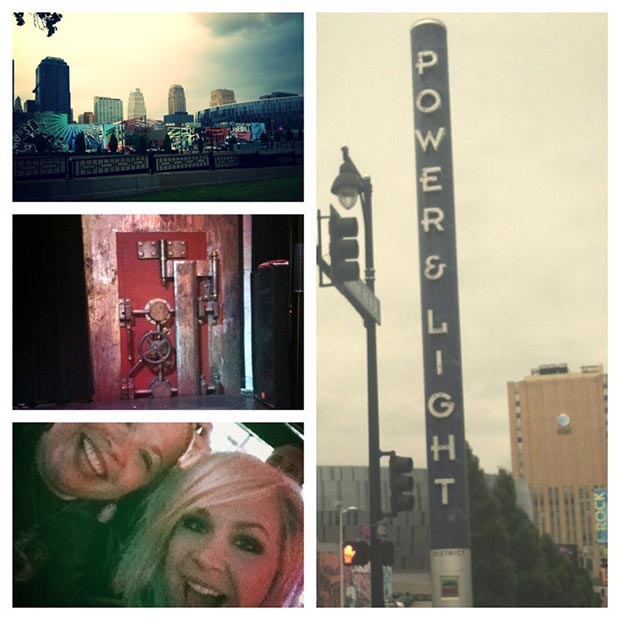 The next night we camped out with Rivers Monroe in Pennsylvania. They tour in an RV, so they hook up to campsites, run water, and play Xbox all night. We met them at a KOA site. It was Friday the 13th, a full moon, and a chilly night. Basically, perfect. We made burgers, brats, corn on the cob: all over a campfire. We struggled to make the fire with nothing but wet wood lying around, but it turned out alright. We also roasted marshmallows! It was a good chance for everyone to get to know each other as well. 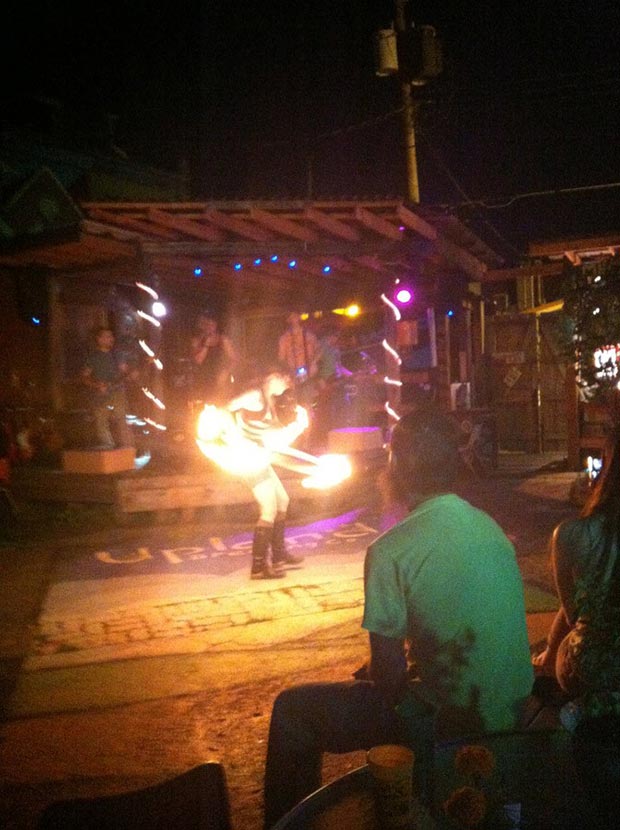 Our next show at The Champ in Lemoyne, PA was one of my favorites! We arrived a little late after getting slightly lost and stuck in traffic (welcome to life on the road) and there were already a ton of kids there! There was a stocked green room waiting for us, pizza, chips, waters…they treated us very well. We already knew some of our friends would be there, so we rushed in to greet everyone while the first band, We The Assembly, rocked onstage. About 2 months ago we hit up nearby Dillsburg (Chillsburg) PA…and we saw so many familiar faces from that show, including my new BFF Meghan, who was spending her 11th birthday at the show! We got to play with our friends Sincerely Yours, Forever the 9th, Able Moving Hearts, and Kamikaze Kupcakes! We had played with all of them before on other tours, so it was a big reunion! All these bands also have female singers either in them or up front – so it was amazing for me to feel like an inspiration for the night. It’s truly why I do what I do. I felt so much love and positivity that night. Everyone was so cool, especially our new bros in We The Assembly. We had many talks about life on the road and the music biz. 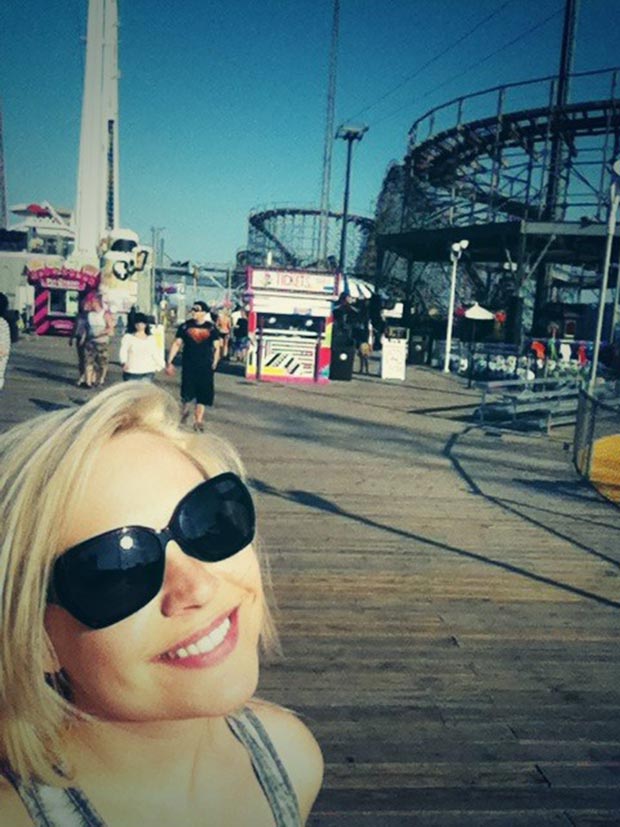 We played last, and it was absolutely amazing! Everyone stuck around, sang along, and danced the night away. We even got an encore! We decided to end it with our cover of “I’m Not OK” by MCR…and everyone went wild. I think the audience sang more of the song than I did! Afterwards it was photos and autographs and hugs all around. Truly one of our best nights as a band. It makes us feel so good to know that we’re out there making friends and inspiring younger kids to start their own bands…and it’s even better to know that we can encourage them to keep playing by putting together shows with them. Hugs to all our people from The Champ! 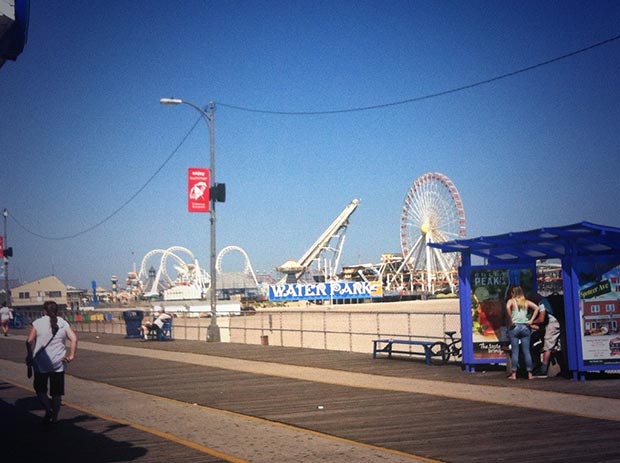 The next day was Father’s Day and we spent it at the Hard Rock in Philadelphia. It’s Rivers Monroe’s hometown, and they definitely brought the party! The Hard Rock treated us all like rock stars…it was one of the coolest shows we’ve played. Everyone was very nice and accommodating…good vibes all around. Modern Suits and An Honest Year rocked out before we hit the stage. Shout out to the sound guy too for making it a great show. Lots of hot girls too! Hahaha being the only girl in the band means I have to deal with the dudes flirting the night away…but they’re good guys, so it’s ok. I’m kind of like their mom. 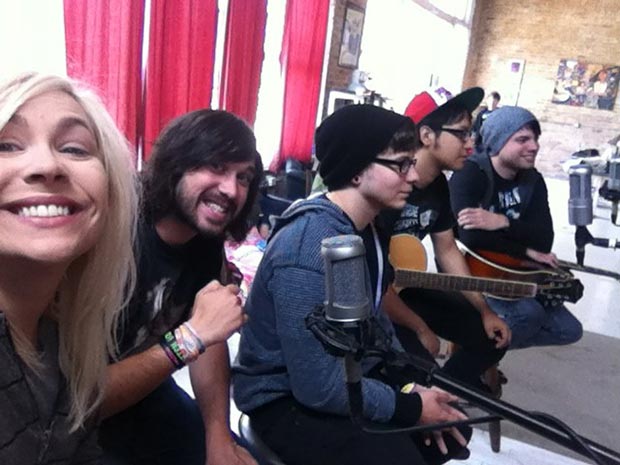 The next day was seriously the most fun we’ve ever had on tour. We had an acoustic session/interview with 106.3 WSJE in Wildwood NJ. The studio was located right on Wildwood beach on the boardwalk! I knew it was going to be cool, but I had no idea what we were in store for. Roller coasters, rides, sand and sun, a huge boardwalk with tons of ridiculous t-shirt shops, funnel cake…Jim aka DJ Tanner from the radio station totally hooked us up with free ride wristbands. After the show, which aired live and will also be available as a podcast, we hit the boardwalk. #JerseyShore #madselfies #bestdayever We all geeked out like little kids, rode every ride, and ate peanut butter and chocolate covered funnel cake to end the night. The Wildwood boardwalks are seriously the best I’ve ever seen, and I’m from Florida! It was ridiculously cool. We got to chill out and bond as a band, which is something we rarely have time to do. We took it all in, and had the best day ever! 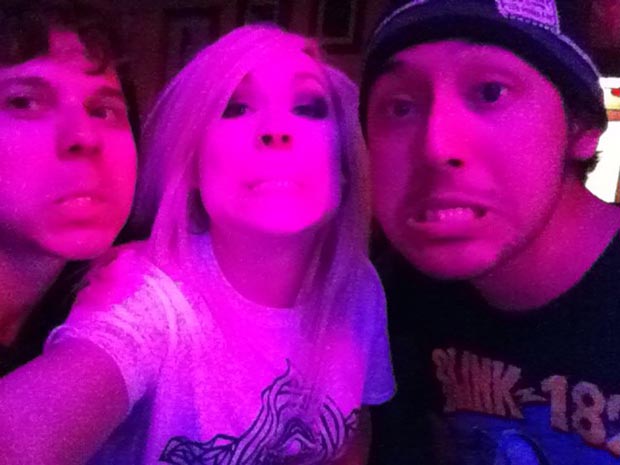 Now, we’re off to South Carolina! See you out there on the road! 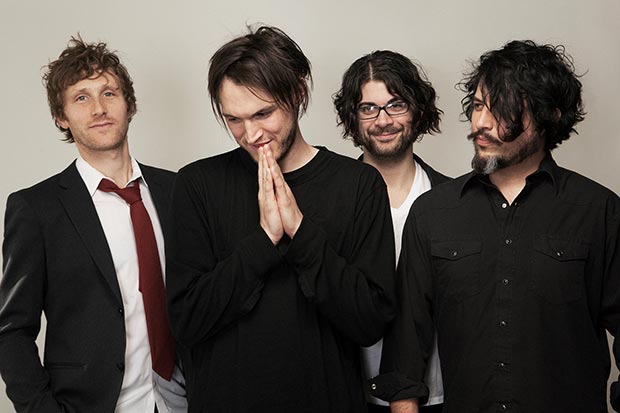 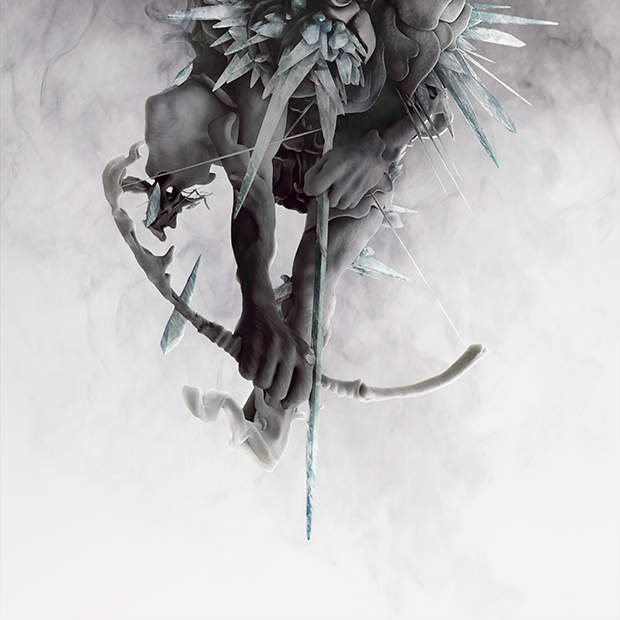