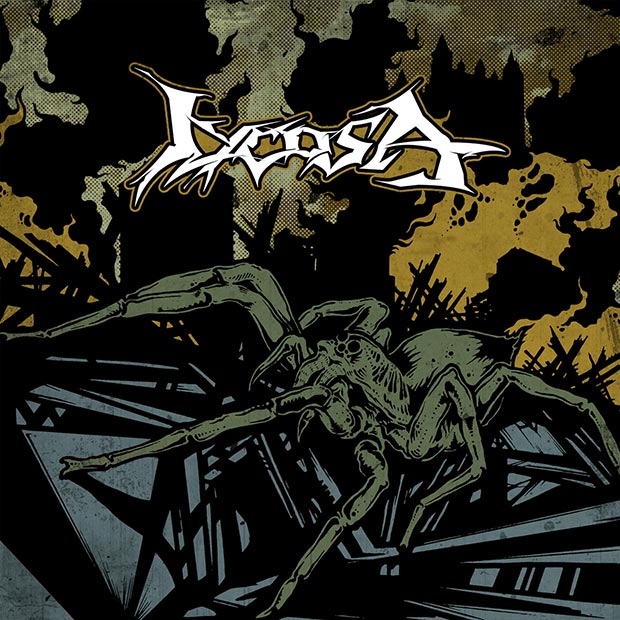 Lycosa are an interesting band. Not interesting in the way that you want to laugh at them, but rather really and truly interesting. The group hail from Pittsburgh, PA and formed in 2010 – this Self-Titled EP is their debut and it’s definitely a strange beast.

Now when I say that Lycosa is a strange beast, I mean that they are strange in the fact that they are different. Yeah I know, all bands claim to be different; the thing with Lycosa is that they really and truly are different. In what way? Well, they switch genres multiple times in their songs so it’s really hard to pigeonhole them to a specific genre. For example, songs will plod along like they are doom, yet vocally will contain death grunts and even pig squeals. Then, mid-song the band will launch into some Ride the Lightning era riffage and then back into the doom. It’s odd, but refreshingly cool at the same time.

The EP is only 6 tracks long but it’s definitely a doozy. Check it out on their Bandcamp and pick up a copy of the CD if you can afford it. Definitely recommended.

Check out the album ‘Lycosa’