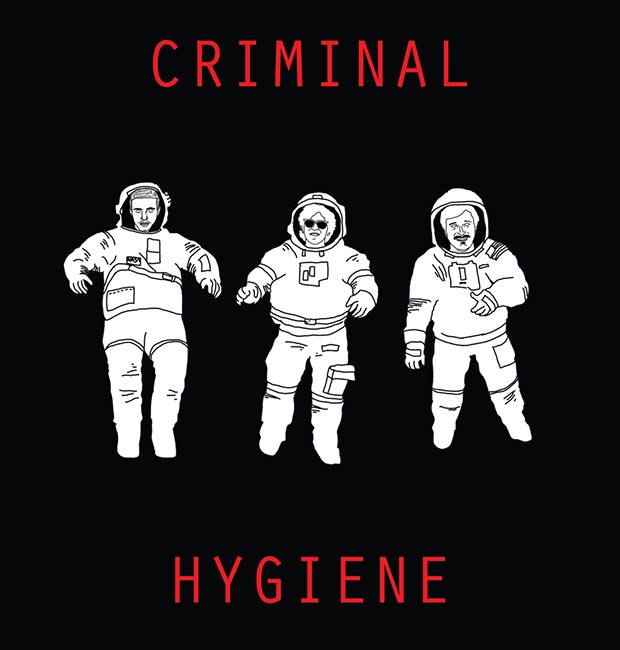 Criminal Hygiene’s “Withdrawn” is available here, for you, completely free for download, you cheap bastard! Hahaha just kidding! The band known as Criminal Hygiene was born over a couple of really good burgers at Olympian Family Restaurant in South Central Los Angeles. By this story it’s clear that meat, creativity and ambition all go hand in hand in a nice, neat little package. The way the band was formed was that founding member Michael Fiore took a break from his double bacon cheese burger to suggest to James Pratley Watson the idea that they record some rock n’ roll together. After first getting drunk, which is of course crucial to the creative process, the guys got into the musical process which went on for the next seven months while the two were still going to school at the University of Southern California.

Lost, angry and generally not giving a fuck, Fiore and Watson carried on and got the shot in the arm they needed when they met Tacoma native Sean “Birdman” Erickson. With Birdman now in the fold on drums, Criminal Hygiene became a band with purpose and meaning. Their debut album was called CRMNL HYGNE which came out in early 2013. Since then, James has been replaced by another Michael (Michael “Chili” Hiller) and they released the Withdrawn EP in February. So if you too do not give a fuck, get your Hygiene on and turn those speakers up.