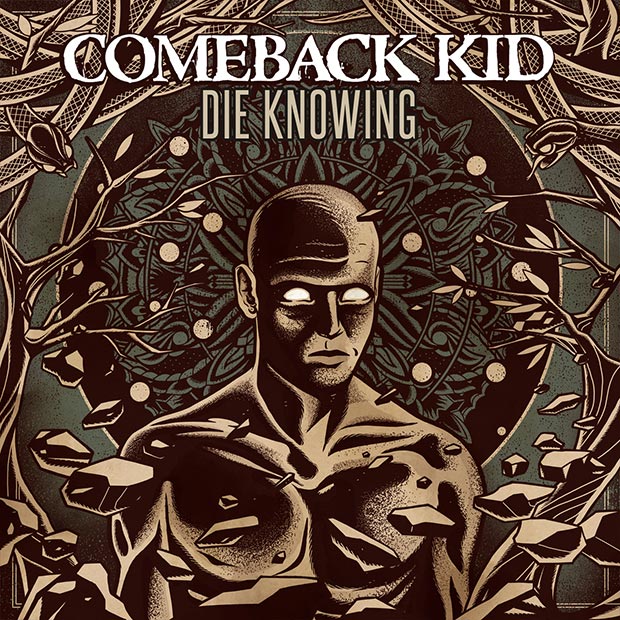 With who I’m pretty certain is Dr. Manhattan staring off the album cover, melancholic and ruminative as he wills the world to disintegrate around him, Comeback Kid sets a heavy tone that screams at its own loaded flaccidity. That basically means that the band knows they are kicking ass on this record, and even though their topical grip on Canadian hardcore is slipping, they are forcing us to pay attention.

The record thrashes its way through a half hour with sledgehammer grooves and ballistic riffs that hop from hardcore, to speed metal, to punk-rock; managing to sound like thrash-era Propagandhi, 90’s Pennywise, and just as aggressive as 2003’s inaugural record Turn It Around. Neufeld literally (or figuratively, or whatever) screams his goddamn brains out and everyone else shreds any instrument they can get their hands on. The latter half of the record swells to summation with “Somewhere in this Miserable,” “Beyond” and “Unconditional” perforating eardrums and tightening pants everywhere, before – when you can barely take any more – “Sink In” expertly closes with the record’s strongest song.

Die Knowing breeds hyperbole, but in the basest terms it solidifies Comeback Kid as veteran staples of Canadian Punk, stepping from the niche of hardcore entirely, and standing alongside Propagandhi, Fucked Up, and Choke as one of the country’s best.