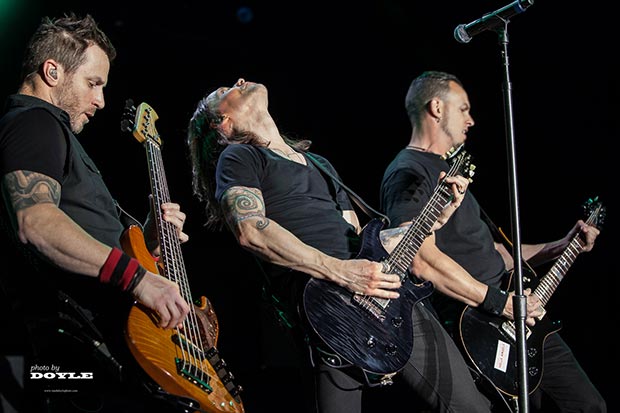 The Skinny: The technically sound After Bridge played to a sold out and enthusiastic crowd at Best Buy Theater in NY. AB’s top craftsmanship lead by front man Miles Kennedy, whom has seemingly played with every top band in the past ten years, had amazing vocal range. Considered one of the top vocal rock talents of the grunge era, Kennendy played AB favs like “Blackbird” and “Ties That Bind” among 15 other tunes. Lead guitarist and AB and Creed co-founder, Mark Tremonti, lead the way with tight guitar licks through the set. The band will soon head out on the rest of their “Fortress” world tour before heading back to the States for a final mid-Summer show at Cadott Rock Fest in WI on July 18.