Italy’s Lacuna Coil recently completed a one-month U.S. run with Sick Puppies, Cilver, and Eyes Set to Kill when the Revolver Magazine “Hottest Chicks in Hard Rock” tour wrapped up on March 20th in Anaheim, California. Broken Crown Halo, the new Lacuna Coil album, was released on April 1st, and the band has started a run of headlining dates which began on April 4th in Abiline, Texas. Supporting bands include Kyng, Eve to Adam, and Cilver.

More than just a band with a good-looking female singer, Lacuna Coil is known for its gothic musicality and showmanship, armed with two lead singers, one male (Andrea Ferro), the other female (Cristina Scabbia). Scabbia was voted number 4 in “The 25 Hottest Chicks in Hard Rock & Metal” article that ran in the February-March issue of Revolver. The singer, who has been the other half of the Lacuna Coil duo since the band began, weighs in on Broken Crown Halo, the changes in band personnel, the hardships, the victories, and her status as a rock magazine pin-up girl.

Scabbia says that it was the second time that her band was part of the “Hottest Chicks in Hard Rock” tour. “I have to admit that the first time it was kind of embarrassing for me. But I also realize that in the States it’s something more for the fun of it. It’s the same fun that you can have going out in a sports bar and having a beer with a friend. It is partly for a sexual thing because you find a girl attractive and beautiful, but it ends there.” 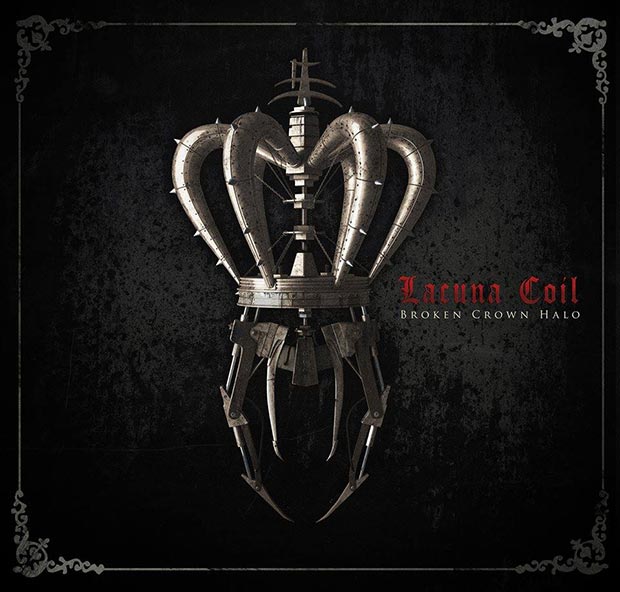 On being seen as a sex symbol in rock, Scabbia says “It’s not something too deep, so it doesn’t really worry me. I don’t see it as a lack of respect or anything like that, because I know where it comes from. I know who I am. I certainly wouldn’t care about a guy telling me something about it. I never got disrespected or anything like that. And plus, the only thing that really surprises me is that everybody makes a big deal of women being seen as a sexual object or being seen as sexy and hot.”

“But nobody realizes that guys have been doing this forever, from Motley Crue to this new generation of bands that are showing abs or covering themselves in tattoos and taking pictures with no shirts on. So it’s pretty much the same thing. Girls are looking at attractive guys. Guys are looking at women. The point is that I would never want to be a man. Being as a woman, I accept my sensual part and accept the fact that I can be attractive toward somebody else.”

“But I don’t put this together; the fact that you can be used by other people. I mean, that’s a completely different thing. It could be a fan thing. ‘Oh, I saw a picture of Cristina. Oh, my God. I would fuck her. Oh my God, I would do this and that.’ I know that once I’m a public person I have to accept criticism. I have to accept a different opinion. But that doesn’t touch my life. It doesn’t touch my family, my friends, my boyfriend, or myself, because I could care less. You think I’m attractive. Better than being considered the ugliest chick in metal (laughs). What can I say about that? Being in the charts and being 41 makes me extremely happy, because I can be an example for other girls that are looking at themselves in the mirror and they find themselves ugly, while I am totally showing that you can be 5’3″, you can be a little overweight, you can be not perfect, you don’t have, like, big, fake boobs. But still people are more interested in something more than just my face because they know I might have a little bit of a brain too. And I’m happy I’m setting this example for other people. So I’m not complaining at all.”

Check out the song “Die and Rise”

“There’s nothing to hide about that. Basically our drummer Cris and our guitar player Cris wanted to do something different–couldn’t deal anymore with the touring life, because it’s hard to stay away for such a long time. For months at a time. So they just decided that it was time for them to do something else. So it was a super-friendly split, probably the most friendly split in history, because they just came to us and they told us what they felt. And we told them that we wanted to continue because we still love what we do. And they just like, gave us their blessing and we gave them our blessing. We’ve been friends since day one, and we ended it up as friends. I don’t even like to call it a split because it sounds too harsh. It was a goodbye more than a split. Maus (Marco Biazzi) is the only one that’s playing guitar now.”

Ryan Folden has taken over duties as drummer, replacing Mozzati. “He’s been our drum tech for a while and he actually replaced Cris for a year, almost, because he had a baby so he couldn’t be on tour with us. So it was the obvious choice for us to choose a person we’re friends with, with the right attitude, a ton of energy onstage.”

The band will resume as a five-piece outfit instead of its usual six member lineup. The Lacuna Coil legacy will continue with Scabbia on vocals, Biazzi on guitar, Andrea Ferro on vocals, Marco Coti Zelati on bass and keyboards, and Folden on drums.

Prolific work from artists is often made during trials. Broken Crown Halo was written and recorded when the band was in a state of bereavement.

“We were not in a happy place,” Scabbia admits, “because some of us were going through something serious within our families. Some of us went through very heavy breakups and big changes in life. It’s something that happens to other people but it changes your point of view on life, and changes your list of priorities. And funny enough, every time you’re sad or depressed, or you’re going through a bad moment, you feel more inspired to write something deep in your music because you take the time to look at it by yourself to think about what’s going on. That’s like a big inspiration for us and that’s what happened. So, from bad things there are always something good coming out.”

The death of Claudio Leo, who left the band in 1998, was the impetus of the closing song “One Cold Day.” “We were in a sad emotional space,” Scabbia reflects, “because that song, we wrote it for a friend who’s not here with us anymore, and that was one of the founding members of Lacuna Coil. He died of cancer in January of last year. So we wrote this song for him. But we didn’t want to make it too clear or make it sad, but we wanted it to talk about the cycle of life. Even if we, of course, are absolutely sad and we’re shattered when we lose somebody, it’s part of life. So we just have to move on and keep the memory of the person who’s not with us anymore, but go on.”

“We call this album very cinematic because we love movies and we’ve been strongly inspired by movies when we were younger. Especially movies by Italian directors because that’s what we could see on TV.” The haunting refrain, “Cybersleep,” is an example of Scabbia’s claim, inspired by the internet and Inception, a movie she says that “talks about different lives that you can live through different dimensions.”

Check out the song “Nothing Stands in Our Way”

Scabbia advocates healthy internet usage, believing that cyberspace can be toxic. “I use the hell out of it to connect with my loved ones with my fans through the socials. But I also notice that a lot of people tend to create, like, a fake life through it. Putting out fake profiles or making themselves look better. But not necessarily looking better–just presenting themselves as somebody that they’re not–that they wish they were. That’s kind of scary, because real life is completely different. It’s not you presenting yourself as a rock star, or a famous artist, or the fitness teacher with one picture is going to change your life for real. You really have to go out and do something if you want to get to the point where you’re going to be the rock star or the fitness teacher or the model.”

“The other day we were talking about as soon as you go onstage you see a lot of cell phones because everyone wants to capture the moment of the beginning of the show so that they can post it online. There are way less people that enjoy the concert. Now everybody’s looking through a phone. I get it, because you want the memory and something spectacular’s gonna happen, but there is still the filter of the phone and that’s kind of weird, because you’re still looking at reality through something that is not.”

At 41-years old, Scabbia attributes her young look and energy to the way she thinks.

“I think as a 12-year old little kid. I will always have a super young spirit because I like funny stuff, I like to laugh. I love life. I love to enjoy every single moment. I think I have to thank my family’s genes first, because it’s not something I planned. I don’t even work out. I probably work out one or two days out of the year. I don’t really do anything special. I drink a lot of water and try to sleep a lot.”

“Come to the shows because that’s where the real essence of the band comes out, with the energy and interaction with the crowd. It’s a real rock show with sweat and a lot of jumping and moving and head-banging. That’s how we like it. We’ve toured with very diverse bands. From Anthrax to Type O Negative to Rob Zombie. We never had any problems with the crowds. I mean, everybody accepted us. Maybe because we have our own style and we really love what we do. We’re not a contrived band put together by a label, so I believe after all these years they can feel the honesty of what we put out.” 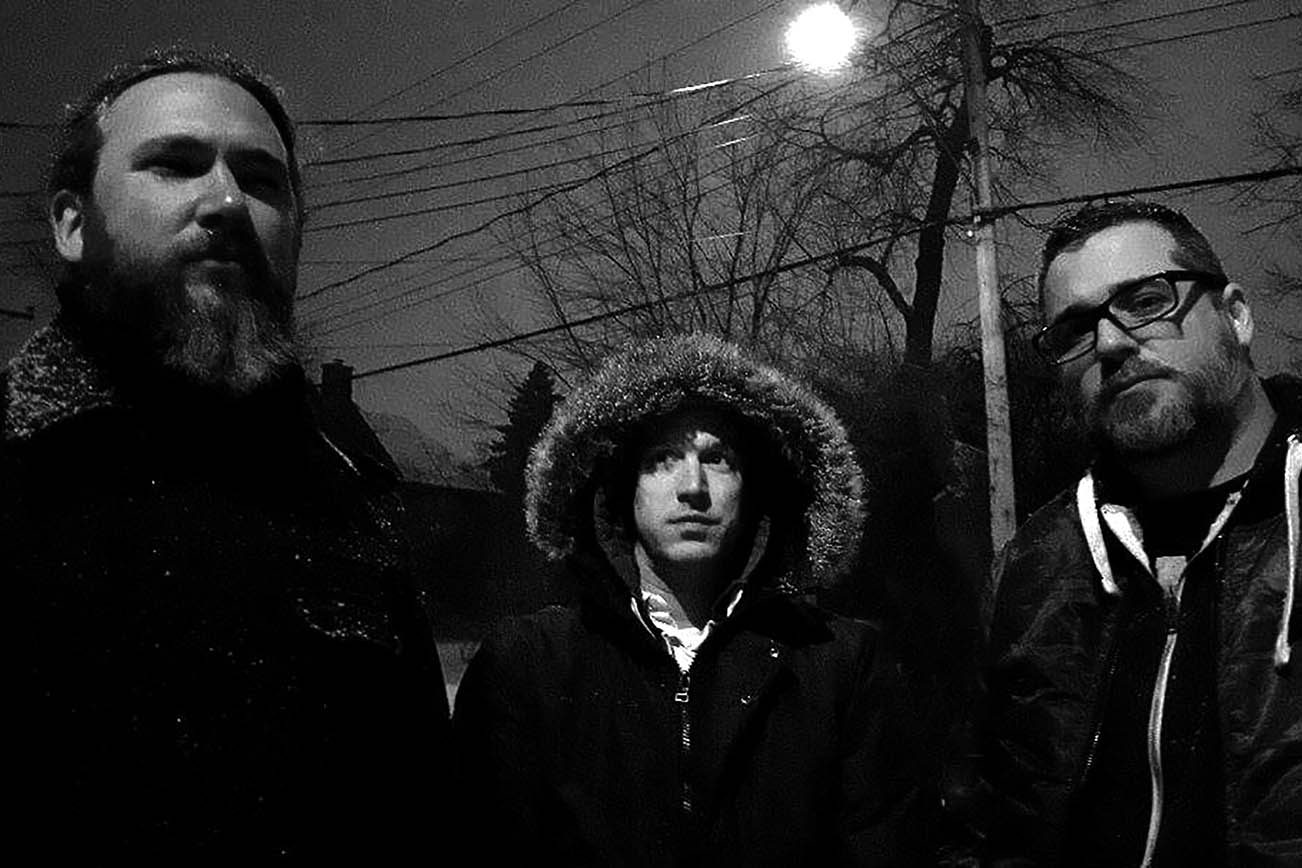