Pedro “Perico” Arguello plays bass (and handles backing vocals) for the Latin American rock quartet, Prime Ministers. The band formed in 2007 and since its inception has been slowly wowing audiences and critics alike with their brand of catchy, modern rock. Enter 2014 and the group are set to break out unlike they’ve ever done before, thanks in large to their hot new single “Take It Back”. The track comes from their sophomore full-length album, NOW, which is due out this Spring. Check out this gear review wherein Arguello talks about his 63 Precision Bass guitar.

What one piece of gear do you use to obtain your signature sound?
Arguello: My 63 Precision Bass.

What about it makes it so important to you?
Arguello: It just always fits right with our guitar sound, it has a really deep fat low end and a lot of really nice mid frequencies. It’s neck is thick but it always feels like butter in my hands, it was the only bass that our producer wanted to use on our new album. 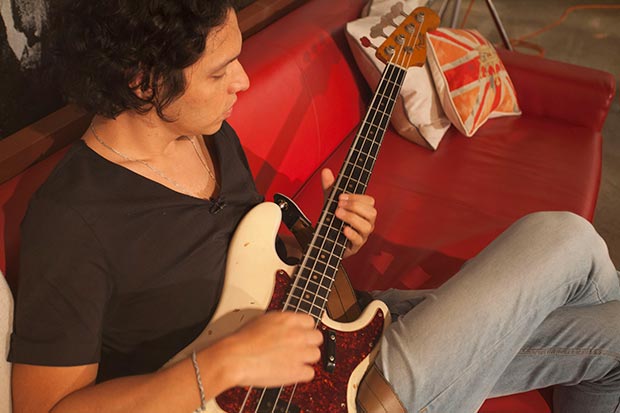 How was this gear used during the recording of your latest album?
Arguello: We used it on the whole album, except for “Revolution,” on that one I wanted to play my 73 Rickenbacker with some Flatwound strings melted with my Fulltone bass drive pedal. It sounded really nasty… everyone loved it!

How do you recreate your album (guitar/vocal/bass) tones in your live set?
Arguello: My live rig is what we used for last album recording, an Ampeg SVT 73 head with a micked 78 Ampeg 8×10 cab, with some pedals, my favorite ones for sure are the Fulltone bass drive pedal and the EBS multi comp pedal, 99% of the time I am playing these two pedals are on. We have a lot of vocals going on the new record too, We recorded some distorted vocals using a couple of guitar FX pedals and then a 100 MSEC delay slap back FX added using a vintage Echoplex tape delay! It’s going to be fun trying to recreate these sounds next tour. 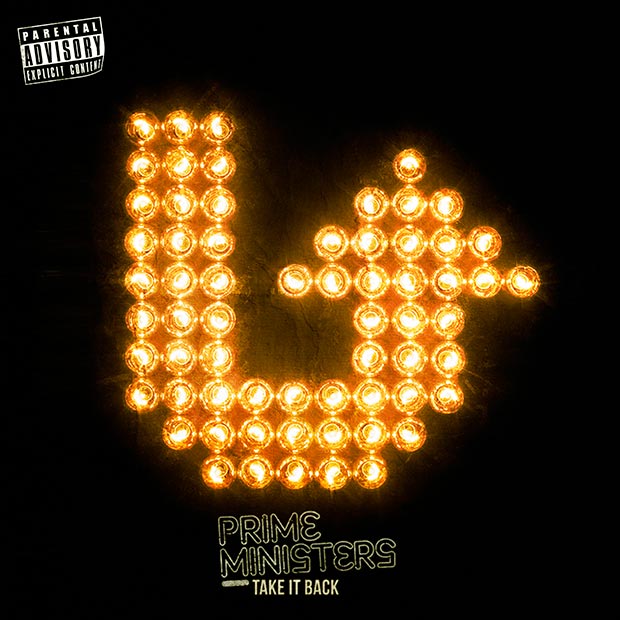 What are the major pros and cons?
Arguello: Well, Sometimes you have to adapt yourself, not all the places that you are playing sound the same or have the same backline available, in my case the principle is the same, just a good sounding P bass and a tube amp.

Do you have a backup for this gear, if so, what?
Arguello: Yes, I have some basses that I love, I really like my 88 Fender American Vintage Precision bass, I think that one will be my main axe on the road, it will work fine with just any tube amp that we can find. 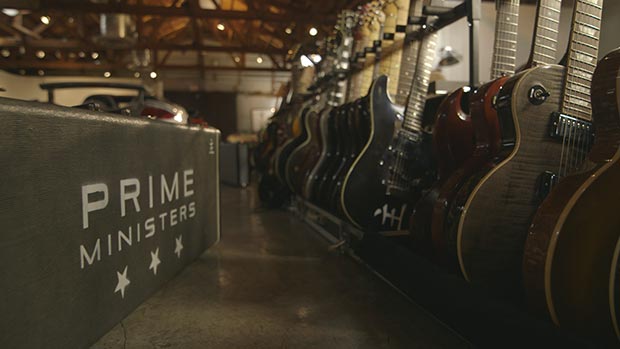 How long have you had it, how do you use it, would you ever change it?
Arguello: I have had it for 5 years now… I always wanted a 60s precision…. I played it for five minutes and I knew that this was the one, actually I think I’m gonna retire it for a while… want to have a little fun with other basses that I also like a lot and that are in better shape for the road.

Give us your best “gear goes wrong” story.
Arguello: Last tour we were playing a big radio festival in Ecuador, I was very excited because I decided that I was going to use a ’73 Hiwatt head which I had just purchased 2 weeks before the gig, it sounded so damn warm and beautiful! In the middle of the second song the bass was gone for ten seconds. Later on I found that the Hiwatt head blew up on the second song… I was mad about that!

Any final thoughts or comments on the gear?
Arguello: I like gear that makes me move or feel something, I think that the sound of every musician is an important part of their personality, so we have to be respectful about it. Experiment with gear and if it clicks with you, grab it!

Check out the song “Take It Back” 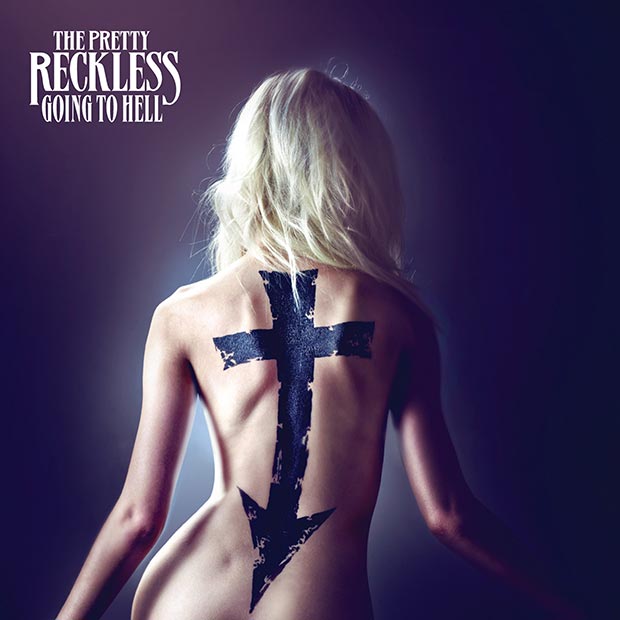 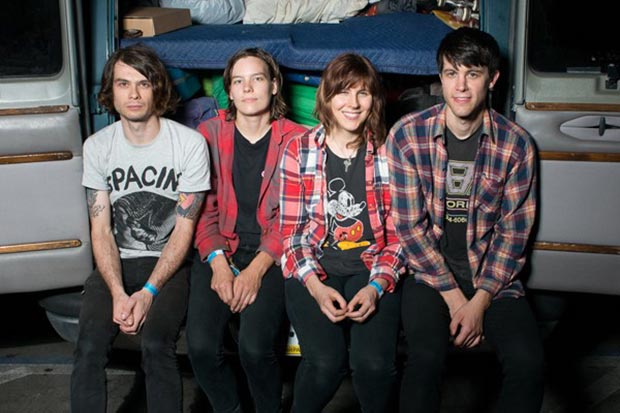