The Skinny: Relapse Records this week confirms the label signing of blistering grindcore quartet, The Drip, releasing an arsenal of details on the band’s debut recording for the label. Relapse will transport A Presentation of Gruesome Poetics to humans in North America on April 15th preceded by its April 11 release in Germany and Benelux and April 14th release in the UK and rest of the world. The second track from A Presentation of Gruesome Poetics, the ravenous “Rise To Failure,” has been released and is now playing above.

Based out of Washington State, The Drip unloads a belittling, ravenous style of high-potency grind, having taken cues from the forefathers of the genre like Napalm Death and Brutal Truth yet contemporizing their approach to put them on par with Nasum, Rotten Sound, Insect Warfare and the like. The Drip now brings their ferocious, blasting arts to the Relapse roster with the release of their label debut, A Presentation of Gruesome Poetics. A relentless, skull-crushing, pissed off, high-energy, blast-riddled explosion of violence, the EP rips through six tracks in barely twelve minutes, the first release to be fully recorded at Audiosiege in Portland by Joel Grind (Toxic Holocaust), after which it was mastered by Brad Boatright (Tragedy, From Ashes Rise, Integrity). 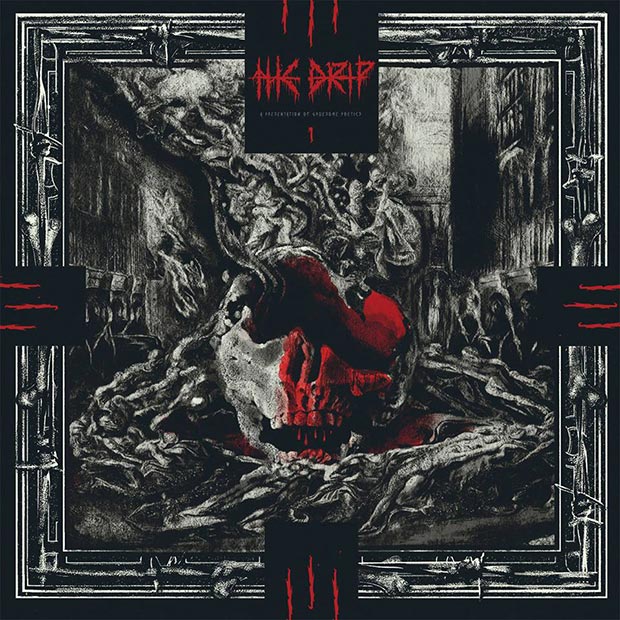