Mississauga, Ontario is where the relatively new alternative hard rock/metal quartet Starfall call home. Composed of Jimere Bryan (vocals), Chris Black (guitar), Stephen Miskie (drums), and Colin Holman (bass), the band originally formed in 2010 under the moniker Blood of the Fallen before collectively deciding to change their name to Starfall after their music took a slight turn.

The group continue to get positive feedback in and around their region, and now with the recent release of their new single titled “Shards”, things keep progressing. Released on May 26 of 2013, “Shards” demonstrates tremendous growth for this young group. The track was recorded, mixed, and mastered by Chris Cosentino at Citadel Studio and is now available here as a totally free download. Check it! 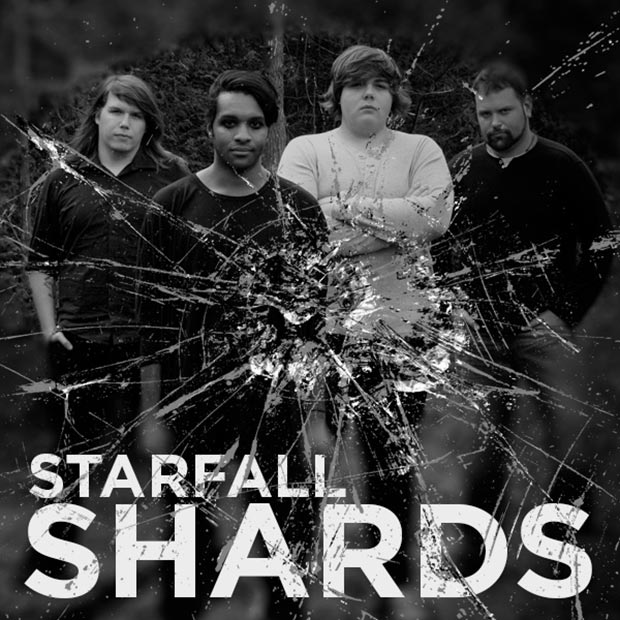