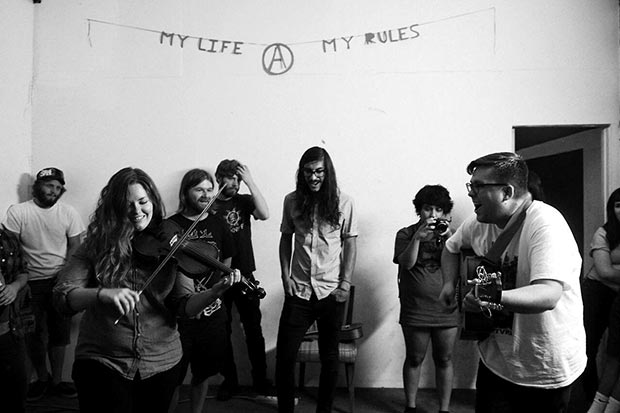 San Diego, California’s Sledding With Tigers have premiered a new song titled, “Handshake (Never Take Relationship Advice From The Lead Singer Of A Pop-Punk Band)” online for streaming and download. The song is the third to be released off the group’s forthcoming debut album, A Necessary Bummer, so check it out now!

Recorded in the Fall of 2013, A Necessary Bummer is the first proper release from Sledding With Tigers. The 10-song project features tales of life, love, and self-loathing as told through the eyes of singer/songwriter Dan Faughdner. His music is not folk enough for folk or punk enough for punk, but it’s guaranteed to put a smile on your face. Antique Records is releasing the album on vinyl in May 2014, with a limited pressing of 500 copies split between two variants (400 black / 100 blue & pink).

01. Never Really Good At Sports
02. “Oasis” by Wonderwall
03. Not So Body Posi After All
04. Handshake (Never Trust Relationship Advice From The Lead Singer In A Pop-Punk Band)
05. National Public Radio
06. Cuddle Punx (The Theme From ECCO: The Dolphin)
07. The Devil And A California Burrito Are Raging Inside Me
08. Oh, Right. Damn, It.
09. I Got The Blues Macaroni and Cheese
10. That One Limp Bizkit Song 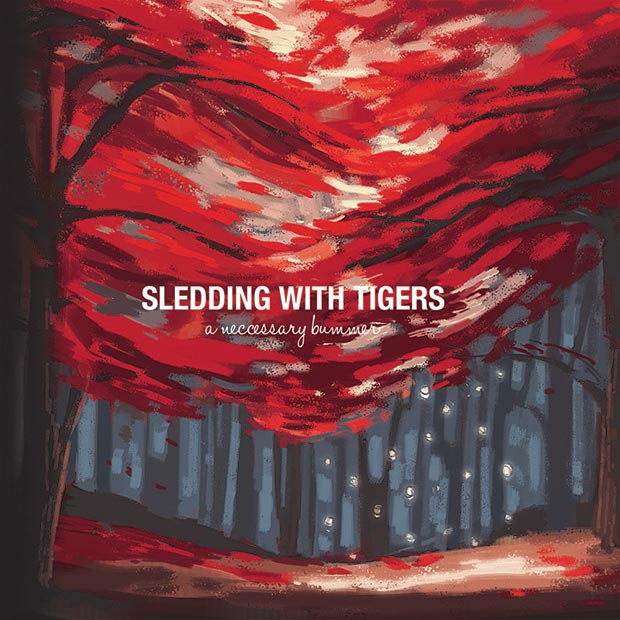