We are pleased to offer up to you Navy Skies’ latest track “The New War” free for download. Originally forming under the name Rebel Rebel, Navy Skies have had a busy last year since early 2013. It was around this time that the Toronto five-piece decided to start from scratch under the new name of Navy Skies and revert back to their punk rock philosophy. Since then, they have spent the better part of a year on the road and honing their aggressive indie rock sound into the EP called The New War. The band members really put their all into this EP, working with producer Sydney Galbraith at Desert Fish Studios in Toronto to pump out five hard-hitting, but catchy and sincere songs. The band spent the better part of summer 2013 working on the EP, which involved a lot of writing and rewriting new material.

The EP is a collaborative effort defined by loud guitars, booming drums, melodic keys and raw vocals. Singer Travis Caine’s lyrics touch on both his youthful optimism as well as his battle scars in life which brings out a fair share of hopeful moments and moments of despair. As Caine says, “it’s about coming up short, dealing with loss and letting go.” Bands such as Hot Water Music, the Constantines, Get Up Kids and the Weakerthans have all had important influences on the members of Navy Skies. These bands have all helped Navy Skies develop a polished and unique sound that has helped them become one of Toronto’s biggest and brightest upcoming bands. 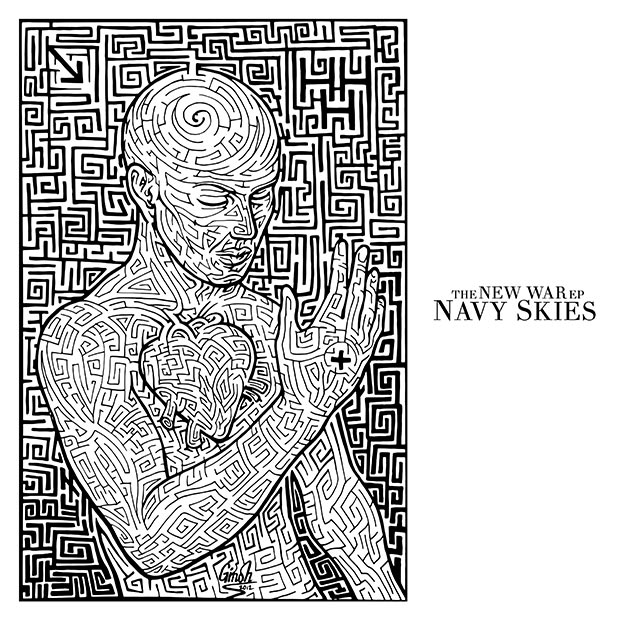