The Skinny: Death metal legends Massacre have returned with their first studio album effort in almost 20 years! Due out April 1st in North America via Century Media Records, this new album, Back From Beyond, is “pure Florida death metal, the way it was meant to be played from the Sunshine State” (DecibelMagazine.com). For a preview of Back From Beyond, a new track, “Shield Of The Son”, can be heard just below!

Terry Butler (bass) comments: “We chose ‘Shield Of The Son’ because it’s a song that is further into the album. This gives our fans a good idea of the strength of the album. It showcases what Massacre is all about: catchy, riffy, brutal Florida Death Metal!”

Returning to the roots of Massacre’s early 90’s trademark sound, Back From Beyond was recorded and mixed by Tim Vazquez of CGM Studios, Florida, and features original Massacre members Rick Rozz (Guitars; ex-Mantas/Death) and Terry Butler (Bass; Obituary, ex-Death/Six Feet Under), as well as Ed Webb (Vocals; ex-Diabolic/Eulogy) and Mike Mazzonetto (Drums; ex-Pain Principle). Back From Beyond features cover artwork by Toshihiro Egawa (Cryptopsy, Krisiun, Devourment).

Back From Beyond Track Listing: 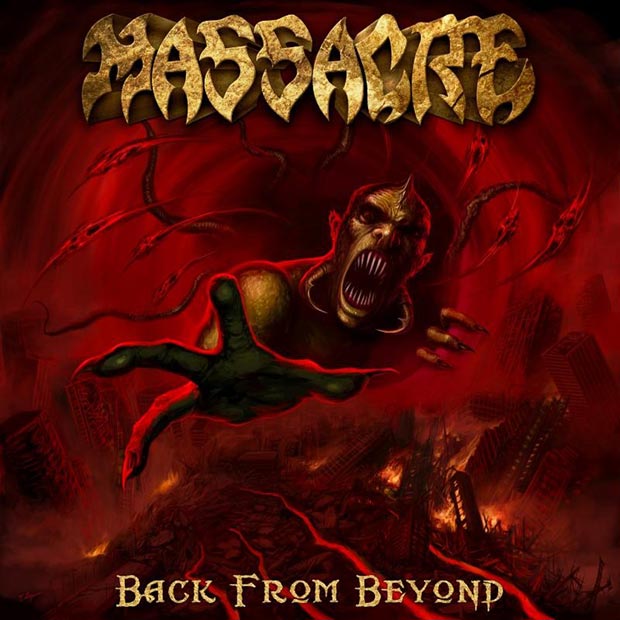