Odonis Odonis hail from the land of the ever-growing wicked music scene, Toronto, Canada. Playing a form of music they label as industrial industrial punk-gaze (or industrial surf-gaze), the trio, featuring members Dean Tzenos, Jarod Gibson, and Denholm Whale, are getting set to release their new album, Hard Boiled Soft Boiled, via Buzz Records on April 15th. Normally with a gear review a band tells us about a “normal” piece of gear, well Odonis Odonis ain’t normal and neither is this gear review. Enter drummer Jarod Gibson and what the band call “THE WALL”.

What one piece of gear do you use to obtain your signature sound?
Gibson: What we affectionately refer to as: THE WALL. 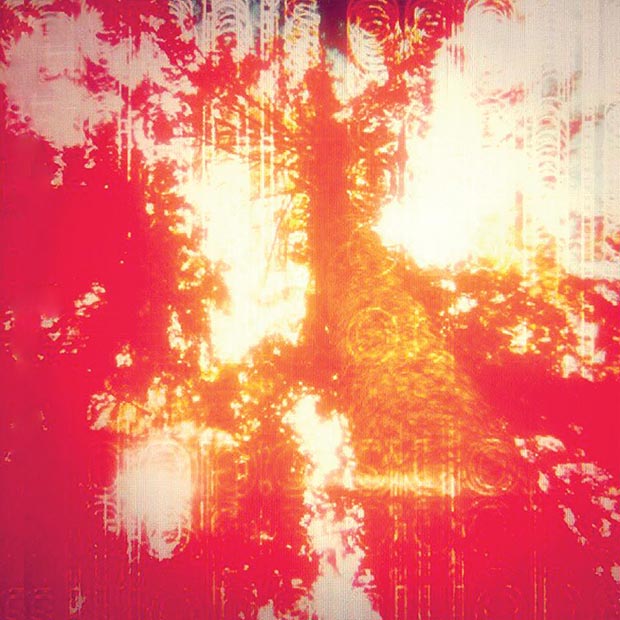 What about it makes it so important to you?
Gibson: It helps us sound real real good.

How do you recreate your album (guitar/vocal/bass) tones in your live set?
Gibson: If the recorded song came before the live version, then we will sometimes use samples directly from the recording or, if we are re-interpreting the song then we will create new sounds. For example, the song “Breathing Hard” on Hard Boiled Soft Boiled is more in a psych-rock vein but live we are using a modified 707 drum kit and took the song in a post-punk direction. 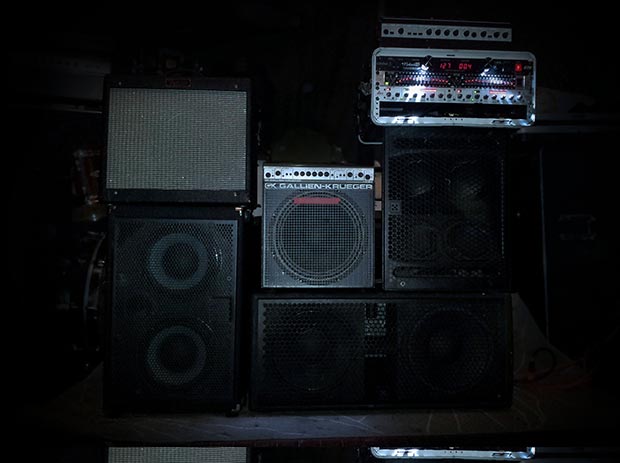 What are the major pros and cons?
Gibson: Pros: This configuration allows us to easily shape and control our sound to a high degree while keeping it consistent no matter what setting we find ourselves in. Cons: It’s very specific gear so we need to take it with us everywhere. Going to Europe for the first time we had to use substitutes and the result was not ideal.

How long have you had it, how do you use it, would you ever change it?
Gibson: We’ve had it since the beginning and it will continue to evolve over time.

Check out the song “Angus Mountain”