Post-hardcore phenoms Chiodos are back at it! Recently signed to Razor & Tie, a label renowned for its killer roster and stellar recordings, and who are set to release this sextet’s new album, Devil, on April 1st, 2014. With a large North American tour (see all dates and buy tickets here) lined up, we wanted to chat with the band and learn more about this new effort. Thankfully we snagged some time with Chiodos lead guitarist and back vocalist (and frontman for The Fall Of Troy) Thomas Erak to learn more about the gear he holds dear!

What one piece of gear do you use to obtain your signature sound?
Erak: Definitely my Budda amplifiers and Gibson Guitars. 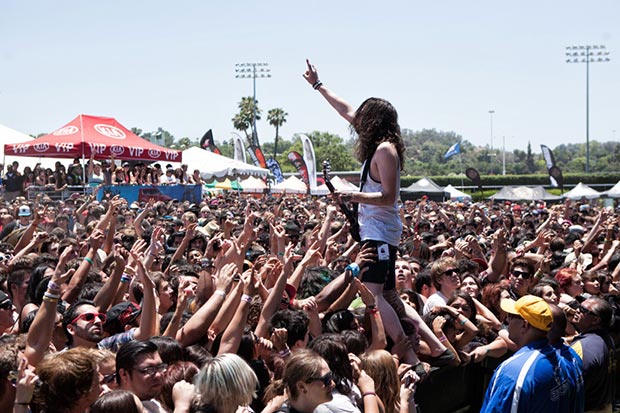 What about it makes it so important to you?
Erak: Just the combination of the amps tone, as well as certain types of humbuckers, but I don’t wanna give away all my secrets haha.

How was this gear used during the recording of your latest album?
Erak: I used my Budda stack in conjunction with a modded Fender Blackface Bassman out of a Marshall Cab. 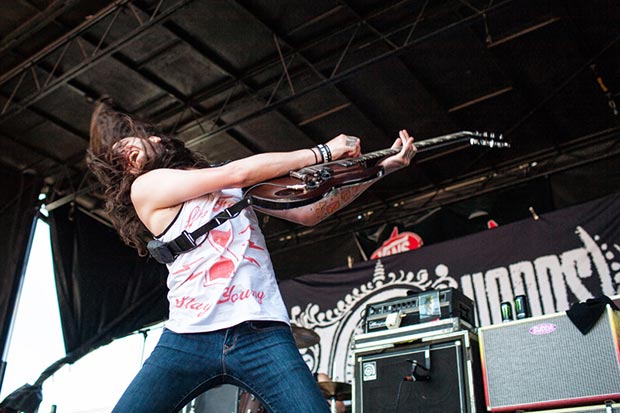 How do you recreate your album (guitar/vocal/bass) tones in your live set?
Erak: I use the same settings and volumes and guitars I use in the studio onstage so that tone is congruent.

What are the major pros and cons?
Erak: There aren’t many cons other than the fact that I’d like to get my hands on some more low gain stuff for the love show. 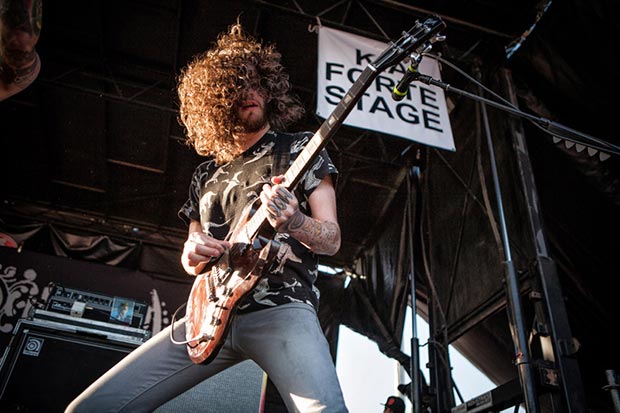 How long have you had it, how do you use it, would you ever change it?
Erak: I have had my Budda gear and Gibson gear since my Fall of Troy days. I love it and took my time getting all this gear so I am extremely happy to work with both companies. 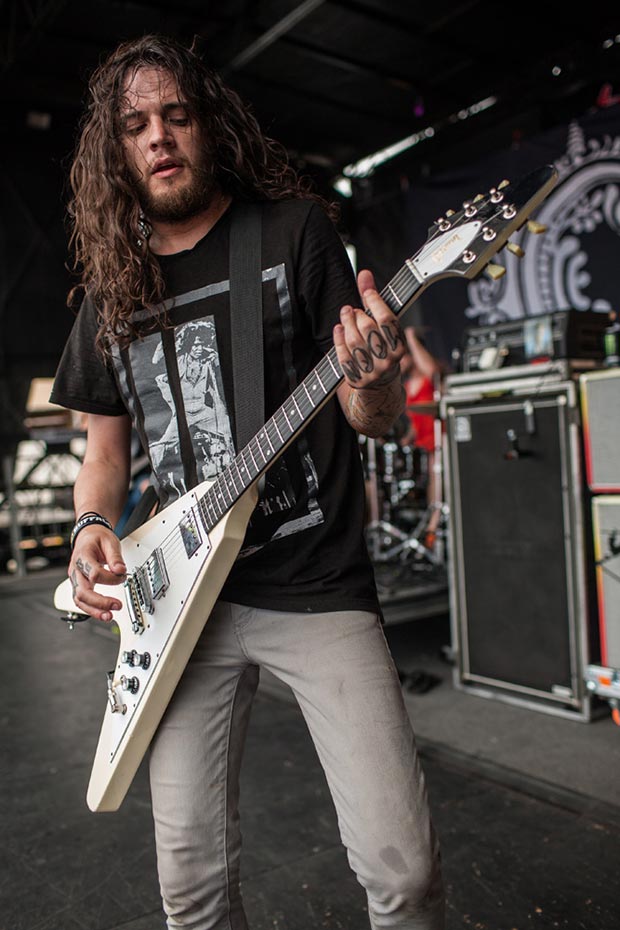 Give us your best “gear goes wrong” story.
Erak: Oh man, in Chiodos I’ve been a lot more lucky and run a tighter ship, but with TFoT I had so many amps and pedals shit would go awry on a nightly basis, it drove me and my tech up the walls! So I scaled back a little to clean up the issues.

Any final thoughts or comments on the gear?
Erak: Def check out Budda amps if you’re looking for a versatile, amazing set of amplifiers. They have something for everyone! 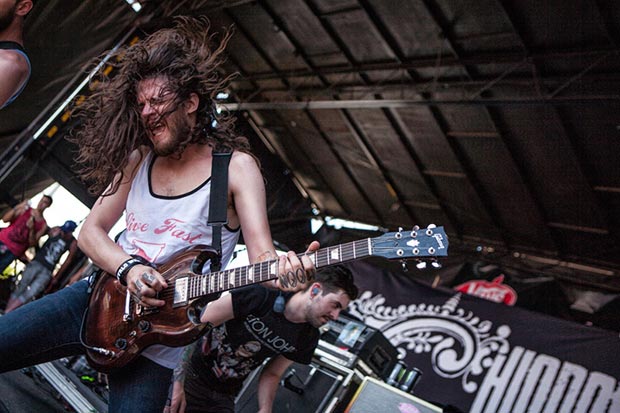 Check out the song “Ole Fishlips Is Dead Now” 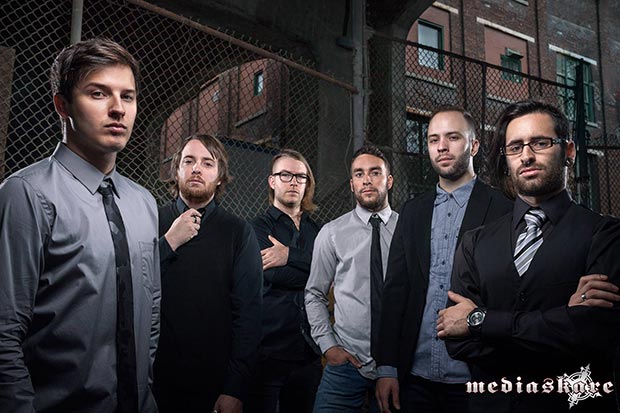 The Prestige – “World At My Feet” [YouTube Song Stream]