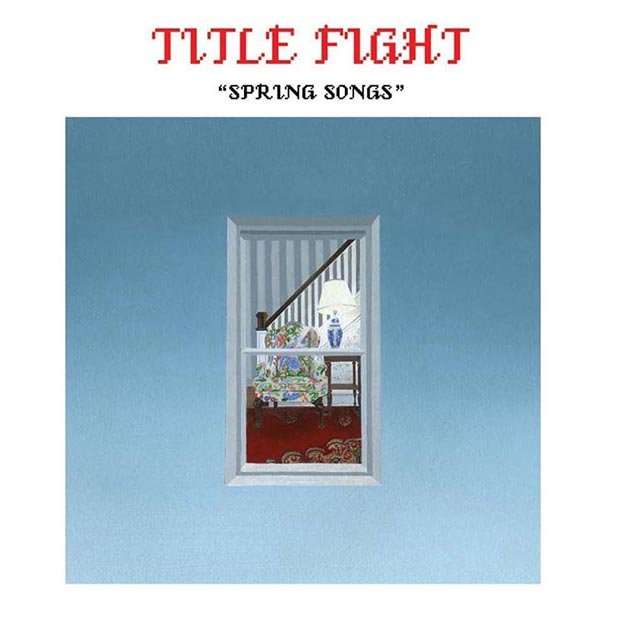 The newest offering from Pennsylvania’s Title Fight is a quick collection that works as a go-between for 2012’s Floral Green and whatever is to come from this powerful quartet. It’s a tidy item as a standalone, but the four songs suggest flux and experimentation more than definitive intentions.

“Be a Toy” is the single, with the poppiest melodies we’ve heard from Title Fight, but “Blush” is probably the strongest effort. A spiky, brooding track, it’s the only time we hear Russin’s trademark holler on Spring Songs, which lends the song a bristling lead which is missing elsewhere.

Spring Songs is ultimately, like every Title Fight record before it, propelled and voiced by the guitar work. Almost exclusively this record uses dissonant leads and ragged chords – all characterized by that biting distortion Title Fight has loved since 2011’s Shed – to define their sound. It’s their best trait, and they know it.

Check out the album ‘Spring Songs’