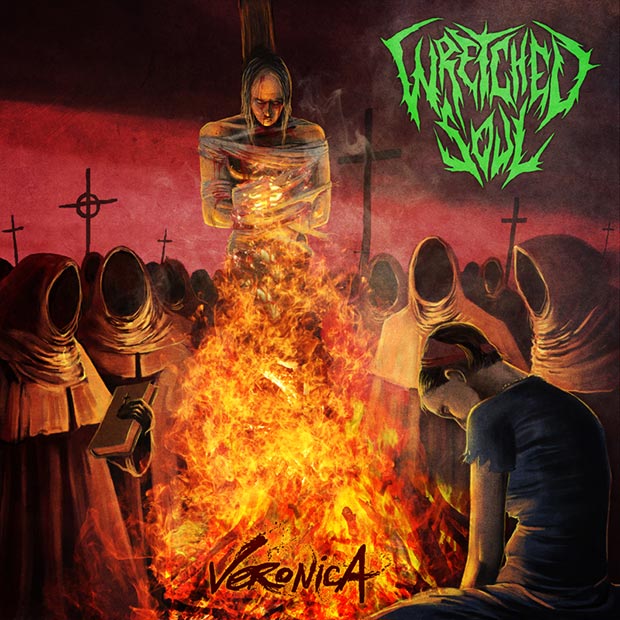 If there is one thing us British metallers do really well it is pay homage to our metal roots, and Canterbury thrashers Wretched Soul are no exception to the rule. Paying tribute to traditional metal, real ale, and headbanging, Veronica is a full-throttle, denim and patches clad trip down heavy metal memory lane.

Yes it has a modern twist with its hints of The Black Dahlia Murder but, at the end of the day, Veronica is eight tracks of raw, tatty at the edges, heavy fucking metal inspired by Judas Priest, Cradle Of Filth, Iron Maiden, and every other British metal band you could think of. “Summon The Hunter”, “Black Wings Of Treachery”, “Dash To Destruction”, they’re all songs with big metal screams and galloping riffs that you can’t help but pound your fist and bang your head to.

Some may describe it as dated, some may call Veronica old-school; however, like all traditional heavy metal since, well, forever, there is something so gloriously over-the-top about Veronica that, if you’re a fan of anything pre-1987, will be a musical orgasm for your ears.

Wretched Soul are a British metal band through and through. Mixed with the real ale, there is a traditional British metal steel running through their veins and the end result of a life listening to scratched Judas Priest and Iron Maiden vinyls while sowing Diamond Head patches onto your denim jacket can be heard right throughout this album.

Check out the song “Where Shadows Ride”