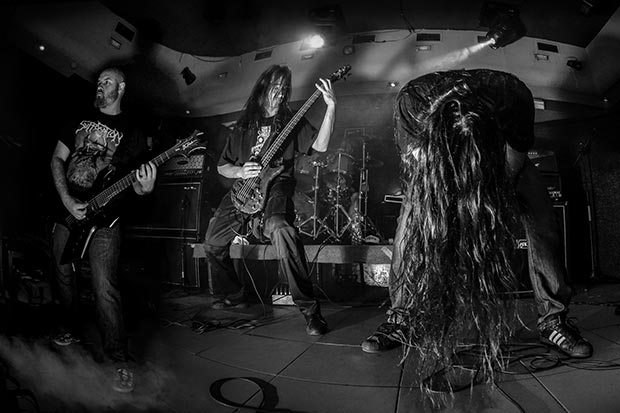 The Skinny: Tromort recently inked a deal with the Canadian underground label Mulligore Production. Based in Mostoles (20 km Southwest from Central Madrid, Spain), the group is hard at work on their upcoming untitled offering, tentatively set for release on December 13th. A few select tracks from the album were previously included on a split CD delivered to the world by Nooirax Producciones.

The four cuts “No Tendrá Piedad”, “Mi Propio Enemigo”, “Inocentes en mis Manos” and “Y la Sangre Llegó al Río” were recorded and mixed in July 2011 by Kike Novillo in their own rehearsal room. In December 2012, “Ansia” and “La Última Guerra” were recorded and mixed by Frank Rotthier, and then mastered by James Plotkin. Those tracks were never officially put out, and will be included on the group’s first release on Mulligore. The first official single, “Inocentes en mis Manos” (“Innocents in my Hands”), can be streamed above. 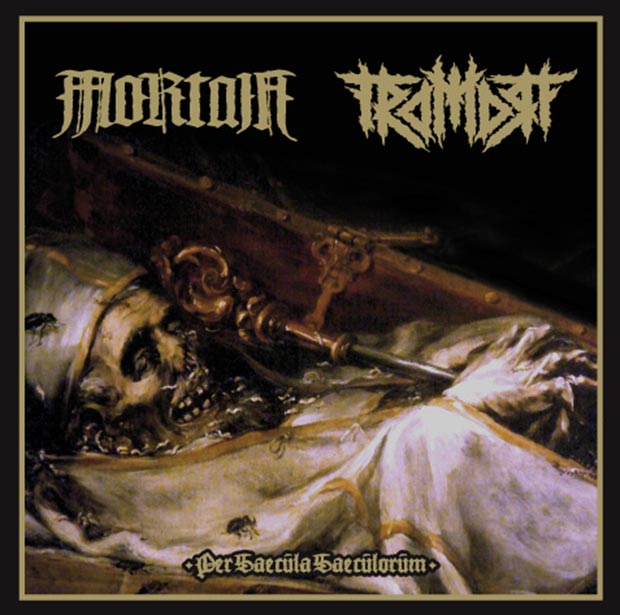