At around 2:00 pm on Wednesday, November 13, I connected by phone with Vidar Landa, one of Kvelertak’s guitarists. At that time he was just unloading the band’s the tour bus in preparation for a show at Underground Arts in Philadelphia. The fast-growing rock group is currently on tour with High On Fire – be sure to check them out live! The conservation below was all about the tour, vices, and recreation – check it out.

What’s new with the band?
Landa: We’re doing a tour with High on Fire in the States and a couple of tours in Canada. Basically, just a lot of tours.

How’s the tour going?
Landa: It’s great. Every time we go to the U.S. it’s good and it keeps getting better.

Where are you right now?
Landa: We are in Philidelphia.

Where are you playing tonight?
Landa: We are playing at a place called Underground Arts.

Check out the song “Månelyst”

Have there been any challenges on the tour?
Landa: It’s been smooth sailing. The shows have been great.

What do you do after you finish a show? Do you ever go out?
Landa: Have a few beers after. We don’t really go anywhere except tomorrow we go to New York and will probably do some shopping.

What’s your favourite drink after a show?
Landa: I keep to beer. Try not to over-do it. When the band first started touring we drank a lot but now we’re more chill and we try to even it out. I like smoking better anyway? 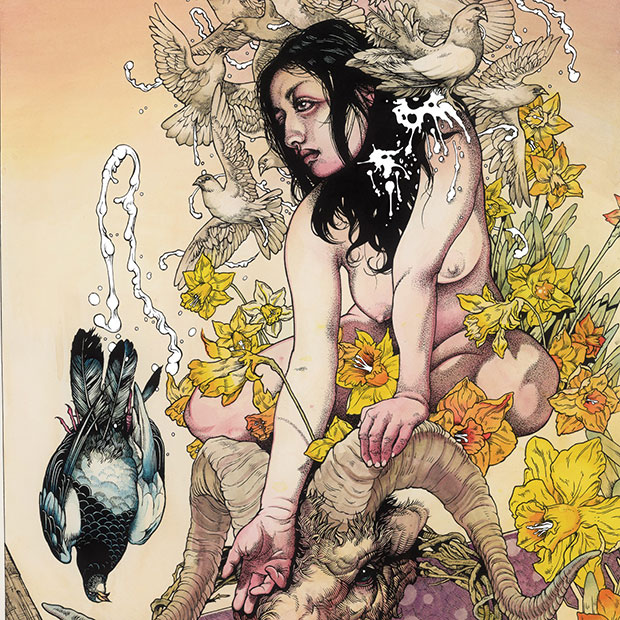 When I was in Norway I noticed that a lot of people do chewing tobacco as well as smoke. Do you do that too?
Landa: I do that too. Normally I buy it at the airport. I’ll by like 10 or 20 boxes and that should last for the tour.

I’ve never tried it.
Landa: The first time you try it can be rough. You might puke. You should try it.

Haha… ok. Do you guys have any pre-show rituals- like what do you do before a show?
Landa: We’ve been playing a lot of Backgammon. I lost $60… We just hang around and chill out. There’s not much apart from playing shows which is the fun part. It’s like being on a school trip.

But without the chaperone?
Landa: Yep.

Check out the song “Evig Vandrar”

How does it feel to play shows now that you guys are not the opener?
Landa: Well, we are the third one to play before High On Fire and the line-up changes. Now we’re supporting our own fans so it’s easy to do shows. The turn out’s great…

Are you looking forward to going home?
Landa: Yeah, we have five weeks off so it’s going to be great. Relax and celebrate the tour.

Will you do any winter sports… like ski?
Landa: I used to when I was growing up but I don’t do it much anymore. It was just so cool to go in the Alps last year when we were on tour. I should do it more I guess.

What are you guys doing in the future?
Landa: Next year will be busy too. It’s shaping up to be a good year. You have to wait and see.