Welcome to part 3 of our ongoing coverage of Heaven’s Basement current major North American tour with The Pretty Reckless which will see the bands playing until November 11th before heading off to tour in the UK. Heaven’s Basement recently wrapped a headlining tour of the UK, including a sold-out show at London’s The 100 club. Heaven’s Basement’s latest album Filthy Empire has been performing extremely well, including the hit song “Fire, Fire” which was a top 20 song on the Active Rock charts. Check out what drummer Chris Rivers had to say about the current tour! 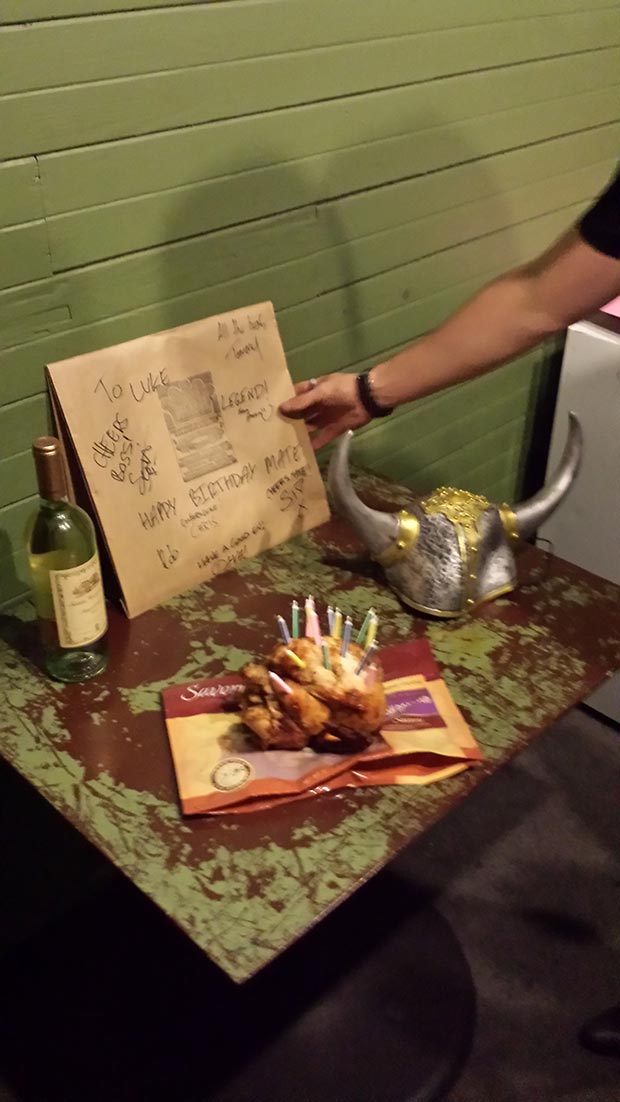 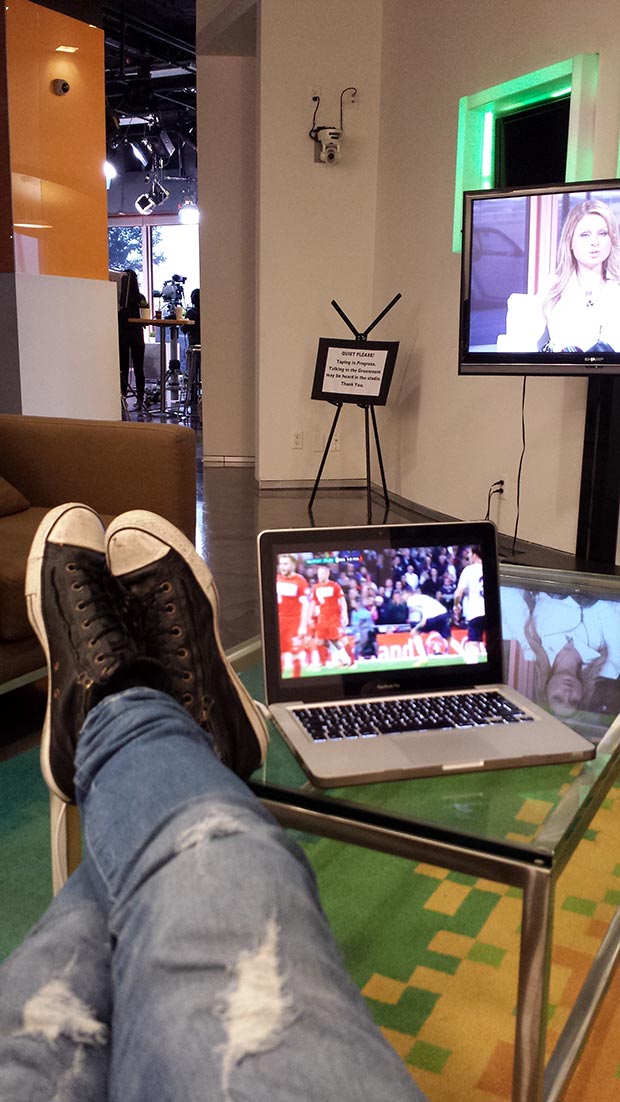 All of the shows were some of my personal favs of the tour, House of Blues venues are great, we’re the type of band that loves a bit of room to move around on stage, these venues allowed that for us which was killer! The LA show day was a busy day as we had a lot of friends around that came to the show. We’ve been sticking to the same set list for the past 10 shows or so, we’ve got in a good flow that’s working really well. 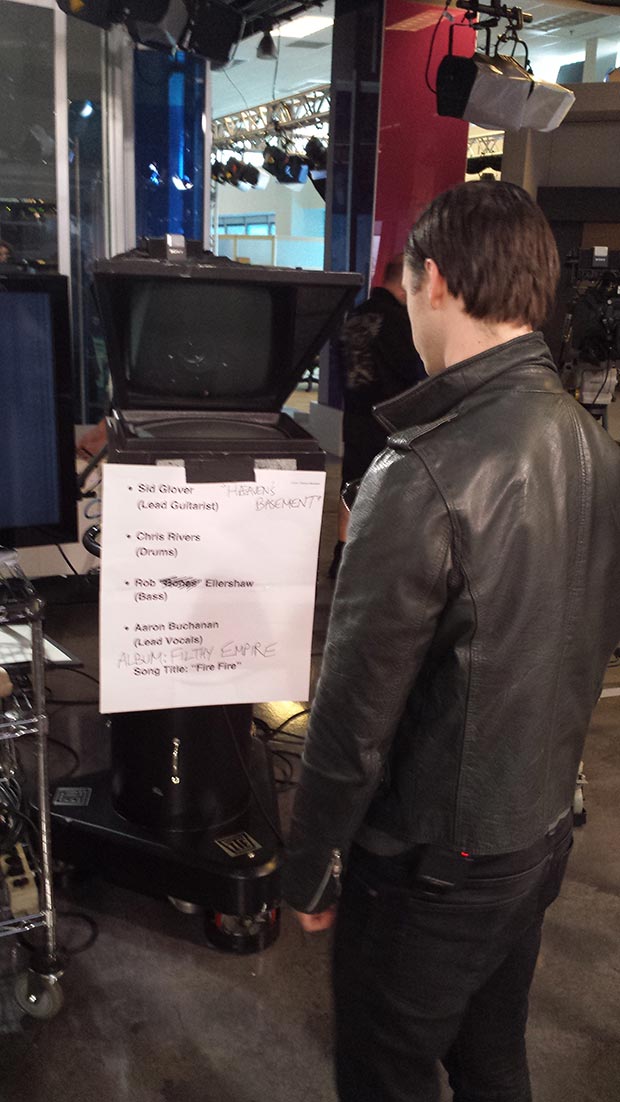 San Francisco was another good show, got to see Alcatraz driving into town as well which was awesome (I think The Rock is one of Rob’s fav films). This show was pretty much the last good weather show of the tour, next stops were Portland and Seattle. The Northwest of the U.S is fast becoming one of my fav parts, awesome scenery and all that stuff when driving around. 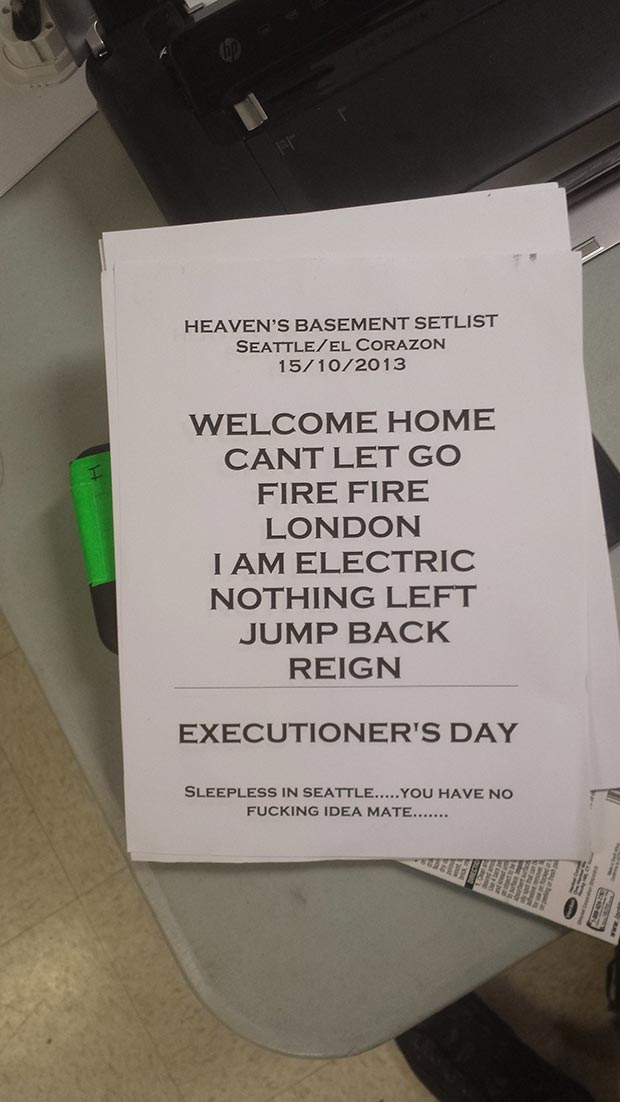 Portland was the first tour birthday of this tour, it was our tour manager Luke’s birthday (which he tried to keep as quiet as possible!). He basically eats chicken… a lot of chicken so his birthday cake was a chicken stuffed with candles, a Viking hat and a Metallica vinyl. 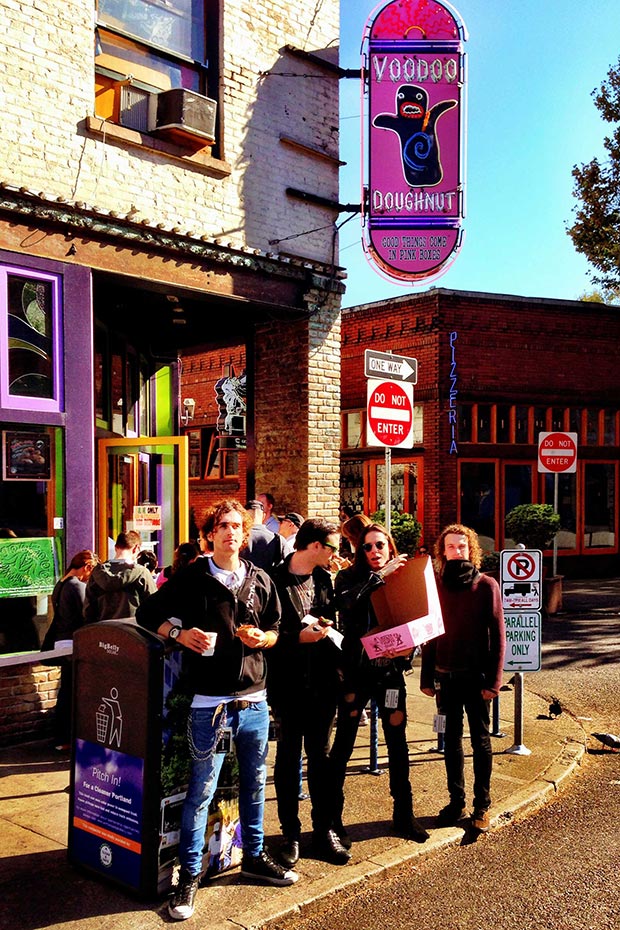 Seattle show day was an early start as we had a morning TV appearance across the border in Vancouver so it was a case of smashing through that then a race against time to get back to Seattle in time for stage time (which we made just about!). 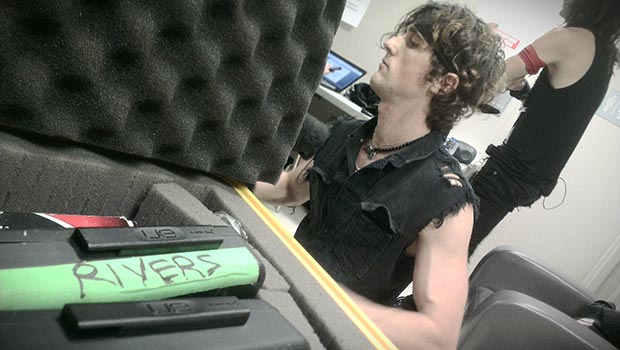 Canadian dates begun for us in Vancouver, we’d never played this city before. The venue was a cinema which was kinda cool. One of my highlights of the show was bringing a room panel down with a flying drumstick. 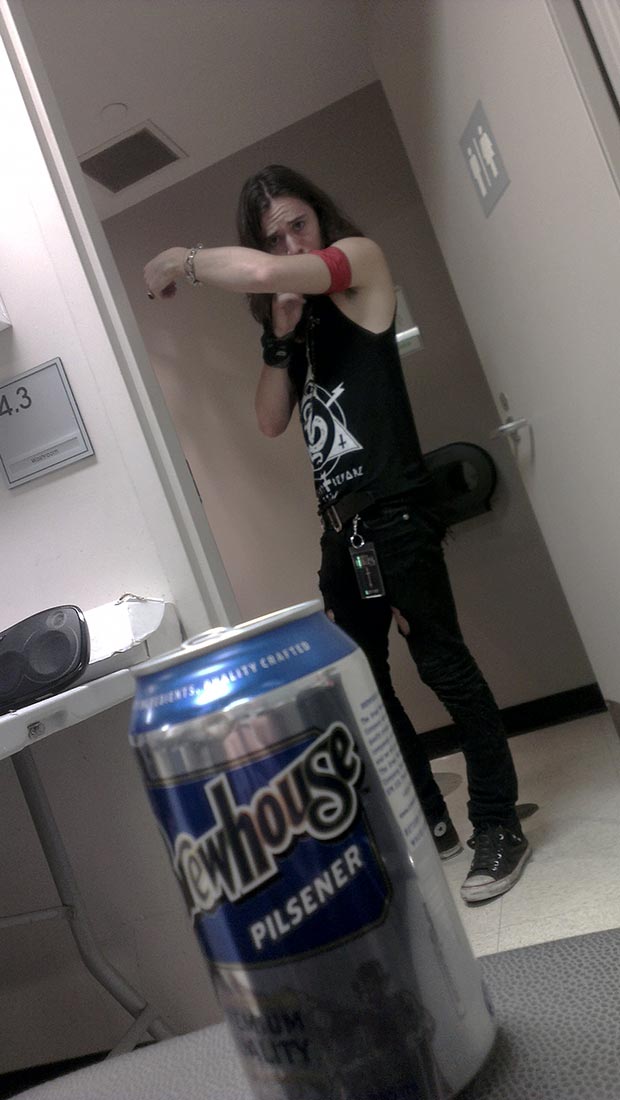 Edmonton, Calgary were killer shows, maybe my fav of the tour so far! We played these places back in Jan with Buckcherry so it was great to meet people who discovered us on these shows. I’ve decided to start getting rid of old drumheads on this tour by painting them and putting them on merch, it’s good to see people want them! 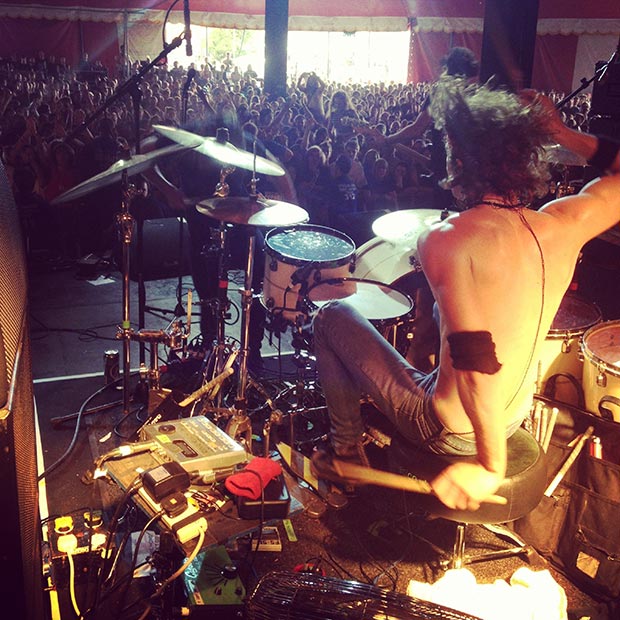 Calgary was probably the smallest stage we’ve been on for a long time, there was basically people leaning against my kick drum on the front row… the gig was metal… I get a buzz out of gigs that are totally carnage, this was one of those. Blood splattered drums, broken instruments etc… really good night. 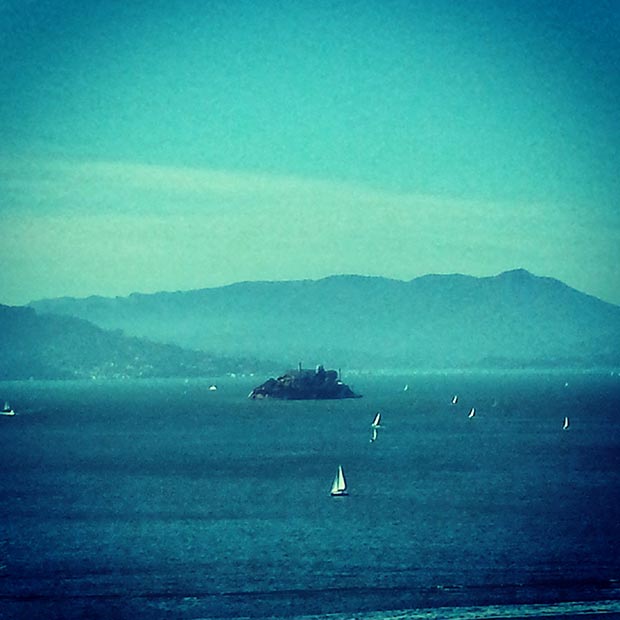 So, I’m writing this on the way to Winnipeg after playing Saskatoon tonight, Winnipeg is the coldest place I’ve ever experienced back in Jan so I’m excited to see what challenges, fun and games tomorrow has to offer! Let’s do this! 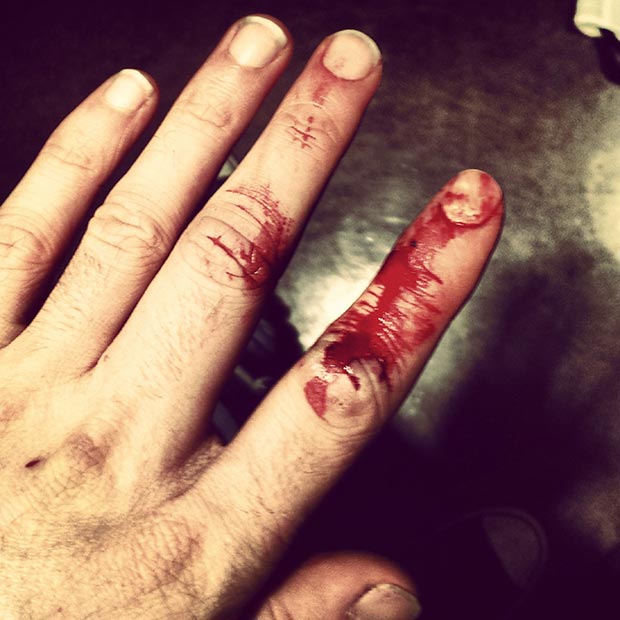 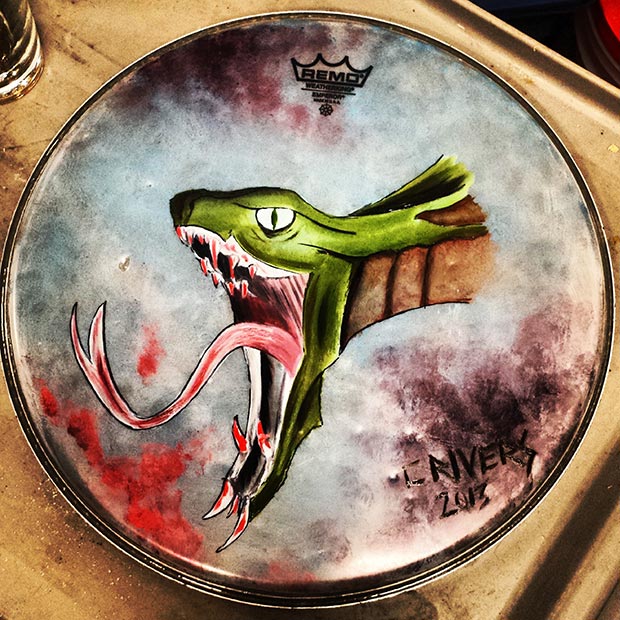 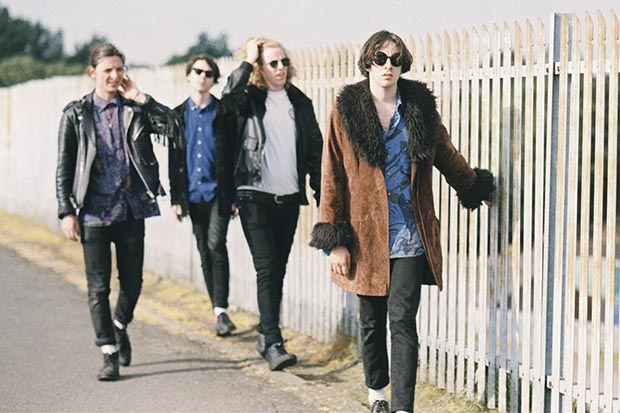 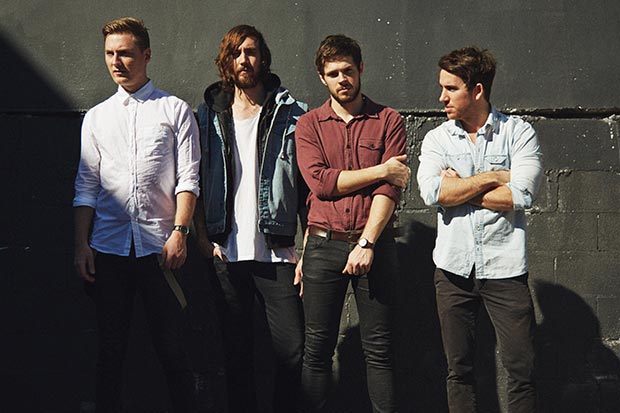