Welcome to part 4 of our ongoing coverage of Heaven’s Basement current major North American tour with The Pretty Reckless which will see the bands playing until November 11th before heading off to tour in the UK. Heaven’s Basement recently wrapped a headlining tour of the UK, including a sold-out show at London’s The 100 club. Heaven’s Basement’s latest album Filthy Empire has been performing extremely well, including the hit song “Fire, Fire” which was a top 20 song on the Active Rock charts. Check out what bassist Rob Ellershaw had to say about the current tour! 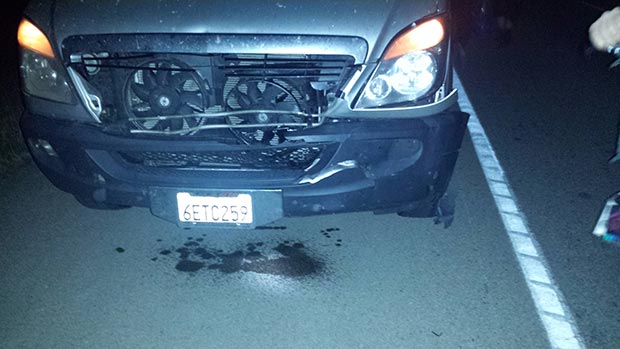 So literally as soon as Chris finished writing his blog shit got real VERY quickly. On the only long night drive of the tour, in the middle of nowhere at four o clock in the morning while it was minus five outside a deer decided to play a game of chicken with our van and lost (or won depending on how you look at it!!) The van managed to limp to the nearest hotel so at least we didn’t freeze to death but that was the last journey I think it will ever do! (at the time of me writing this I think the van will cost around $10,000 to repair!) 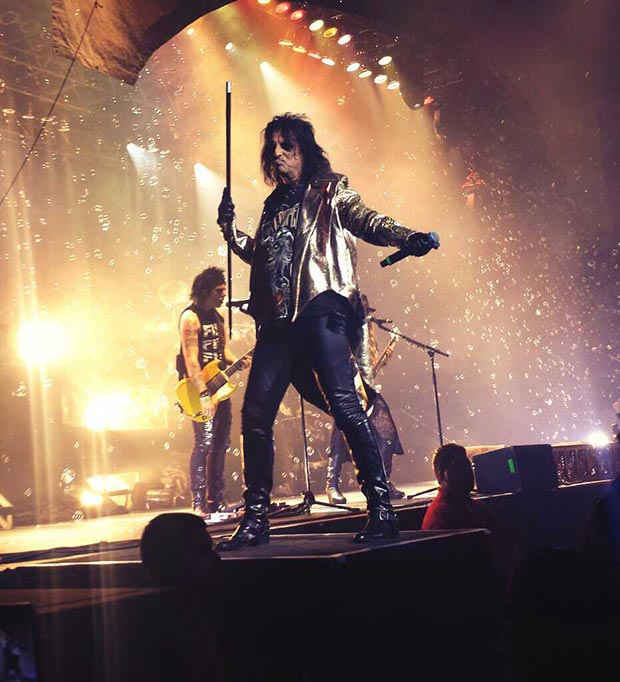 Over the days that followed we just about managed to do all the shows by renting people carriers and a truck to tow our gear trailer, there were a few mental drives and a horrendous trip for our crew member Tommy which consisted of driving us from Winnipeg to Minnesota then waking up a few hours later to drive and return the car back in Winnipeg then hop on a flight to Minnesota to meet back up with us later that night! It’s ok though cause he’s a wannabe pilot! The Varsity in Minneapolis was one of the coolest venues we’ve ever played and the shows in Canada were quality, so despite the deer’s best efforts we still had an epic week! But the weekend was about to step up… 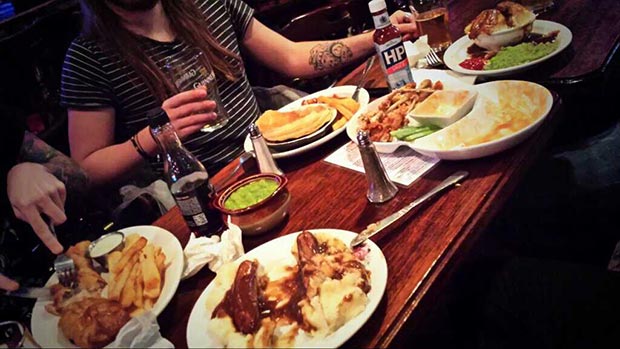 On Thursday 24th November we flew from Chicago to Orlando for a weekend’s worth of Halloween shows with the legendary Alice Cooper, as well as our mates in Papa Roach, Bullet For My Valentine, and Pop Evil, but more importantly that night we discovered an English pub five minutes away from our hotel! The Fox and Hound served a vast array of English meals and we decided to sample them all! (see photo for details!) 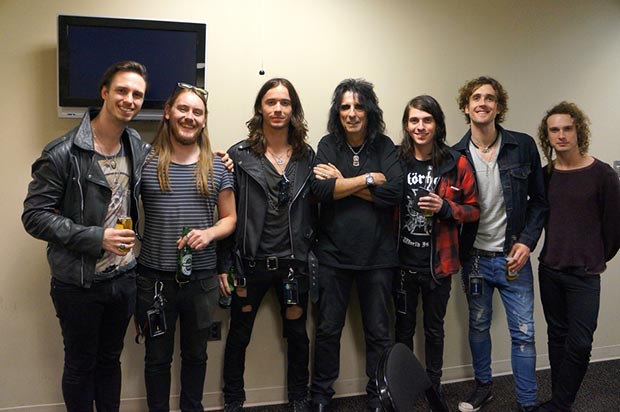 The show in Tampa was our first-ever time playing an arena! Chris has been a lifelong Alice Cooper fan so I think the whole experience felt very surreal to him but we all left the stage feeling like we’d left our mark! Watching Papa Roach was awesome because every time we see them play they always smash it! And seeing Alice put on his Halloween show was an incredible experience! As soon as they’d finished playing Alice walked straight up to our dressing room, shook hands with us all and our complimented our performance! He really is a quality guy and later that night we got a photo with him backstage. That whole night was insane and it’s fair to say Alice Cooper has seen it all! He’s hung out with Keith Moon, partied with Elvis, joked around with John Lennon, but most impressive of all – he’s met Colonel Sanders! 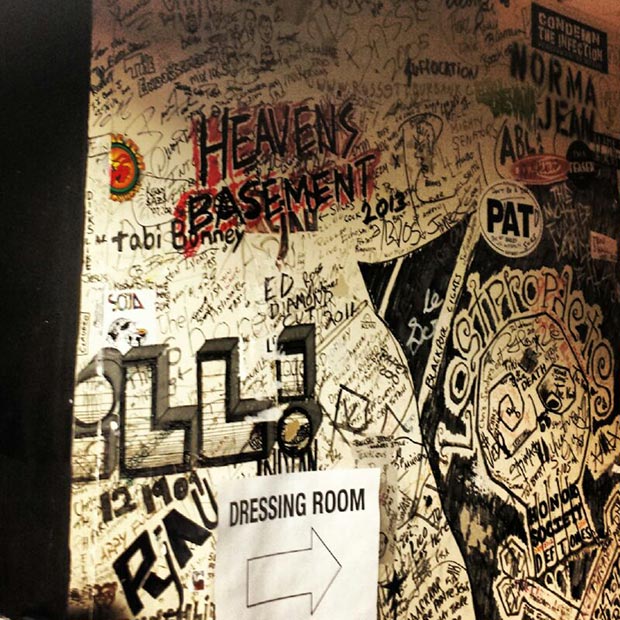 The show the next day was in the amphitheater in Tampa, Tampa was the place Zeppelin broke the Beatles’ record of biggest attendance at a show so that added to the magic of the day and all of us were bursting at the seams to get out there and play! It felt even better than the day before and we got to play for a bit longer as well so it was good to end our weekend on a high! We had to leave the venue during Papa Roach’s set as we had to fly back to Chicago for a show the next day but hopefully we’ll get to catch up with those guys again soon! 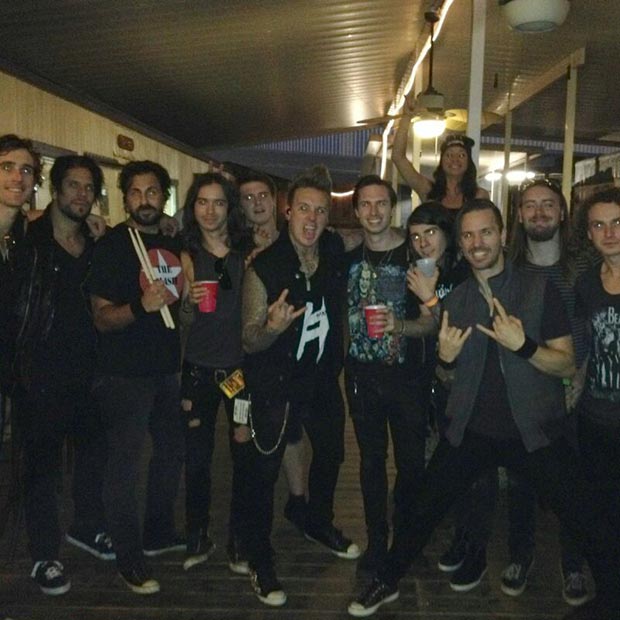 We rejoined the Pretty Reckless tour at the House of Blues in Chicago, those venues are always epic and the stages are massive so we had a quality show! The next day we had an acoustic session with both bands from the tour at a local radio station and the rest of the day off so we decided to spend the night sampling some traditional deep dish pizza! After that it was off to Columbus (still in temporary mini van convoy) which was cool as we’d played there earlier in the year at Rock On The Range. 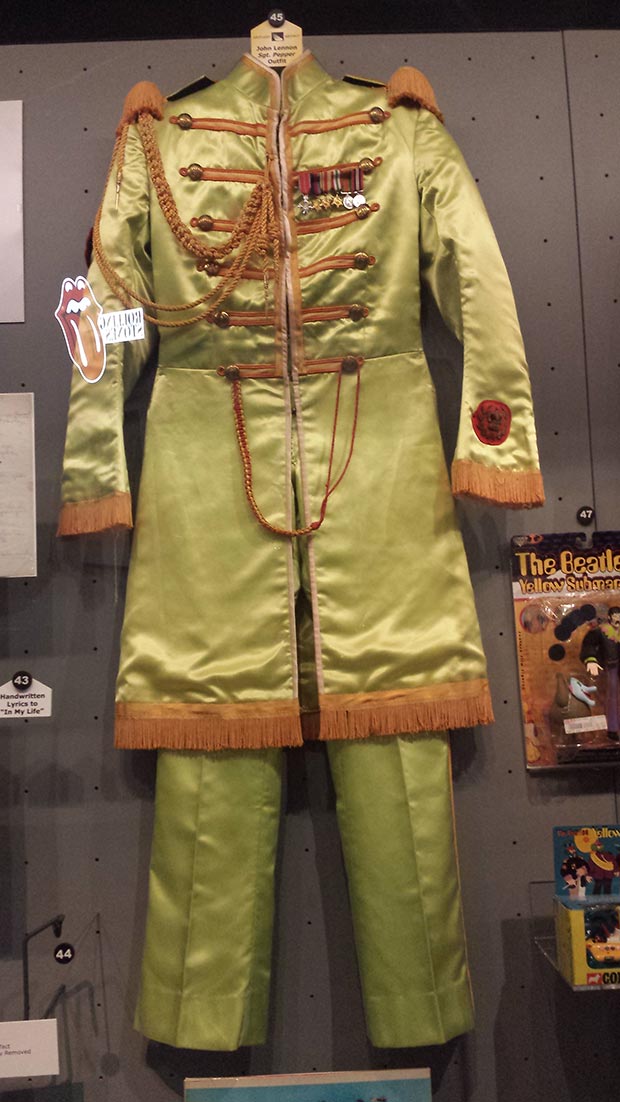 The next day we played Pittsburgh and finally sorted our van problems by getting a bandwagon of the rest of the tour! Halloween was spent in Cleveland, Ohio but more importantly we got to visit the Rock ‘n’ Roll Hall of Fame museum! There was way too many amazing things to write about but the highlight for me was seeing John Lennon’s Sgt Pepper suit as that was an album that’s been in my life since I can remember! I’m writing this diary backstage at our show in Cincinnati, the place we played our first show of our trip over here two months ago today! 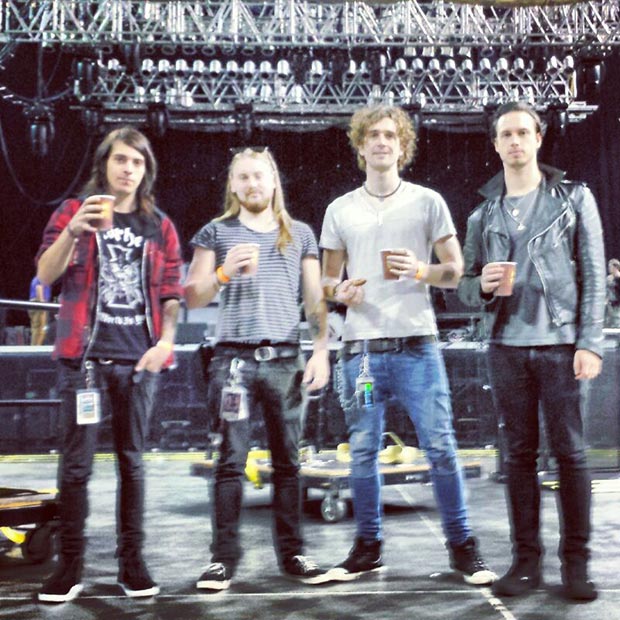 The venue is right next door to what can only be described as the equivalent of Willy Wonka’s factory for musicians! Normally I hate music shops but this one specialises in vintage gear and had three floors worth of equipment I’ve only ever read about!! We have the day off tomorrow and at the time of writing this we’re genuinely unsure whether or not to travel to Washington DC and do some sightseeing or just stay here and spend all of tomorrow trying out all of their gear!!! I’ll leave it with Sid to tell you the outcome… 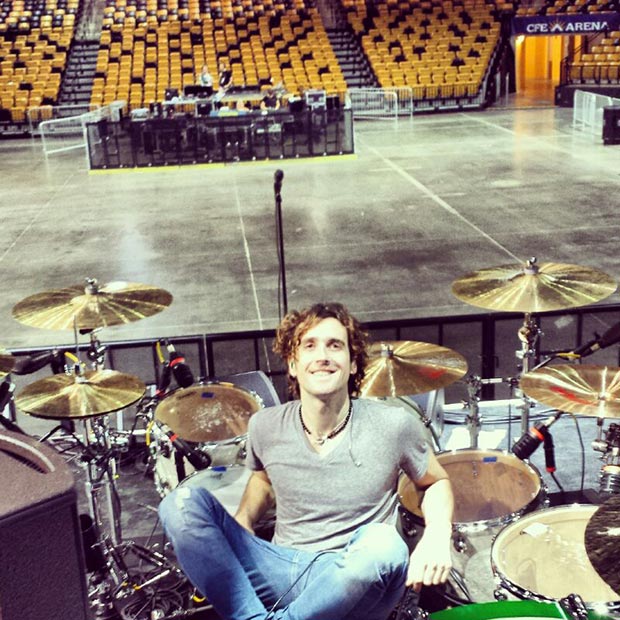 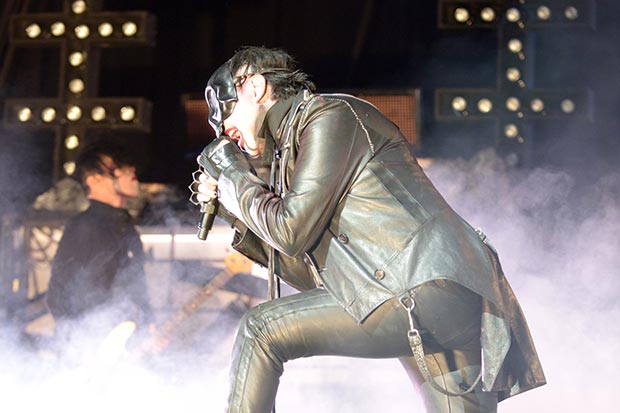 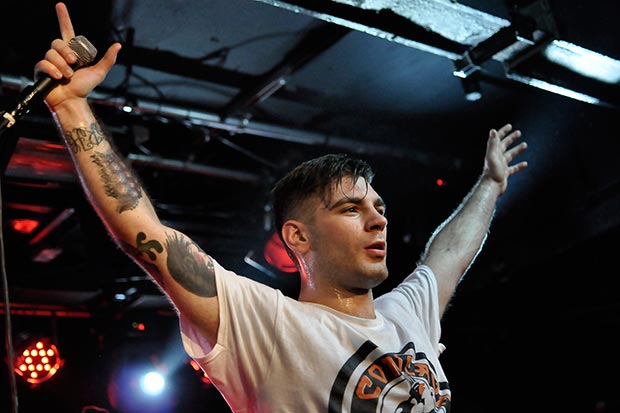