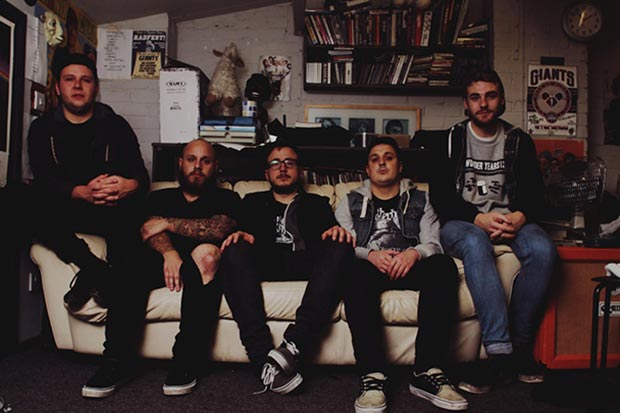 The Skinny: Reading’s brightest hardcore hopefuls Golden Tanks have announced today that they are set to release a free download of their brand new single and video, “Different Shades Of Red”, on Monday November 25th, 2013 via Bandcamp. In the meantime you can stream the new song via the SoundCloud player just above!

After being picked as the wildcard for last years Red Bull Bedroom Jam, Golden Tanks had a tough 6 months. Their drummer contracted meningitis and they had to take a step back and await his recovery before they could capitalize on the opportunity. All recovered and raring to go they went into the studio and recorded their follow up to their debut EP Golden Tanks.

The resulting release R.D.H.B was a critically acclaimed, blistering 5 track EP about hard times, being friends and the simple art of enjoying yourself that proved this band truly understand the ethos of great hardcore and punk.

New single “Different Shades Of Red” picks up where the band left off and as per usual delivers more punch-per-pound than the average prizefighter, vocals so rough you could use them to file down steel and a fierce intensity often emulated but never bettered. Where others are imitating their US counterparts, Golden Tanks are innovating, sprinkling a decidedly UK underground flavor onto the meaty chops of Cancer Bats, Every Time I Die and The Chariot.