The Skinny: Southern California shredders Exmortus have released a new 7-inch single, “Immortality Made Flesh.” The A-side title track is a new song from the group’s forthcoming Prosthetic debut, due out in February; the B-side is a blistering cover of Judas Priest’s “Freewheel Burning” exclusive to this release. Limited to 300 copies, the single – the Cyril Van Der Haegen-designed cover artwork for which appears below – can be ordered now at this location. You can also stream/download the title track via Bandcamp above!

Last weekend, Exmortus – whose invigorating twin-guitar mix of neoclassical shred, progressive death, classic thrash and traditional heavy metal has earned the group a devoted following in the Western U.S. – kicked off the three-week “Death Upon The West” tour with Hatchet, which continues through November 22nd. From there, the band will play the “Thrashgiving” festival in Las Vegas and a one-off in Los Angeles before returning to the road in early 2014 alongside Dark Tranquillity and Omnium Gatherum. 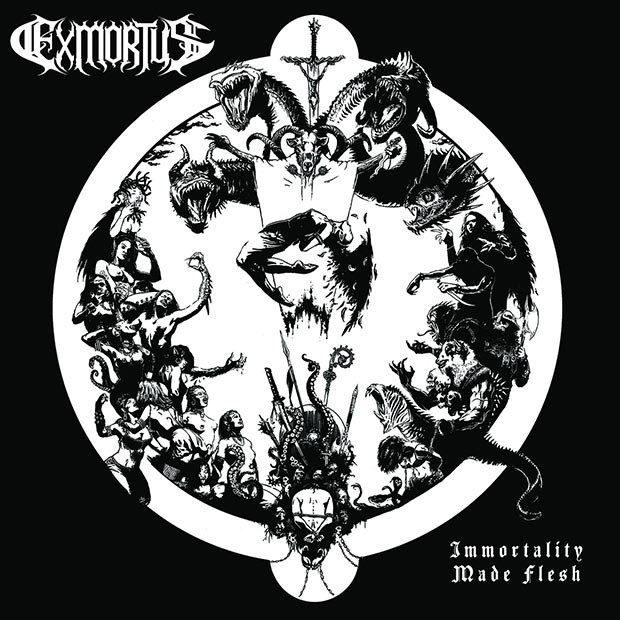